Solar birdbaths offer an energy-efficient way for birds to sip water, cool their feathers, and maintain their flight agility. 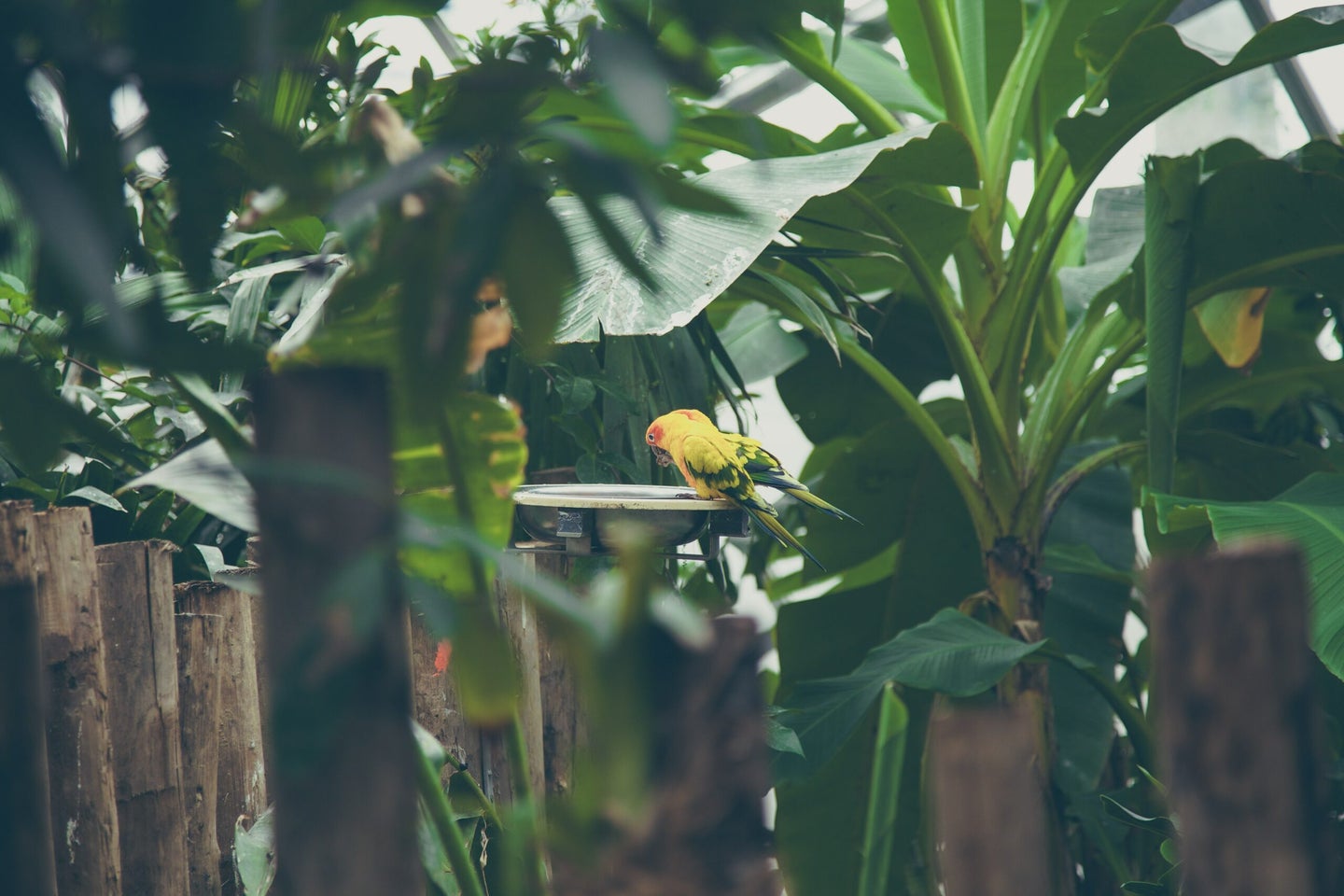 Bathing is an almost universal behavior among avians, yet scientists are still trying to understand the evolutionary advantage of clean feathers. While birds enjoy a good washing, they don’t splish and splash in just any mud puddle. They’re attracted to gently moving water that’s relatively clean. That’s where solar birdbaths enter the picture.

Solar power saves energy, eliminates cords, and, importantly, creates a quieter water pump: Birds can get skittish around new or loud noises. Some solar birdbath models also feature a battery that stores energy to power the water fountain after the sun goes down or on cloudy days. Birdbaths are a stand-alone way to attract birds to your yard, but they also make a great companion for a bird feeder. Once feathered friends call your yard home, they help boost the health (and attractiveness) of your yard by eating harmful bugs and weed seeds and pollinating plants.

What attracts birds to birdbaths?

Feathers serve several important purposes. They give birds insulation, waterproofing, and act as decoration to attract a mate. Consequently, maintaining the health of those feathers is important to keep birds alive and thriving. Almost all bird species regularly take a dip, but little research has been done on why birds bathe. There are several working theories behind the behavior, starting with the same reason people bathe: cleanliness.

Birds replace their feathers once or twice a year. However, the fronds collect dirt and bacteria and break down over time. Bathing removes soil and oils that may get in the way of flight, waterproofing, and insulation. Water can also help remove mites and bacteria that degrade the feathers.

A 2012 study of European starlings suggested that birds with clean feathers were more efficient fliers. What’s more, the scientists found that starlings that didn’t regularly bathe were less able to perceive threats and could be prone to long-term stress.

Scientists haven’t pinpointed all of the benefits of clean feathers, but they may also offer a survival advantage. In one 2009 study, bathed birds were more likely to eat food despite the threat of a predator, suggesting that they knew their agility could help them escape danger.

However, birds have their standards and don’t usually bathe in a muddy puddle. They prefer slow, moving water that’s generally cleaner. Birds also prefer shallow water; in depths of up to two inches, they can maneuver and wash in relative safety.

Do birds care about solar energy?

The panels absorb energy from the sun and turn it into power that fuels the pump.  Some models, hybrids, can also run off of solar or a standard power outlet. Hybrid models work well in areas where cloud cover may frequently block enough solar energy from reaching the panels.

This attractive birdbath includes a solar-powered water pump. The pump shoots water into the air anywhere from 12 to 20 inches to attract feathered friends. It also comes with multiple fountain heads to change up the water patterns, prompting birds to come back for more. The weatherproof polyresin’s antique copper finish looks classy, but it’s lightweight, so you can relocate it from your garden to your patio at any time.

Cloudy days won’t slow down the flow of this pump, thanks to an onboard 900mAh battery. One charge will  run the pump for 6 to 10 hours. Eight different nozzles change up the aquatic experience, spraying a maximum of 27.6 inches into the air. Features that protect the birdbath from running out of water and anti-clogging technology that keeps dirt and leaves out protect the pump from damage and extend its life.

Birds of a feather flock together? That’s the idea behind this glass birdbath bowl inspired by the peacock. The bowl’s bright colors and mesmerizing pattern offer a vibrant addition to your yard. Solar power keeps water moving, but it also provides fuel for LED lights, so the birdbath acts as a decorative feature day or night. The 18-inch bowl holds enough water to attract birds, yet doesn’t overtake the yard.

Transform a pond, bowl, or bucket into the birds’ favorite bathing spot with a floating, Technicolor island. This model runs on either solar energy or a battery that holds up to 5 hours of running time after the sun goes down. It includes four stabilizers to center it in a bucket or bowl, or it can float in a pond. Seven nozzles provide different spray heights and shapes, allowing you to adjust it to your (and the birds’) preferences.