Plus: Free vintage Sega games and the latest from the wild world of cryptocurrency. 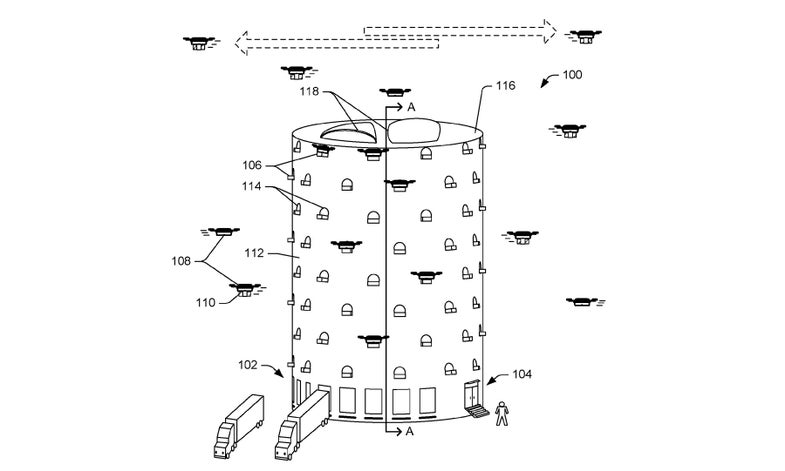 Summer officially started last week, so many of you were probably too excited to head out and do sunshine-related activities than to keep up on the week’s biggest tech stories. Luckily, we’re here to help. Here’s a rundown of the most interesting technology happenings.

An Amazon patent revealed possible plans to build drone distribution centers the size of large office buildings. The hives would live in central parts of cities and send out airhorn packages in every direction. Sure, it seems like science fiction and even a little “dystopian,” but scary edifices may be the price of progress and getting your Prime orders just a little bit faster.

Sega is releasing a bunch of its classic Genesis games for free as part of the Sega Forever series. The apps are add-supported, but you can pay $1.99 per game to play ad-free. The initial line-up includes Comix Zone Kid Chameleon, Phantasy Star II, Sonic The Hedgehog, and the game that soaked up a few hours of our weekend, Altered Beast. They’re available on both Android and iOS.

Ethereum—the increasingly popular cryptocurrency that’s currently competing with Bitcoin—had a pretty rough week. Prices reportedly plummeted from $365 per unit all the way down to just $0.10 on a prominent exchange, and then back up again. The wild fluctuation may have cost some users hundreds of thousands of dollars, but the exchange is promising to repay the losses. Be careful out there in cryptocurrency land.

Google is partnering up with Lenovo and upstart camera maker Yi Technology to make cameras for its VR180 platform. There’s currently not much info about the devices, but a line drawing on the site suggests one model will look like a compact camera with dual lenses.

Calling into a big meeting as a remote worker can be awkward. You sometimes feel as if you’re spying on the conference through a painting on the wall like a Scooby-Do villain. Owl, however, uses a 360-degree camera and a circular microphone array to allow you to see and hear the entire room. The project comes out of Playground’s West Coast Design Studio, which was founded by Android co-creator Andy Rubin.

Joshua Brown was killed when his Tesla in self-driving mode slammed into the side of a truck at roughly 70 miles per hour. According to reports, the driver ignored several warnings before the incident. It’s tragic news, but humans have been failing at self-driving cars for a while now.

The Ground Is (Almost) Lava

Record-breaking temperatures have been breaking lots of other things over the course of the week. Several flights had to be cancelled into and out of Phoenix because of the high temperatures. Here’s why that happens.

There was a time when news about Google Glass could dominate tech blog headlines at will. Now, Google has issued the first extremely minor update for the head-mounted camera/computer in three years. Don’t expect it to crawl back to life any time soon.

Snapchat added some location-based services its calling Snap Map. It allows users to share their locations, which friends can see visualized on an interactive map. You have to opt in to be a part of it, so it won’t track you unless you’re proactive about it.

One Plus Five Equals Phone

The OnePlus 5 phone debuted last week with a new dual-camera array (similar to the one found on the iPhone 7 Plus) and low $479 starting price.

Do want irony on social media?

Over the weekend, our buddy Elon tweeted some interesting info about the Falcon 9 rocket launch and landing. However, he also unleashed this classic, nonsensical Twitter poll, which racked up almost 90,000 votes.