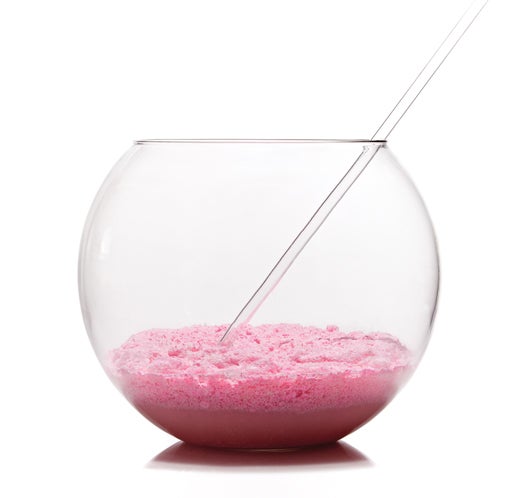 Most modern medicines are carefully synthesized organic molecules so potent that each pill contains only a few milligrams of the active ingredient. Pepto-Bismol is a fascinating exception, both because its active ingredient is bismuth, a heavy metal commonly used in shotgun pellets, and because there is a lot of it in each dose. So much, in fact, that I was able to extract a slug of bismuth metal from a pile of pink pills.

One two-pill dose of Pepto-Bismol contains 262 milligrams (more than a quarter of a gram) of bismuth subsalicylate, and about an eighth of that weight is bismuth. It’s not just bits of ground-up bismuth metal, though. The bismuth is combined chemically with salicylate, an organic molecule. To get bismuth metal, you have to reduce it chemically, the way iron ore has to be reduced to make iron metal.

I tried reducing Pepto-Bismol by heating it with charcoal, the same method used to reduce iron ore, but that didn’t work very well. All I got was crumbly slag. Fortunately, I found a better procedure with an assist from science-experiment website thechemlife.com, which recommends isolating the bismuth by reaction with aluminum in an acid solution. This way requires only muriatic acid (found in the paint department at my local hardware store) and aluminum foil (found in my kitchen).

The demonstration took a while: I had to grind, dissolve, filter, precipitate, and filter the stuff again. Not unlike the digestion process Pepto aids, you start with nice colorful morsels and end up with dark crud. For logistical reasons, I had not actually tried the method before we set up the photo shoot, so it was quite a joy when I first saw beads of liquid metal form as I heated the crud, telling me that we had not wasted an entire day on a wild bismuth chase. 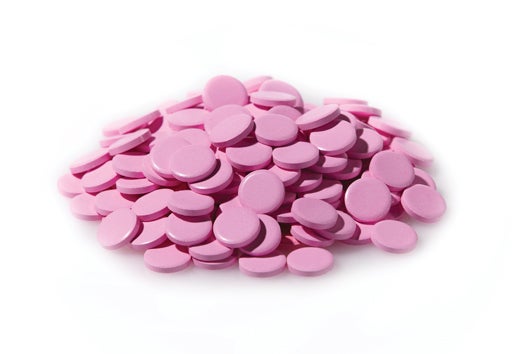 I started with 180 generic Pepto-Bismol pills, which together contain about 24 grams of bismuth. 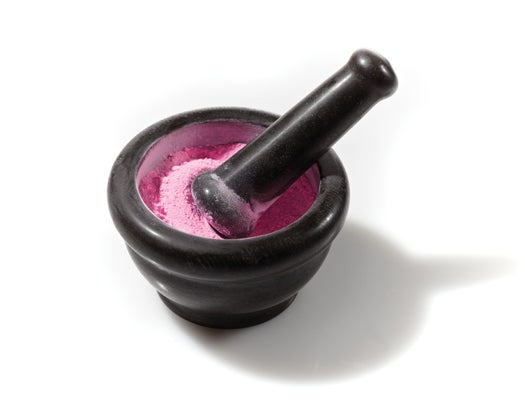 I ground up the pills with a mortar and pestle. 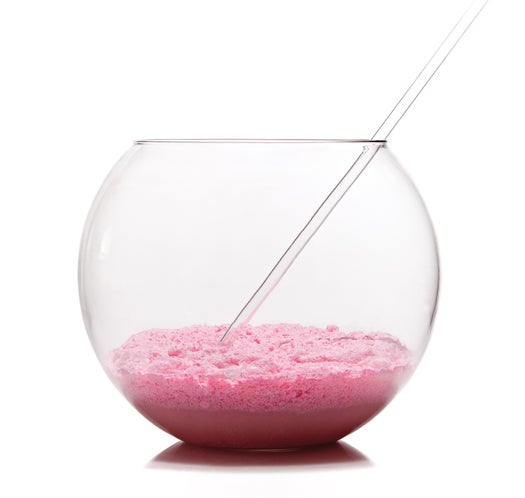 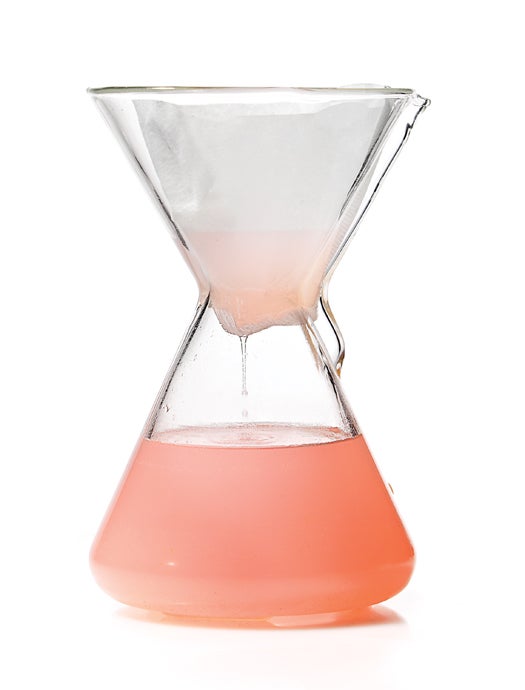 After a very slow filtering step, I had a clear pink solution containing dissolved bismuth ions. 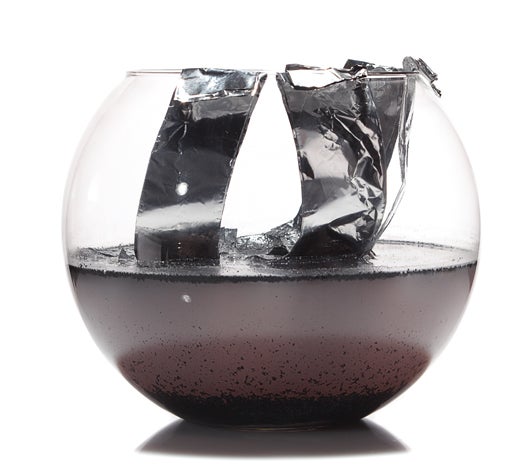 I dipped aluminum foil into the solution, turning it black. The acid dissolves the aluminum, which reacts with the bismuth ions. The ions precipitate out as bismuth metal particles. 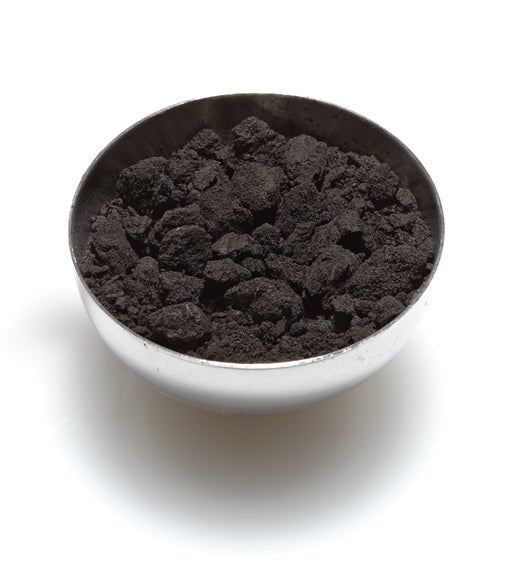 After filtering the liquid through a pillowcase, the powder left in the filter is the bismuth metal. 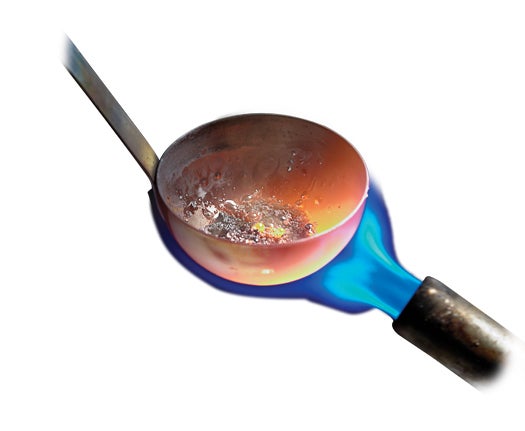 Heating with a plumbing torch is the moment of truth: Will the black powder melt into shiny metal? 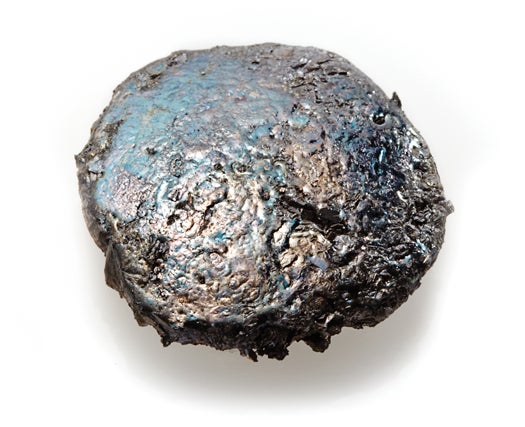 A few grams of actual solid metal with the characteristic iridescent sheen of bismuth.
Medicine