The Always Home Camera has five minutes of flight time and no built-in microphone. 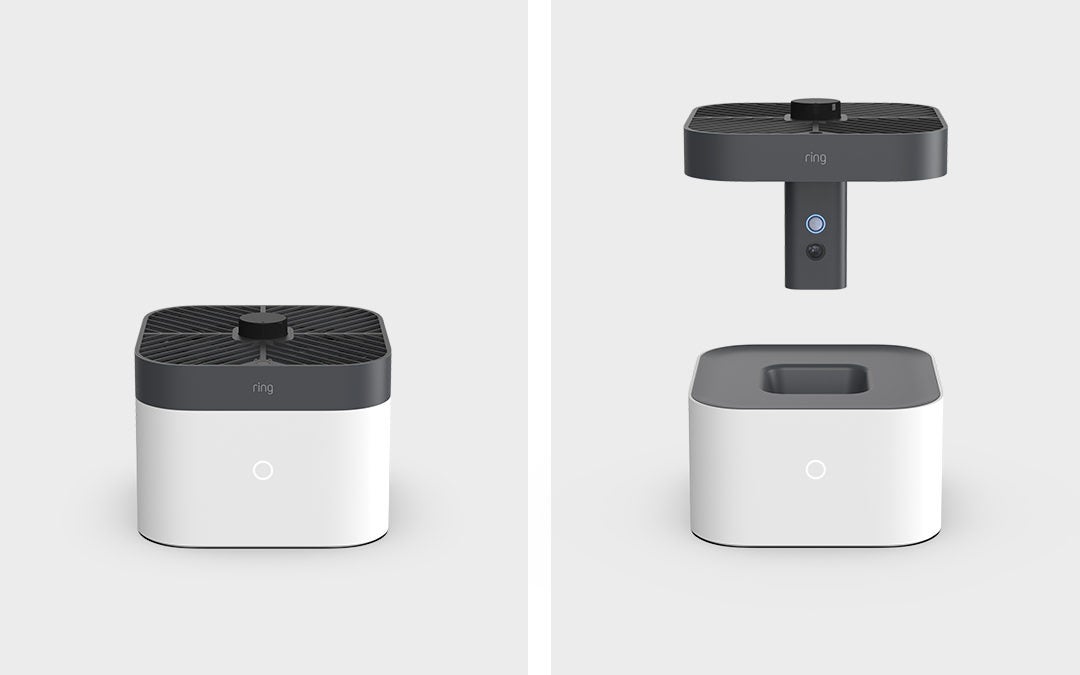 Mention drones and Amazon in the same breath, and most people will immediately think of the company’s grand plans for aerial delivery or maybe ill-advised late-night internet purchases involving the latest consumer flying machines. This week, however, Amazon announced a new kind of drone designed to patrol your house when you’re not home.

The Ring Always Home Camera made a lot of noise on social media after its debut yesterday. Coming in 2021, the $250 device will ship with its own recharging base, as well as a camera-equipped craft designed to get roughly five minutes of flight time per charge.

According to Ring, the camera is designed for people who want to get a holistic view of their house when they’re not home without having to set up a group of always-on cameras that constantly monitor different spaces. In that sense, the drone actually offers slightly more privacy than permanent cameras.

When you get the Always Home Camera to your home, the setup will ask you to take it around the route you want it to travel. Amazon says this allows users to specifically avoid areas where it could stumble upon something private. Once you’ve trained the robot, it uses a sensor array—which includes time-of-flight and LIDAR modules—to guide it around the space. You teach the drone specific spots to stop and monitor along the way, so if you want a look at the front and back doors, you can get that. Users can then review the video from the patrols in the Ring app.

The camera itself resides on the bottom part of the drone, which rests inside the charging base when it’s not in-flight. That means the camera itself is completely obscured and can’t record anything if it’s not flying. There’s also no microphone on the drone. Amazon says that was a privacy choice as well as a technical consideration because the rotating blades make so much noise, it would render any audio unintelligible anyway. In fact, Amazon says the rotors are intentionally noisier than they could have been in order to make it obvious when the craft is cruising around your home.

The Always Home Camera is meant to spring into action when you’re not around. In addition to its normal patrols, it also ties directly into Ring’s overall security systems. So, if you have a sensor on your windows or door and the system senses it opening when it shouldn’t, the drone can fly (along its predetermined path) to a spot that gives you a view of the occurrence.

As part of the event this week, Ring announced that it would add end-to-end encryption to its video in the coming months, though, availability for specific products like the Always Home Camera will vary.

On paper, it seems as though Amazon has addressed a lot of the immediate concerns that spring up in a person’s head when they hear the phrase “home security drone.” There are no microphones built into the unit at all—even in the base—so there’s no voice integration for the moment. But, it is part of the Alexa ecosystem, so it doesn’t seem impossible that you could dispatch your personal flying machine with a voice command in the future. “Alexa, send the drone to see what my dog is doing in the kitchen,” could be a possibility.