The future of war is robots ordering robots to send video to humans. 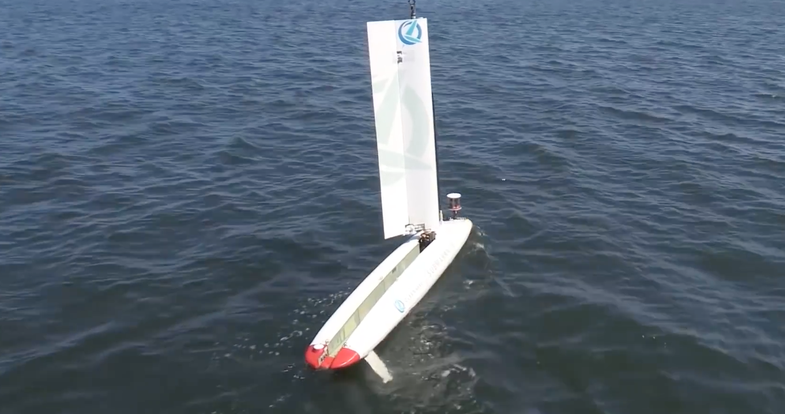 On the water’s surface, a robot talks to an underwater robot and tells it to launch a flying robot. Together, the three autonomous machines scouted for the U.S. Navy in a demonstration, showcasing autonomy, communication, and sensors all in mobile, robotic packages. It is a remarkable technological achievement, and one that foreshadows a future of robots working and fighting alongside sailors.

How, exactly, might the Navy use such a system in the future?

“The Unmanned surface vehicle/Unmanned Aerial Vehicle combination gives the former the ability to increase its surveillance capabilities when a desired contact is acoustically detected,” said Matthew Hipple, a Defense writer and naval officer. “This saves perishable surveillance assets until they are best utilized, and decrease the exposure of surveillance assets to detection.”

A floating robot that can launch a flying robot exactly when it needs to means that the flying robot can be a lot cheaper than if it has to be airborne all the time, and therefore if it’s lost to weather or enemy fire, it’s less of an expense, and there will likely be cheap replacements on hand.

“The main advantage is a lower probability of detecting the launch platform,” said Chris Rawley of the Center for International Maritime Security. (Rawley also runs NavalDrones). “Ability to insert a small UAV into denied waterspace or airspace, which will get you a short ranged intelligence, surveillance, and reconnaissance asset likely for targeting places. Meaning, this capability allows a navy to launch a UAV where there is enough enemy activity – air, surface, or subsurface, to make it too risky for a manned platform.”

“US Navy unmanned systems will make their greatest strides in the arena of communications, surveillance, detection, and deception,” said Hipple, “because that is where the immediate technical and cultural barriers are lowest.”

Putting more surveillance on the ocean won’t eliminate all the difficulties of trying to scan for threats in the opaque, unfathomable depths. But it’s a start.

“The laws of physics make the oceans a tough place to collect data,” said Rawley. “Unmanned vehicles just provide another way to get sensors into or above the water column. Much like the Internet of of Things doesn’t change how data is transmitted, it just provides more numerous sensors.”