Cassini Beams Back Stunning Images of Seasons Changing on Saturn 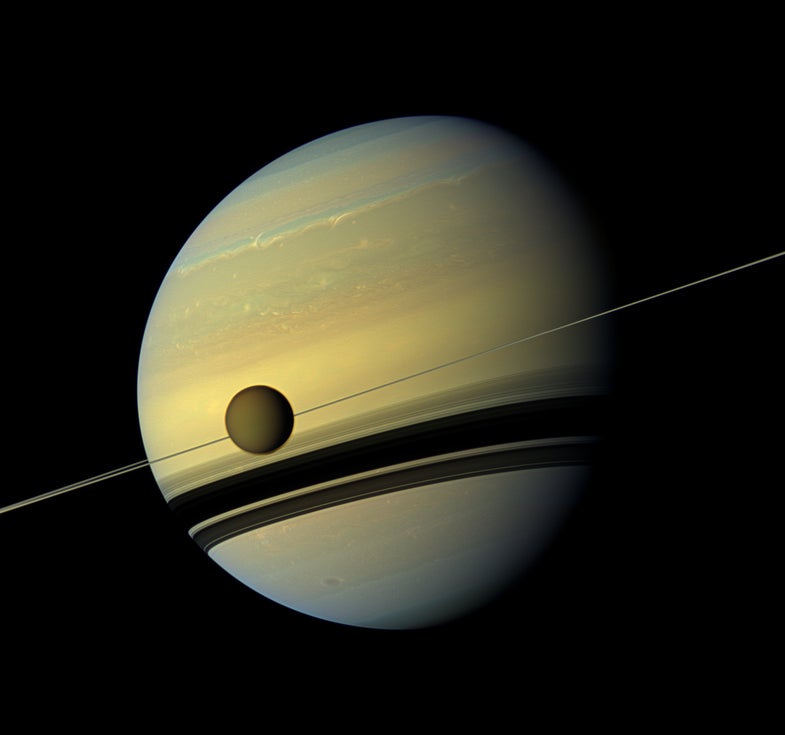 Curiosity, you are such an amazing space mission that we will sacrifice a thousand blog posts, a million gallons of newsprint even, in your honor. But can you do this? NASA’s Cassini probe, not content to be forgotten in its faraway orbit around Saturn and its moons, has beamed back new natural-color images of the ringed planet that are absolutely breathtaking. Released yesterday, they show a very different planet than the one Cassini arrived at eight years ago.

The above image–can we call it a work of art?–is actually a six-image mosaic that captures Saturn’s moon system in perfect profile. That is, the thin line traversing the image is the ring system, viewed on its edge (you can see shadows cast by the rings on the lower half of the planet). In the foreground is Saturn’s moon Titan, the planet’s largest moon and one that is larger than the planet Mercury.

The symmetry in this image is dazzling of course, but it’s more than just a pretty picture. Seasons change slowly way out there at the outer planets, where revolutions around the sun take many, many Earth years. The blue hues indicative of Saturnalian winter that populated the northern hemisphere when Cassini arrived there in 2004 are fading now, resurfacing in the southern hemisphere where winter is coming on. Cassini is watching the seasons change in slow-motion there–the first time scientists have been able to witness this up close. 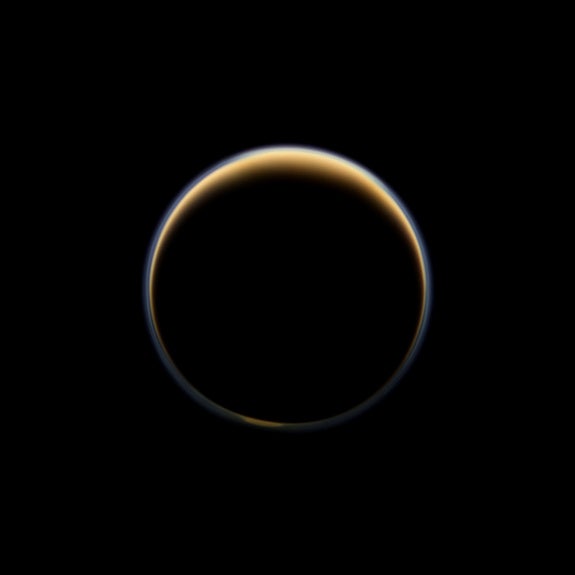 Another image from the collection released yesterday shows Titan ringed in a halo of light, an effect created by sunlight streaming through the moon’s thick atmosphere. Titan is also undergoing seasonal changes, as are Saturn’s other moons. Cassini will continue observing them though at least 2017, the expiration date of the mission’s most recent extension.