The Digital Cameras NASA Sent Into Space In The 90s

NASA hopped on the trend before digital cameras were a thing. 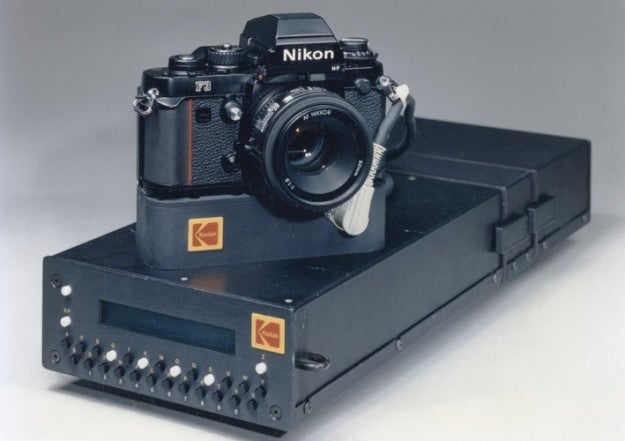 In December 1975, a Kodak lab engineer created the first fully digital camera—and snapped a 100-by-100-pixel image to a cassette tape in 23 seconds.

Fast forward a couple decades and the CCD–charge-coupled device–started to emerge as the go-to technology for digital imaging. The image sensor converts light into electrical charges, thus replacing film inside traditional cameras.

To catch on the trend, folks at NASA started sending early CCD cameras up into space. In 1991, the Kodak’s Hawkeye II mounted on a Nikon F3 (developed by Kodak engineer McGarvey) went on shuttle mission STS-44 while the NASA H.E.R.C.U.L.E.S. module on a Nikon F4 (developed by NASA’s lab) went on shuttle mission STS-48, and both went up to space. They were among the earliest digital units up in space, PopPhoto reports.

Click through to PopPhoto for video footage of the cameras in operation on board the Space Shuttle.