A misaligned mirror at Ivanpah ignites a small inferno 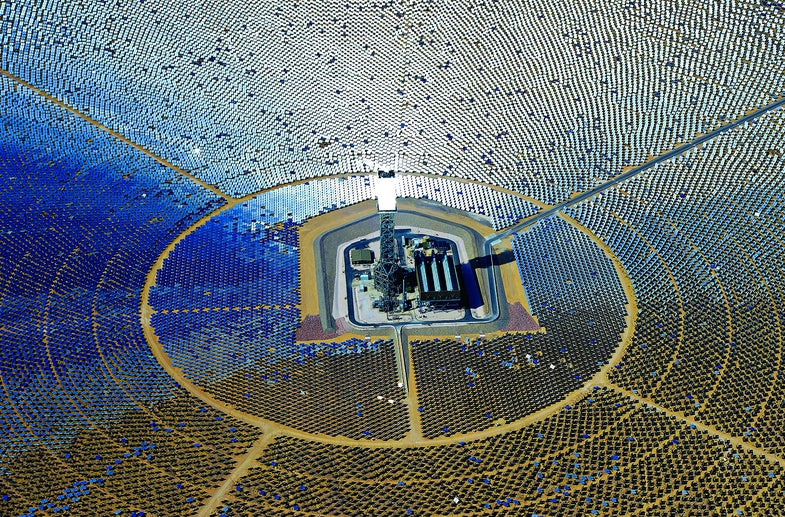 At the Ivanpah solar farm, 347,000 software-controlled mirrors that track the sun's movement throughout the day. They direct light toward one of three towers, where a water boiler creates steam that powers a generator. Ethan Miller/ Getty Images
SHARE

The Ivanpah Solar Electric Generating System in the Mojave Desert, has been betrayed by its mirrors. This week, the world’s largest solar power plant experienced a small fire, which left the plant operating at a third of its capacity.

Ivanpah’s impressive array of mirrors focuses the light from the sun onto boilers, which makes steam and drives turbines. This is the way many solar-concentrating power plants work.

But, as the Associated Press reports in this unfortunate case, some of Ivanpah’s mirrors were misaligned. That means that the sunbeams were concentrated and focused on the wrong spot, causing electrical cables to catch fire.

Workers and firefighters were reportedly able to put out the blaze in about 20 minutes, but it left the plant with melted and scorched implements. It’s unclear when it will be back and running at full speed, and whether this will impact the electricity supply for California.