Solbot R-200 will do the handyman's work 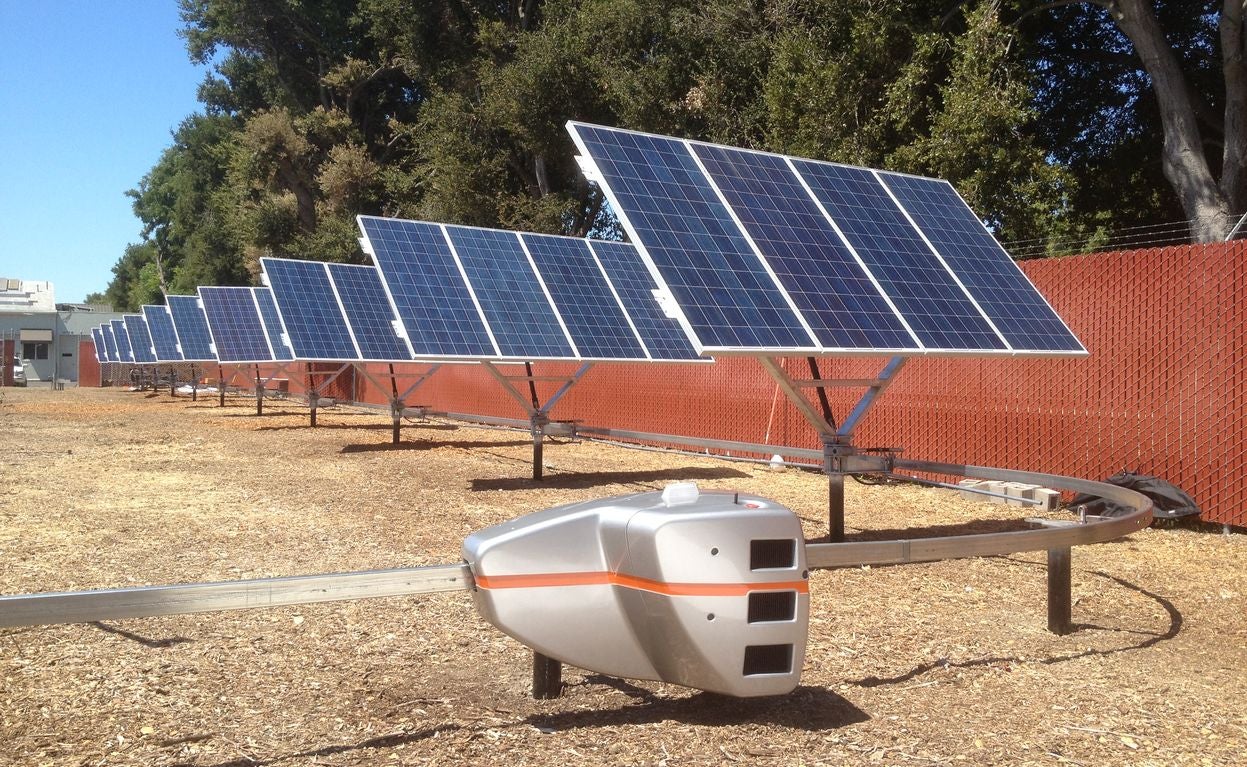 Fleets of battery-powered robots could zip along monorails installed in solar arrays, tweaking individual panels’ angles so they follow the sun across the sky. This could be cheaper than installing actuators on every solar panel so they track the sun, according to a new robotics startup. Robots can make everything easier!

A company called QBotix aims to make solar panels more efficient and more affordable just based on their infrastructure, which is one of the technology’s main challenges. Stationary solar arrays don’t gather as much sun as possible because, well, the sun moves. They can instead be designed to follow the sun’s path across the sky like sunflowers, harvesting light all day long as opposed to the few hours when the sun beats down at the right angle. But this is more expensive.

Moving panels with the utmost efficiency requires moving them on two axes — tilting forward and sideways to follow the sun exactly. But it’s difficult and expensive to install huge, heavy solar panels that can move on two axes. You need motors and controls, unless you want workers to nudge them all day long.

Qbotix says it can build a two-axis solar array for the price of a single-axis one, and improve energy capture from solar panels by 15 percent, all by using robots instead. The concept rests on a pair of autonomous robots called the Solbot R-200.

The pair (one main robot and one backup) can maintain solar panels sufficient to generate 300 kilowatts of electricity. They would be mounted on simple monorails, which can be installed in any solar array, including on uneven surfaces or rolling hills. The robots would adjust each panel throughout the day to ensure it tracks the sun. One robot can adjust up to 200 panels every 40 minutes, which is how long it takes the sun to move 10 degrees across the sky. The other robot will recharge while its twin is working.

The system also comes with software that can track plant performance, the company says. QBotix lined up funding this spring and says it already has its first customer, which will begin installation later this month. You can read more about the company here.