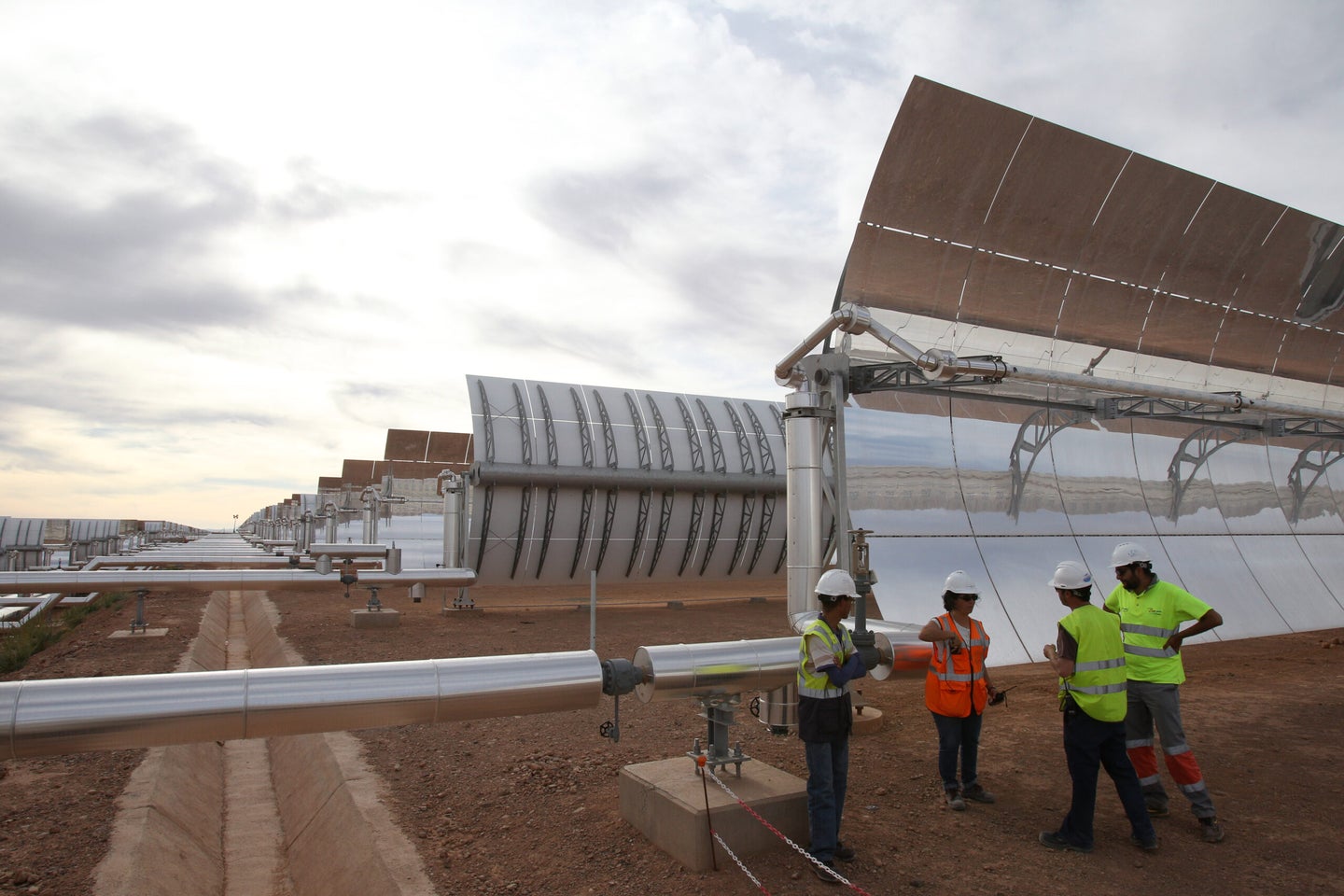 The ability to produce its own energy will be a boon for the North African country. Unlike many of its neighbors, Morocco doesn’t have fossil fuel reserves and thus about 97 percent of its energy is imported from other countries. When it’s completed, the concentrated solar power plant will have an energy capacity of more than 500 megawatts, and according to The Guardian will “provide electricity for 1.1 million people.” Noor I as seen from space in December 2015

Concentrated solar power plants (CSPs) work differently than a photovoltaic array. CSPs use lots of mirrors to capture the thermal energy of the sun, and use it to convert water into steam to turn turbines. Noor I, which has about two square miles of thermo solar parabolic mirrors, will also be able to store about three hours’ worth of energy in molten salt.

Morocco’s King Mohammed VI just officially announced the construction of the next two phases of the power plant, which is projected to be finished before 2020. By then, Morocco has plans to obtain more than half of its energy from renewable sources.