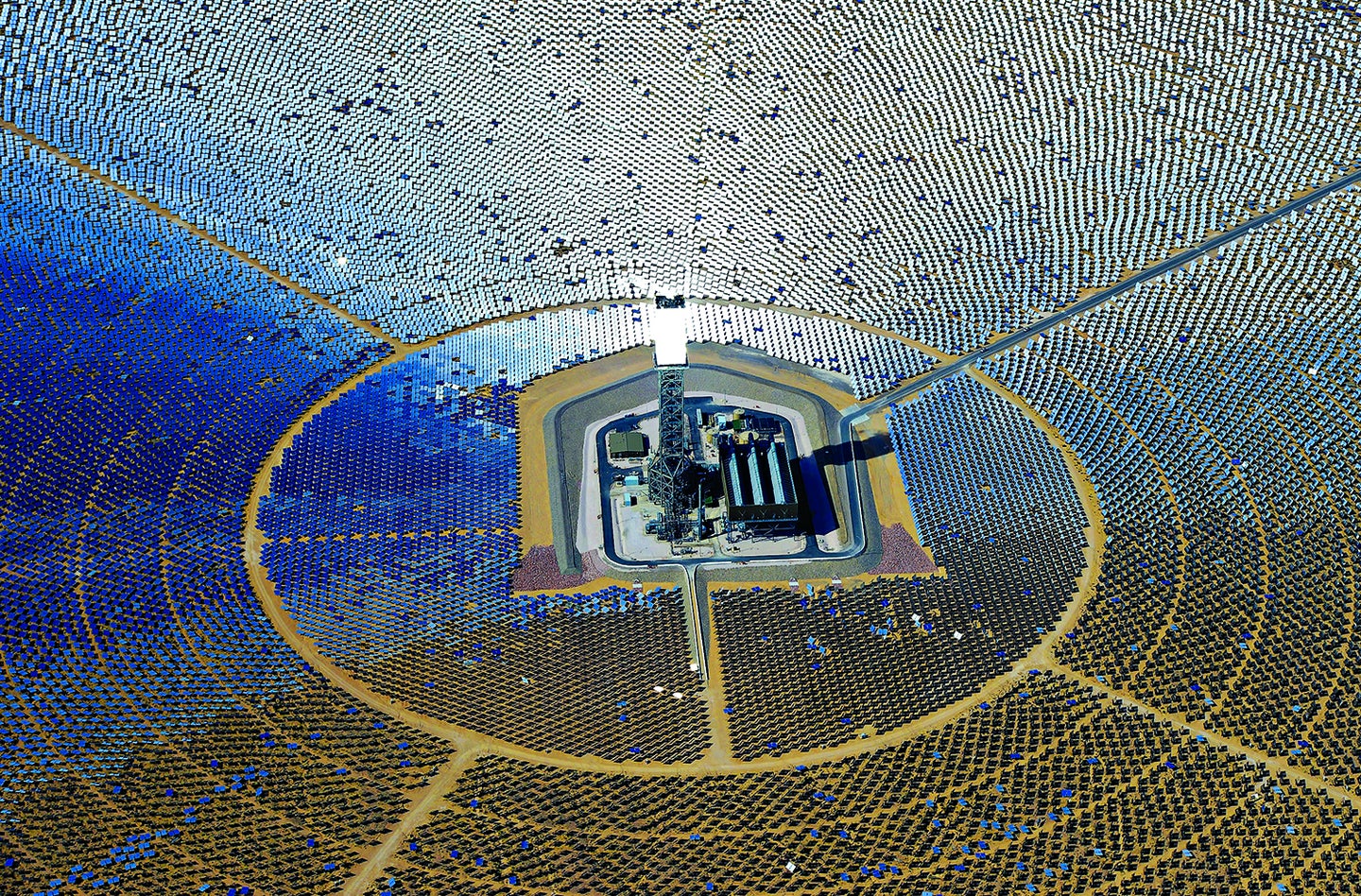 At the Ivanpah solar farm, 347,000 software-controlled mirrors that track the sun's movement throughout the day. They direct light toward one of three towers, where a water boiler creates steam that powers a generator. Ethan Miller/ Getty Images
SHARE

In February, the Ivanpah Solar Electricity Generating System opened over a 3,500-acre stretch of the Mojave Desert. The solar thermal farm operates at 392 megawatts—just under 1 percent of California’s total energy production, or enough to power 140,000 homes.

The Ivanpah solar farm eliminates 450,000 tons of carbon emissions annually, the equivalent of taking 88,000 cars off the road.