Rooftop Solar Panels Could Power Nearly 40 Percent Of The U.S. 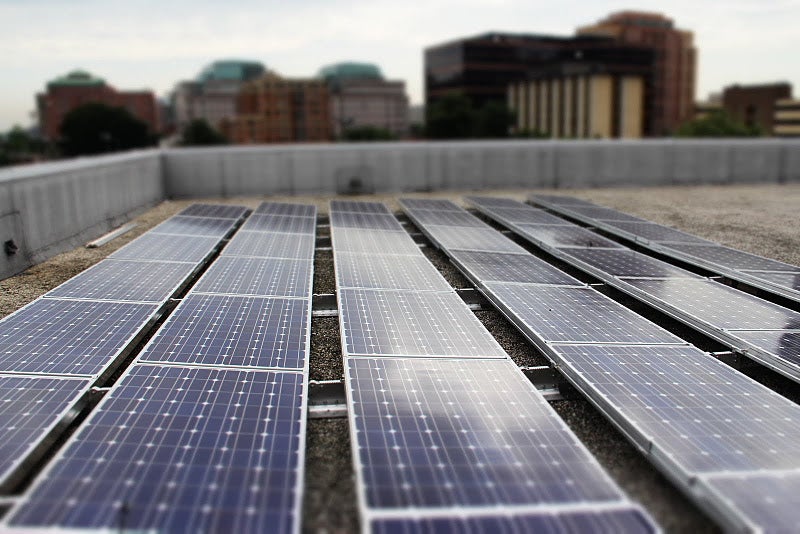 Let’s all take a moment to appreciate the roofs over our heads. They’re great at keeping snow, rain, and harsh sun from getting to us, day after day. Sure, sometimes they have their issues, but whether flat or gabled, generally roofs are always there, providing us with shelter. They might also be an untapped resource for electricity production.

The Energy Department’s National Renewable Energy Laboratory (NREL) issued a report last week that analyzed the ability of America’s roofs to host solar panels. They looked at rooftops in 128 cities across the country, analyzing buildings large and small for their suitability for hosting photovoltaic (PV) solar panels, and how much power could be generated in each location. The estimates varied by state and by region, but overall, the report found that 39 percent of the country’s energy could be generated by rooftop solar panels.

That’s a lot. Especially when you consider that the NREL estimate is only looking at a small subsection of solar power.

“It is important to note that this report only estimates the potential from existing, suitable rooftops, and does not consider the immense potential of ground-mounted PV,” co-author Robert Margolis said. “Actual generation from PV in urban areas could exceed these estimates by installing systems on less suitable roof space, by mounting PV on canopies over open spaces such as parking lots, or by integrating PV into building facades. Further, the results are sensitive to assumptions about module performance, which are expected to continue improving over time.”

But land is a precious commodity here on Earth, and solar panels in space are still a thing of the future. Roofs, on the other hand, are right over our heads, just waiting to be put to work.