Jocelyn Dunn survived in a Mars simulation for eight months without going crazy. Here's what we can learn from her experience. 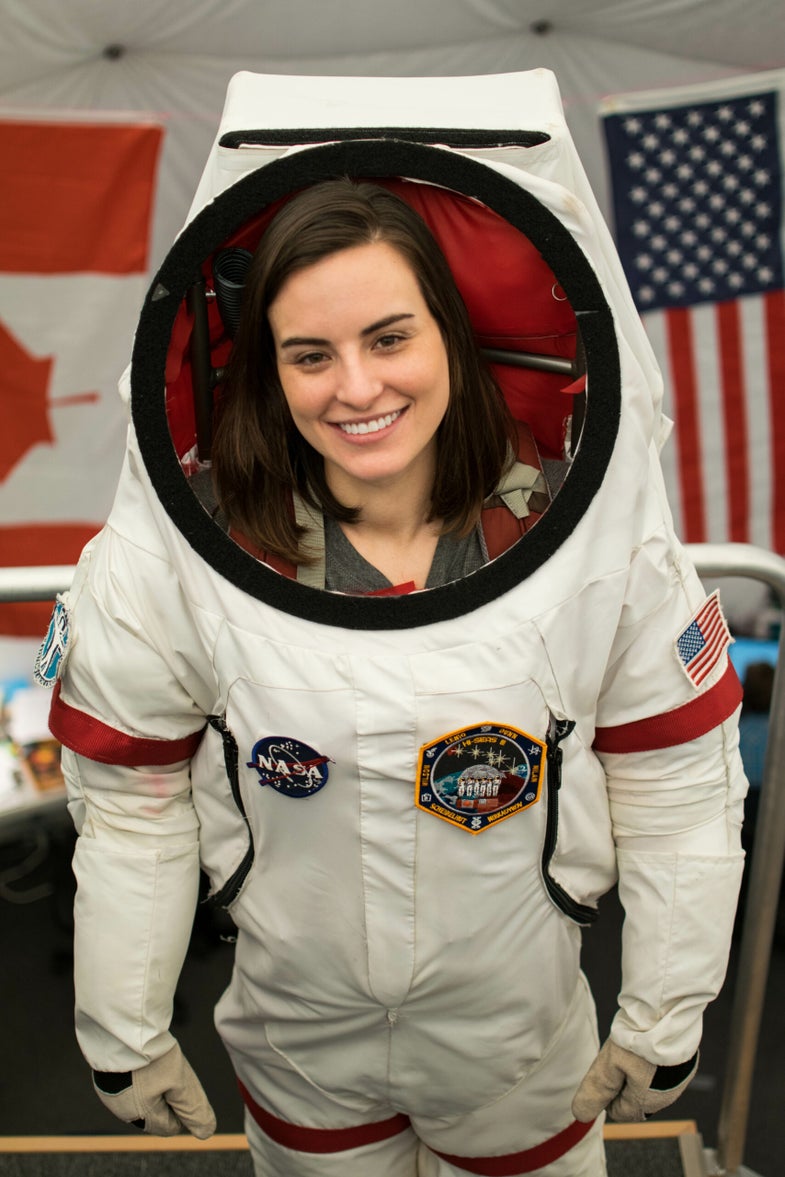 Jocelyn Dunn, an industrial engineering PhD candidate at Purdue University, is one of the six crewmembers who lived in a dome habitat for eight months to simulate Martian life. Neil Scheibelhut
SHARE

Jocelyn Dunn spent eight months living on the red, rocky surface of Mars. Last year she shared a 1,000-square-foot habitat with five crewmates, wore a space suit every time she stepped outside, and showered for just six minutes a week. Or at least, she was as close to experiencing Mars as any human (including Matt Damon) can get right now. Dunn, an engineer, was participating in the third mission of HI-SEAS (Hawaii Space Exploration Analog and Simulation), which takes place on the barren slopes of Hawaii’s Mauna Loa volcano. The NASA-funded study probes how potential astronauts will react to isolation, confinement, and the extreme environment of life on another planet. Popular Science recently spoke with Dunn—the mission’s chief scientist and a real-life Martian (almost).

The following interview has been edited and condensed for clarity.

Popular Science: What made you say, ‘I would love to be locked in a bubble for eight months with five people I barely know’?

Jocelyn Dunn: [laughs] I was really interested in space, but as I went through my aerospace-engineering program, I realized I was also interested in the human side of it—the astronaut in addition to the spacecraft. The mission combined those two interests, and so it was incredibly appealing to me.

As the chief scientist on the mission, what were you studying?

I was looking at our health and stress through three sources: biological markers, like inflammation and cell damage in hair and urine samples; behavioral data from wearable devices; and surveys to see how we perceived our stress levels. I’m still going through the data, so I don’t have results yet. But everyone has bad days, and I want to understand what contributes to them.

Why is that important?

Stress is relevant to every situation, but there’s a higher risk in space. The MARS 500 study reported that 85 percent of conflicts involved crewmembers with high levels of stress. Space travel involves a small group of people on a long-duration mission, and NASA needs to understand how to form a team that can be adaptable and resilient to the conflict and difficulties that might arise.

As you make your way up Mauna Loa, the Hawaii people think of disappears. There’s nothing in sight except this red, rocky landscape and the white dot of the geodesic dome. It’s the size of a modest one- or two-bedroom apartment, with a kitchen and lab on the ground floor and bedrooms like pizza wedges in a loft. There are no luxuries. You can only shower six minutes per week, and you have to make everything like bread and yogurt from scratch.

What did you do for entertainment?

We would play board games or watch movies in our free time, and it was really special to spend the holidays with the crew. We brought Halloween costumes, and our mission director had our families and friends add Christmas presents to one of our resupplies so we could have a real Christmas morning. And unlike in The Martian, we had a lot of music. I mean, it’s just a hard drive! You can pack all kinds of music onto one. Whoever was cooking got to DJ.

Were there any particularly challenging moments?

Somewhere in the second half of the mission we had a power-system failure. There hadn’t been any sun for a week so our solar-energy setup wasn’t helping, the hydrogen backup was running low, and the gas generator wouldn’t charge the batteries we needed to run the critical systems. In a real Mars mission, that would mean your life support is failing. We needed power to run our labs, not provide our oxygen. We felt stressed, but imagine how magnified that stress would be if you lost power on Mars.

Do you think you would have been able to handle the isolation the character in The Martian went through?

We needed a whole crew to run all of the systems, so doing it alone would be challenging. Plus, there’s the fear of not making it out alive! I couldn’t imagine the difficulty, but I do see myself and the rest of my crewmates as people who would not give up.

We simulated re-entry by going skydiving. It was amazing. Then I visited friends and family and went to conferences. When I finally got back to Purdue University, I realized I hadn’t been alone in over 10 months.

If they announced a mission to actually visit Mars, would you sign up?

If it were a round trip, I absolutely would!