Mobile E-Sports Get A Boost As Twitch Partners With Vainglory

E-sports for the masses 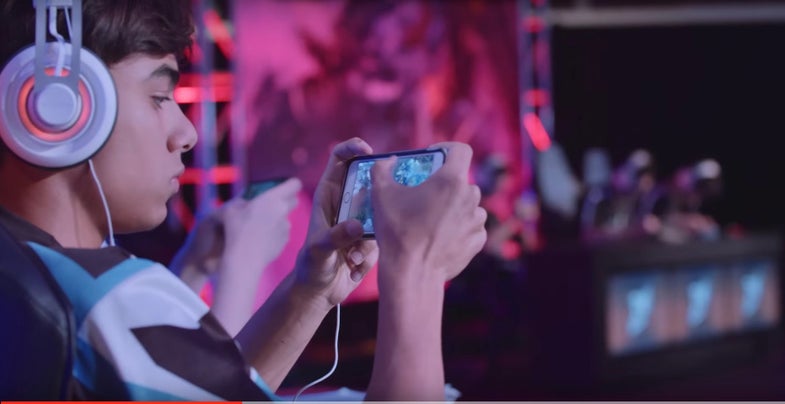 While nearly 70 million players log onto League of Legends every month, the game has a limiting factor: you need a computer. In world where the internet knows few borders, and smartphone adoption continues to rise, a company actually named Super Evil Megacorp is trying to emulate League‘s success with their mobile game of the same breed, Vainglory.

Like the massively-popular League of Legends, Vainglory is a MOBA game, or multiplayer online battle arena. But instead of a mouse and keyboard, players tap their commands on their smartphones or tablets. And today, Super Evil Megacorp penned a three-year partnership with streaming service Twitch, in order to support professional tournaments and other events for the game.

The move signals a big boost for mobile gaming in the professional sphere. Twitch is the kingpin of professional e-sport streaming, and bringing a mobile game into its partnership portfolio marks an arrival to the scene. The streaming service says that Vainglory was their fastest-growing mobile game in 2015, with fans watching 150 million minutes of gameplay. (That’s a smidge over 285 years of gameplay watched.)

This isn’t the only mainstream validation the mobile MOBA has gotten. When Apple released the iPhone 6, Vainglory made an appearance on the main stage to showcase the phone’s A8 processor.

A large part of what makes Vainglory attractive is its broad support for a variety of phones and tablets. It supports iPhone and Android, but players don’t need the latest hardware to play. The game supports older smartphones like the 4S, but obviously play a bit smoother on the newest models. The fact that the game can run on an 800 MHz processor and 512 MB of RAM in a phone from 2011 speaks volumes to how streamlined the developers have been able to make the game.

Today also marks the beginning of Vainglory‘s three-month season, which will conclude with championship a prize pool of $80,000. Teams are limited to three players, and there’s an open qualifying period for any team to take a shot.