Is This HoloLens Game The Future Of Crime Fiction? 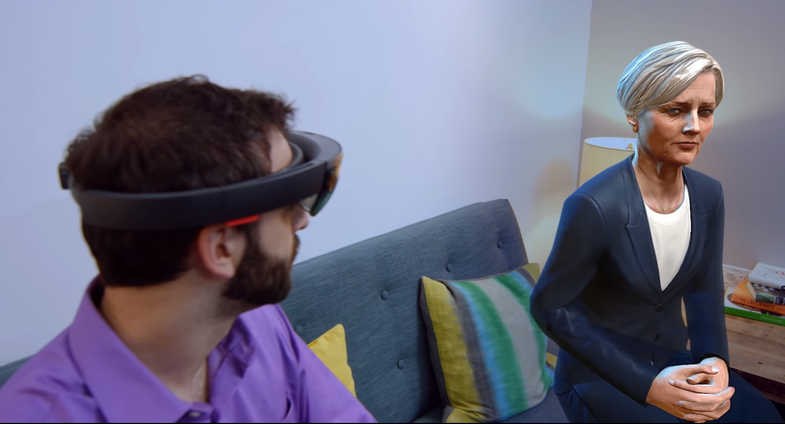 Microsoft’s augmented reality headset Hololens is one of the most impressive devices we’ve seen in recent years, allowing you to see holograms over your view of the real world.

And while the company just recently opened orders for it to the general public at the steep price of $3,000 per headset, that won’t keep me from being ridiculously excited about its implications for productivity, hanging out with my friends online, and most importantly — gaming.

Out of Microsoft’s cadre of upcoming Hololens releases, the one that’s continually fascinating to me is Asobo Studios’ Fragments, an interactive crime drama a la Rockstar Games’ L.A. Noire. Microsoft recently released a trailer that explains more about how the game will work.

Using the Hololens, the entire game becomes a part of your living space with the power of spatial mapping. You become the main character in an interactive video game where characters look and speak to you as though you’ve been scripted right into it, right down to asking questions and getting to the bottom of a murder mystery.

Sure, you could do that before in an adventure game, but never with this level of integration. You could potentially sit down with a character on your sofa and interrogate her.

Microsoft’s impressive new tech allows for clues to be sprinkled in any room you decide to play in, which should keep things fresh as you attempt to crack the case. For instance, Fragments may decide to place a clue beneath your coffee table or behind an item in the room.

Real talk, I might start out being too lazy to move around my living room furniture to find a clue, but eventually I’ll get up off my butt so I can graduate from gumshoe status.

There’s no word yet on when Fragments will be available, or how much it will cost, but based on the initial footage, I’m ready to become a virtual detective. Sign me up!