A warming Arctic can actually make our winters colder

Can you say polar vortex? 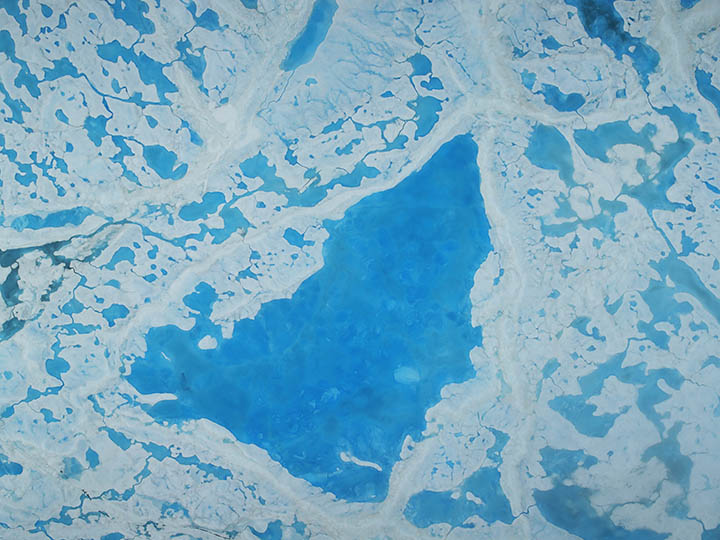 The winter of 2014-2015 is remembered, at least by many, as the winter that the city of Boston lost its mind. That is the winter when New England—a region synonymous with frost—managed to capture national attention for receiving what can only be described as preposterous levels of snow. The city trounced its previous record of 107.6 inches, set in 1995-96, by a whole inch. In an average year, the city is hit with around 43 inches.

But 2015 wasn’t just unusually snowy. It was also unusually cold. Beantown achieved the frigid distinction of hitting the longest stretch of temperatures below 40 degrees since record keeping began in 1872. And it wasn’t just Boston that got chilly. Those living in the mid-northerly latitudes have noticed that unusually warm winters, like the one that happened the following year (2015-2016), have been interspersed with unusually cold ones. A 2016 study in the Journal of Geophysical Research found that extreme winters are becoming more common in the United States. A recently released study in the Bulletin of the American Meteorological Society could help explain why.

The culprit, somewhat ironically, is a warming Arctic. As the Arctic warms due to climate change, it’s causing shifts in what’s called the polar vortex—a large area of low pressure and cold air surrounding both of the Earth’s poles.

The new study isn’t the first to find this link; earlier reports have shown that a warming Arctic can paradoxically lead to colder winters. What this study does, however, is shed some light onto how.

The researchers found that ordinarily, the counter-clockwise flow of air that defines the polar vortex helps keep colder air near the Poles. But when sea-ice north of Scandinavia and Russia melts, the now ice-free ocean releases more warmth, which can rise as far as 18 miles into the stratosphere. It weakens that counter-clockwise circulation, allowing more cold air to escape further south. That leads to those unusually colder winters. The study authors found that they could attribute many of the coldest winters over the past 40 years to the weakening of the polar vortex.

The researchers came to this conclusion by analyzing January and February atmospheric wind speed data at regions upward of 60N (or just north of Oslo) between the years of 1979 and 2015. This is generally where the polar vortex is (normally) located. They combed the data to see which winters had a strong polar vortex versus a weak one. They then compared that to average surface temperature to see if there was a correlation—and found that there was one.

When the polar vortex is weaker, lower latitudes (like the United States, and Canada) tend to experience colder winter temperatures. The researchers then tried to figure out why the polar vortex varied in strength, which is when they found the relationship between sea ice loss and circulation shifts.

It’s not just the United States experiencing this periodic plunge in winter temperatures. In fact, the effect is stronger over Asia and Europe. In 2012, many Russians froze to death as the nation registered the coldest winter in over 70 years. Temperatures plunged to -58 F. Last winter Stockholm, Sweden was buried in 15 inches of snow as a cold front hovered in the region. It’s the most snow to fall in the month of November in 111 years of record keeping.

“Our latest findings not only confirm the link between a weak polar vortex and severe winter weather, but also calculated how much of the observed cooling in regions like Russia and Scandinavia is linked to the weakening vortex. It turns out to be most,” study co-author Judah Cohen from Atmospheric and Environmental Research/Massachusetts Institute of Technology said in a statement. “Several types of weather extremes are on the rise with climate change, and our study adds evidence that this can also include cold spells, which is an unpleasant surprise for these regions.”

In other words, though many think of climate change as “global warming,” the reality is more complicated. A warming climate sends ripples of change across the entire climate system, which sometimes means some very cold winters. The biggest issue isn’t the cold; it’s the variability. Because of climate change, we now vacillate between winters so warm that ski resorts are forced to close early, to winters so cold and snowy that ski bums can’t even reach the slopes.