We Wish This Luxury Airship Was Real

The airship revival will have to wait for its crown jewel 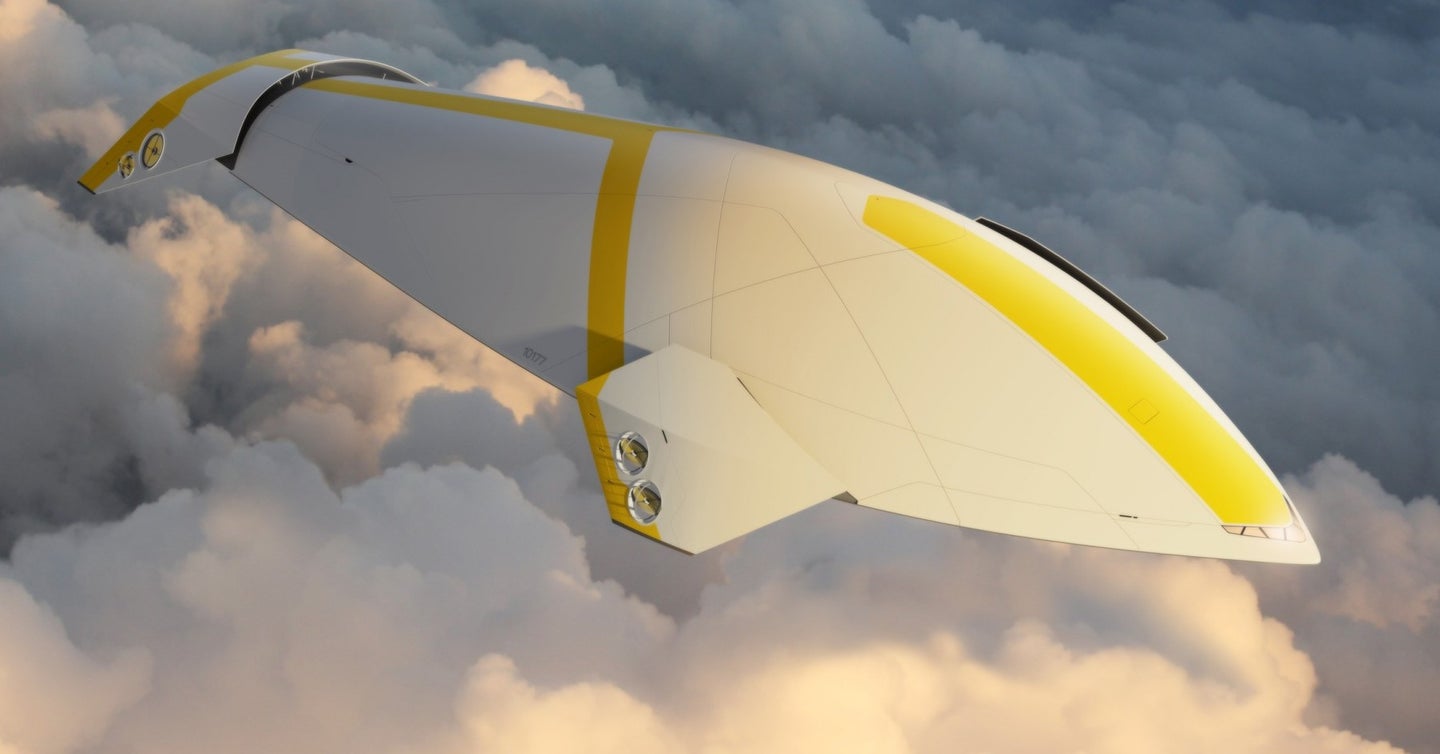 Luxury airships are confined to the dust-bin of history–beautiful, slow-moving machines best remembered for a fiery crash. We are now more than ever in an age of airship revival. Google bought a pair of old Navy airship hangars. An abandoned army dirigible found a second life in the United Kingdom, attracting public funders this past May in the hope that it will work as a powerful cargo hauler. Modern airship designs promise powerful carrying ability and efficiency, but they could also promise us something rare and lost: unimaginable luxury, through tours among the clouds. Here’s one such vision for an airship as premium sky cruise vessel.

Check out the concept video below:

This concept was designer Mac Byers’ final year project for a Transport Design BA at the University of Huddersfield. The craft appears to navigate by changing the angle of rotors mounted on the side, allowing for vertical takeoff and landing. Dining areas look out upon the Earth and sky below through giant windows, and the inside has the mixed feel of a modern office complex and an overpriced but discerning hotel bar. Large bedrooms feature their own sitting areas and the windows extend to right behind the pillows, so passengers can wake up from their falling dreams and find themselves face to face with clouds.

As an alternative to ocean-bound cruise liners, the airship could offer radically different tourist locations, as well as the sheer joy of just living among the clouds. Alas, it appears the design may be as wispy and insubstantial as the fog itself. Byers’ design first made the rounds around the Internet in 2013, and his personal site is no more. Archives of it exist in the Wayback Machine, where the dream of luxury airships are nestled safely in a different sort of cloud.