Blue Oil On Bowling Lanes Shows How You Roll 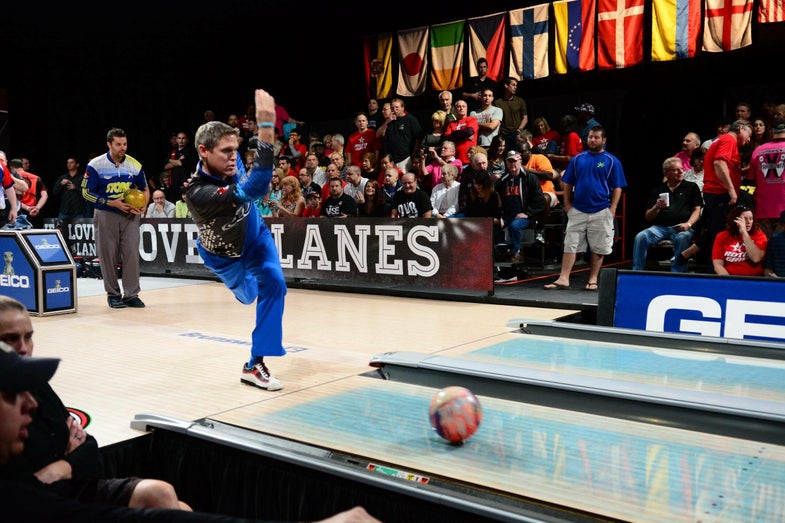 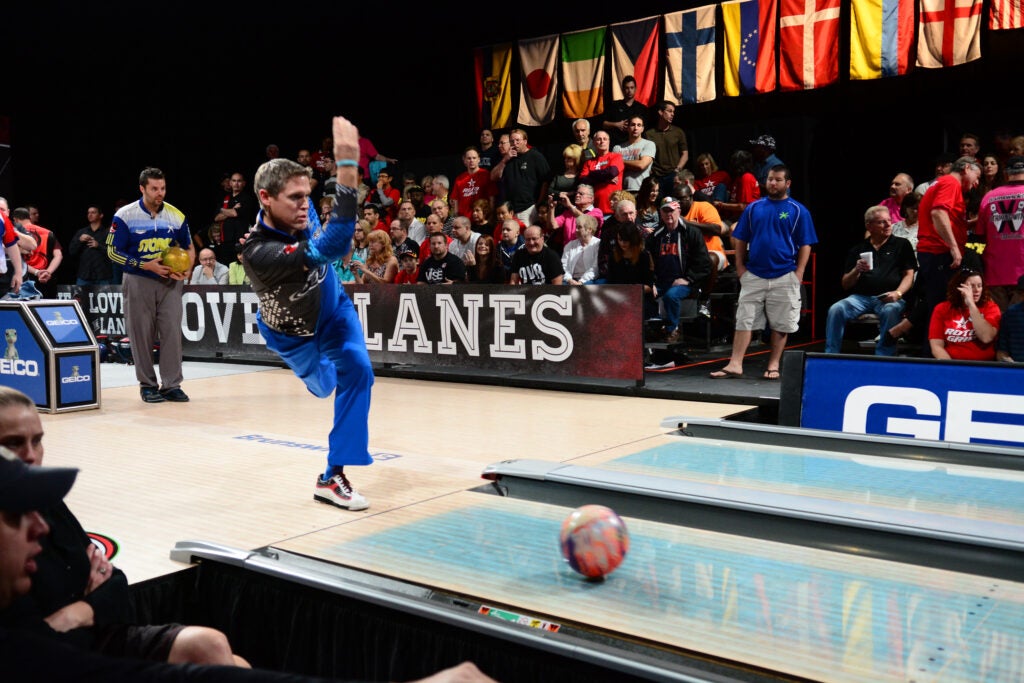 For a championship series airing early next month, the Professional Bowlers Association will be trying something out of the ordinary: using lanes that look like a Smurf went splat on them.

Technical background: All bowling lanes have a coating of oil, applied through a Zamboni-style machine. On the PBA Tour, a designated lane maintenance team applies the oil in different invisible patterns, intended to affect the difficulty of the game. Your neighborhood bowling place probably applies oil in a way that reduces gutter balls, keeping customers of lower skill levels happy. In the pros, the patterns are applied to be less forgiving, and multiple, different patterns are used to mix it up game to game. In short, oil can make a lane either really forgiving or pro-level difficult because it affects how the ball moves. 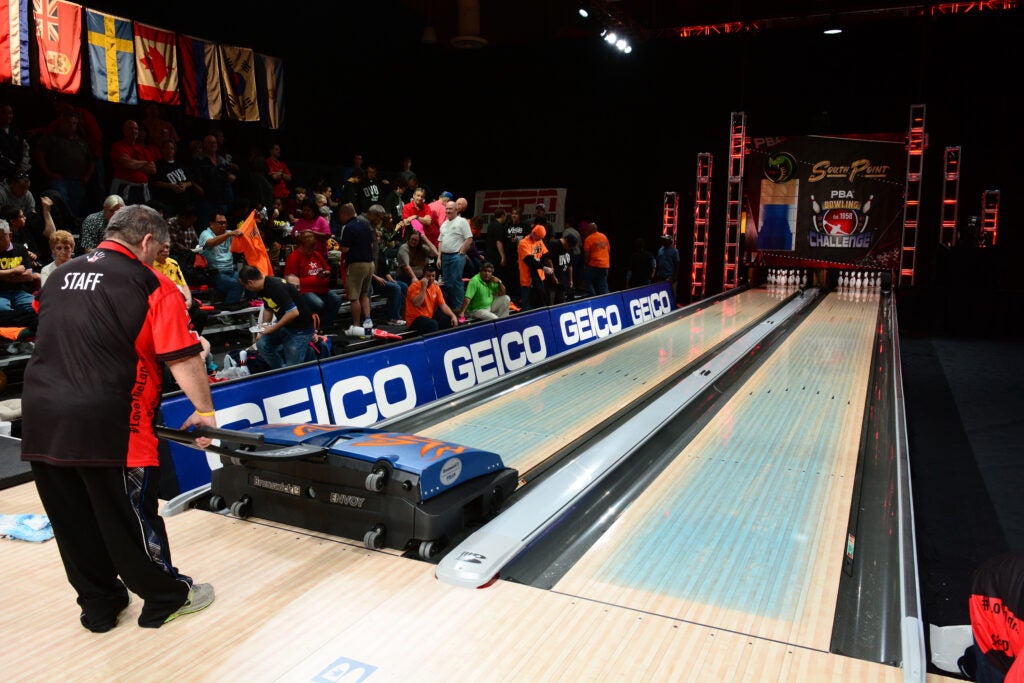 As the balls roll frame after frame, the oil shifts, and bowlers have to make minute changes to their rolls to account for that, without even really seeing what’s happening in the transparent oil. An especially slick or dry area on the lane might send a ball careening into the gutter, or set it up for a strike. For unversed viewers at home–and maybe even the versed ones–it’s a mystical, unseen aspect of the game. 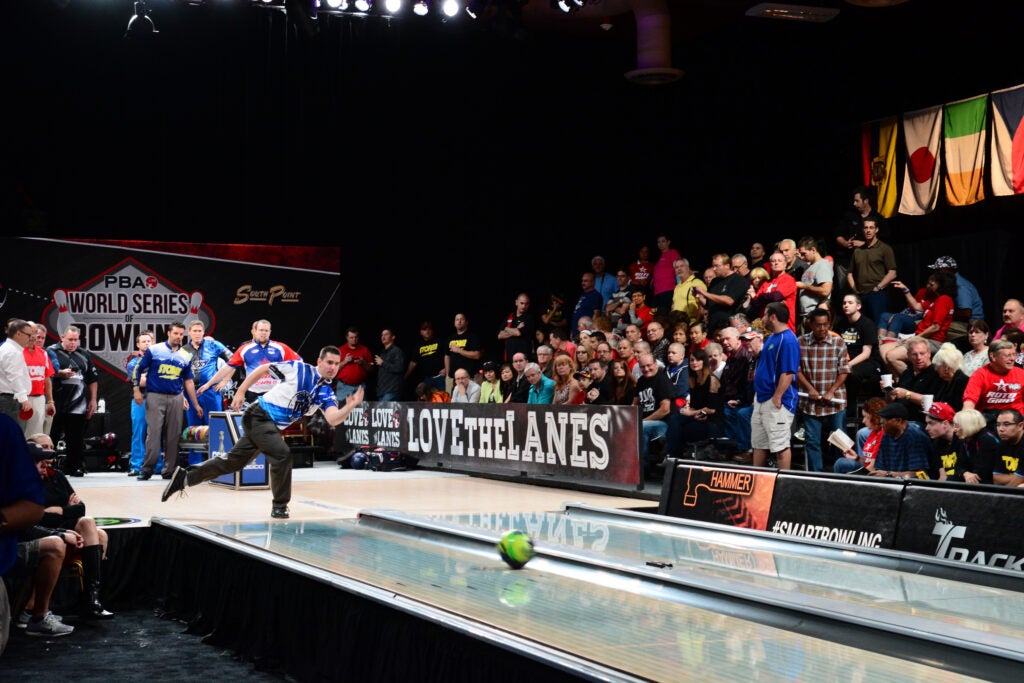 Earlier this month, when the finals of the World Series were played, the PBA experimented with a blue additive. It didn’t affect the oil beyond color, but did give the lanes an alien tint, and will give viewers a peek into the players’ process when it airs on ESPN December 1. With the blue oil, viewers can see where those dry and slick spots are, and tell for the first time how they’re affecting strategy in the game. Ideally, that’ll give ESPN and the PBA a little more respect for the strenuousness of bowling as a sport, and viewers a new insight into how oil changes play. It could even give bowlers a new edge in their strategy, letting them see exactly where a bowling ball landed when they tossed it, and letting them adjust accordingly.

Is this something we’ll see more of? The PBA is still calling it an “experiment,” but if it spices up the sport for viewers, and does anything to improve what have been less-than-stellar TV ratings compared to a heyday in the ’80s and ’90s, maybe the Smurfification of bowling wouldn’t be so bad.