Saving The Planet Could Save Your Life

'Planetary health' could mean the difference between millions living or dying 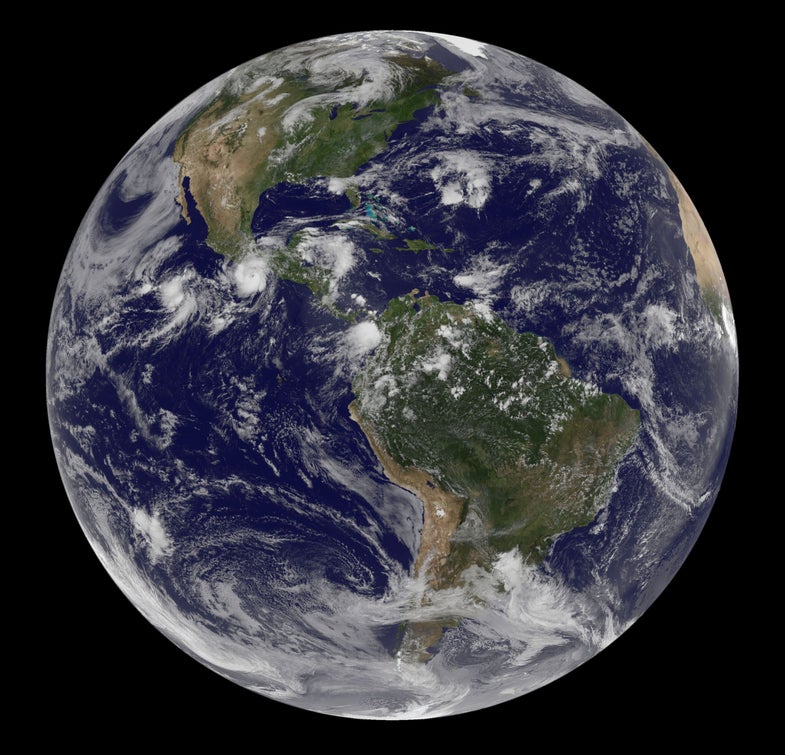 Looks like public health isn’t good enough anymore. A new report from a commission headed by the Rockefeller Foundation and the medical journal The Lancet says that we need a new way to look at human health–one that takes the environment into account.

The new field, called planetary health, looks at the intersection between the natural world and humans. Often, that intersection is a head on collision that ends badly for both parties. The commission’s report goes beyond a similar report issued by The Lancet last month which looked at the effect climate change had on public health. Instead of just looking at climate, this new, interdisciplinary area of study focuses on all the ways that humans interact with their environment.

In the past century alone, poverty has declined and life expectancies have gone up, biodiversity has plummeted, fresh water supplies have been depleted, forests have been cut down, and the climate is changing fast.

While it might seem like the good news of the former two examples are unrelated to the apocalyptic nature of the latter three, everything is connected. The better health, longer life and prosperity of our growing human population was only made possible by using all the resources we could get our hands on.

But, like we all learned in elementary school, actions have consequences.

The commission found that the current gains we’ve made in health and society could easily disappear along with our resources. For a dramatized version idea of this concept, go watch Mad Max: Fury Road.

In two different studies, public health researcher Sam Myers found that changes in the environment could lead to increased mortality rates. In one, he found that declines in pollinators like bees could lead to fewer crops and, as a result, over 1.4 million additional deaths per year. In another, he found that high levels of carbon dioxide in the atmosphere could lead to less zinc absorbed in plants. That might not seem like a big thing, but zinc is a nutrient needed by our immune system. If crops have less zinc overall, then Myers estimates that between 132 and 180 million people could have a zinc deficiency by 2050, in addition to the people already suffering from malnutrition.

Then there’s a host of other health risks. Water shortages and plant diseases can affect the food supply. Humans encroaching into wildlife habitats not only harms the wildlife, but can also bring us into contact with unknown and deadly diseases like Ebola.

At a discussion of the commission’s results, Steven Osofsky, the Executive Director of Wildlife Health and Health Policy for the Wildlife Conservation society, compared the situation to the entire planet being on an airplane with rivets slowly popping off one by one. Rising temperatures. Pop. Disappearing pollinators. Pop. Drinking through groundwater supplies. Pop.

“How many rivets before the plane crashes?” Osofsky asked.

That all sounds pretty terrible. Luckily, there is hope. The driving idea behind planetary health is not to study the end of the world, but to do something about it. Among the commission’s recommendations, they suggest focusing on policies that are good for both the environment and human health, like reducing air pollution, reducing infectious disease risk, and improving diets. They also suggest getting rid of harmful subsidies that encourage reliance on unsustainable practices like using fossil fuels, and encouraging interdisciplinary research.

“Let’s go for a realistic utopia, that we can reasonably create together” Richard Horton, editor-in-chief of The Lancet says.