High-fructose corn syrup vs. sugar: Which is actually worse?

Many of us believe some kinds of sugar are healthier. 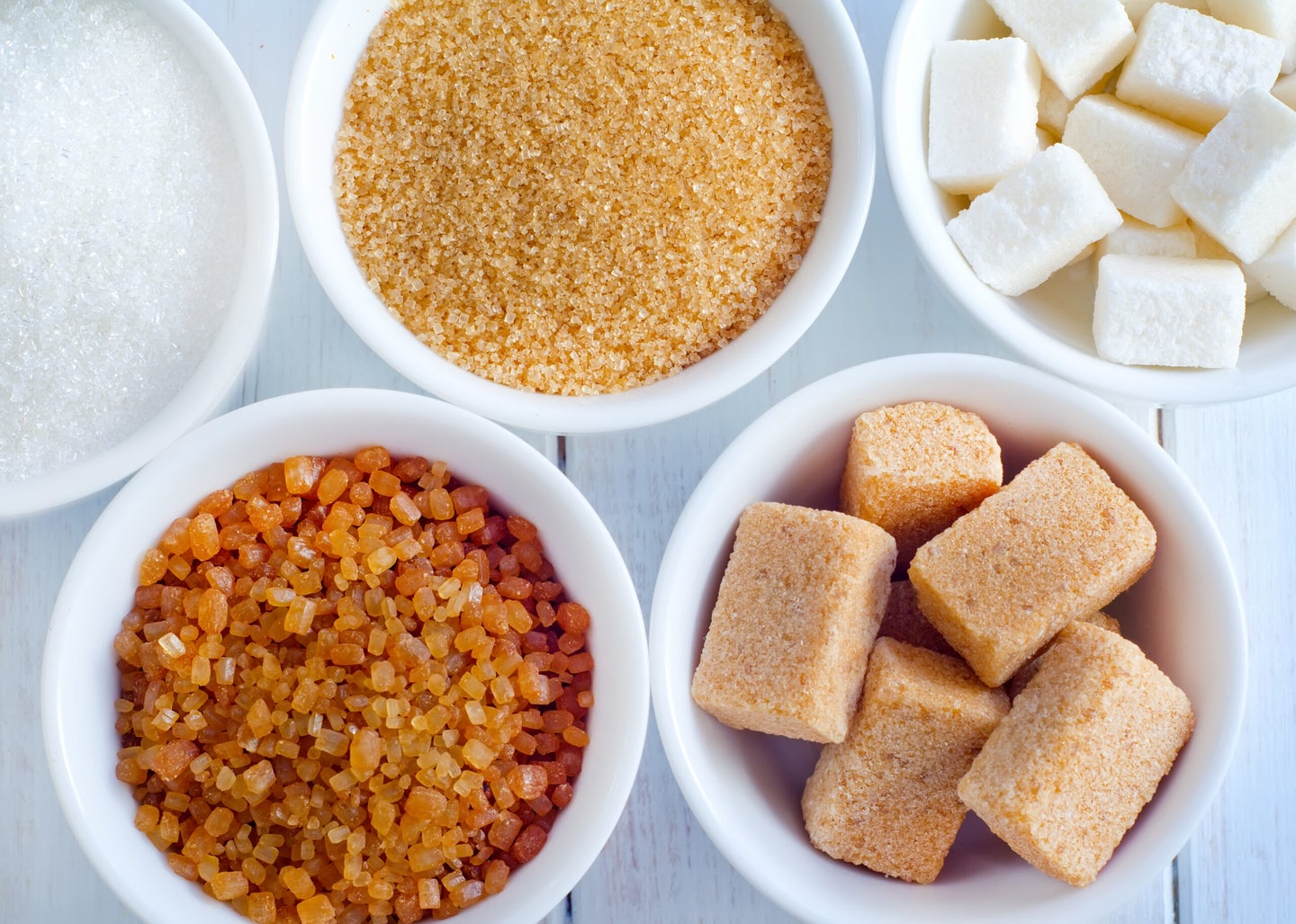 Let’s break down the numbers here. Despite its misleading name, the most commonly used form of HFCS only has 42 percent fructose in comparison to table sugar’s 50 percent. Honey, the beloved natural sweetener, has 49 percent. Standard corn syrup doesn’t have any fructose because it’s 100 percent glucose, which explains how HFCS got its name: It was a kind of corn syrup with more fructose than normal.

This is true for every form of natural sugar you see advertised on organic food because sucrose, the molecule you know as sugar, is made up of one fructose molecule and one glucose molecule. Honey is a bit different, as its fructose and glucose molecules aren’t bound together, but instead are free-floating—much more like HFCS.

“People say you should use honey, but what’s interesting about honey is that because the sucrose is split apart [into glucose and fructose], you can fit a lot more of those molecules into a tablespoon,” says Andrea Giancoli, a registered dietician and consulting expert on dietary policy. “A tablespoon of honey has more calories than a tablespoon of table sugar.”

Now, it is true that your body handles fructose metabolism differently from glucose metabolism, and products made with only fructose can cause metabolic issues as well as digestive problems. Pure fructose more directly impacts blood sugar, and eventually can lead to decreased insulin sensitivity and high triglycerides. But as a 2008 review of HFCS notes, those differences are irrelevant when talking about the health impacts of any of these commonly used sugars: “Sucrose, HFCS, invert sugar, honey, and many fruits and juices deliver the same sugars in the same ratios to the same tissues within the same time frame to the same metabolic pathways.”

[Related: See how much sugar is in “healthy food”]

Maybe the most confusing thing about the whole HFCS controversy is that there isn’t actually much scientific debate. Though there are still some questions as to how the body might process different types of sugar in distinct ways (you may have heard the term “fructose intolerance”), the research thus far shows that the metabolic effects are exactly the same.

The confusion stems from a 2004 study that correlated HFCS consumption with obesity rates in the U.S., which at the time were fairly closely aligned. More and more food companies were using table sugar’s syrupy cousin because it has properties that make it ideal for making processed foods like soda and candy. Around the same time, Americans were growing fatter. The researchers were careful to note that, as always, correlation doesn’t imply causation. Perhaps the rise of HFCS coincided with an increase in processed food consumption or simply in total calories consumed, and the shift in sugar use had nothing to do with it.

But that didn’t stop other people, both scientists and journalists, from drawing much broader conclusions. Many parties took the paper to mean that there was something unique about HFCS that contributed to obesity. But the study never claimed to prove that, and subsequent research has shown exactly the opposite. As a 2014 review in the journal Diabetes Care put it: “The belief that sucrose is metabolized differently than HFCS is a myth. No study has shown any difference between the two when each is given [in the same caloric values], nor is there any difference in sweetness or caloric value.”

In the time since that study, the grams of sugar per day (including HFCS) that Americans consume has declined, even as obesity rates have continued to climb.

Of course, this is not to say that you should feel fine eating food with HFCS in it. Just remember that it’s the nature of those products—the fact that they’re often sugary drinks and processed foods—that make them bad for you. An equivalent product made with real cane sugar is just as bad. In fact, one review paper points out that soda’s acidity actually causes sucrose to split apart into its constituent molecules, meaning the can starts out containing common sugar but looks quite different, at the molecular level, by the time you drink it. The authors note, “It is a sweet irony that purists who must have their sucrose-sweetened sodas end up drinking a sweetener composition more similar to HFCS and have been doing so since the first cola was formulated in the 1880s.”

The message here is that you should absolutely avoid HFCS. But you should also be avoiding all forms of sugar equally. You should really only be getting six to nine teaspoons a day at a maximum, according to federal guidelines, but Americans consume close to 20 on average. If we all focused on sugar as one lump category rather than “natural” versus “unnatural,” we’d be better at making healthy choices. Even the sugar found in fruits is unhealthy if you eat too much of it. Go ahead and drizzle some honey on your toast because you like the taste—but don’t fool yourself into thinking the natural sources of sugar don’t count as sweet treats.