A guide to cutting out the least healthy part of your diet. 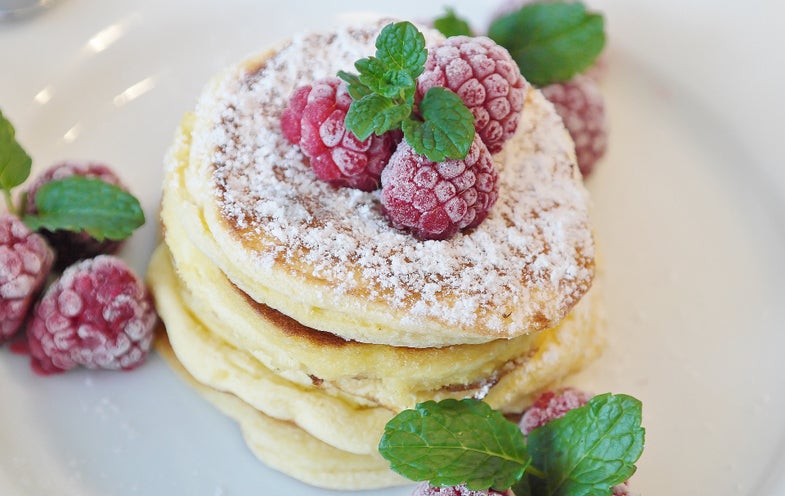 You should already be avoiding added sugars—but you’re probably not. Whoops.

With all the guidelines on what you should and shouldn’t eat floating around, it’s easy to overlook a few. Most of them seem like nonsense anyway. But avoiding added sugar is one that’s actually important.

Americans consume massive quantities of sugar, much of it in soda and candy, and it’s contributing to the rising rates of obesity. Sugar is delicious, there’s no doubt about it. But it’s also terrible for you. It triggers huge spikes in your blood sugar, prompting your body to store all that excess energy as fat, and eventually desensitizing your pancreas such that it can’t produce insulin in proper quantities (as is the case in people with type II diabetes).

Added sugar is fine in small quantities, but those daily quantities are on the order of 6 to 9 teaspoons for women and men respectively. The average American consumes 19.5 teaspoons per day. According to a recent survey by researchers at the Centers for Disease Control, toddlers now eat more than the recommended amount for adults.

“People don’t realize how much added sugar is in their diet,” says Andrea Giancoli, a registered dietitian and dietary policy expert. “We know some obvious culprits, but not the ones that are less obvious.” Sugar goes into baked goods not just for sweetness, she says, but because it helps with browning and adds bulk. Fruit drinks with beautiful logos look healthy and have health-halo words like “organic” and “natural,” but Giancoli notes that those terms just serve to trick people into thinking bottled juices are healthy. They’re usually not. And sometimes people don’t even recognize the names of the sugars inside a product. Often manufacturers list different types separately so that “sugar” isn’t the ingredient with top billing, and the other terms thrown into the mix might not read as sugar to the average consumer.

If you want to cut back, you’ll need to figure out what an “added sugar” even is, why it’s bad, and how to avoid it. And whaddya know—we went ahead and created the guide you need to conquer your added sugar habit .

What is an added sugar?

You can probably guess what an added sugar is: it’s any sugar that’s added during the preparation of a food. Ketchup sweetened with corn syrup has added sugar, but a fresh strawberry has none—all its sugars occur naturally. There are a few oddities in the technical definition, which we’ll get to in a moment, but generally speaking, if you had to add any kind of sugar—natural or otherwise—to a food product, that’s an added sugar. Starting in July 2018, the Food & Drug Administration is requiring manufacturers to list added sugars separately from the total sugars in a product, so it’s easier for consumers to spot super-sweet foods.

But having to write down a specific definition makes for some strange cases.

Maple syrup technically has no added sugar—its sweetness comes from the sugars in maple sap—but if you added maple syrup to a muffin mix, all the calories in the syrup would, confusingly, count as added sugars. The same goes for honey and orange juice. Oranges have plenty of sugar, and since orange juice is simply squeezed oranges, as long as you don’t add more sugar the natural sugars now in the juice don’t count as added.

The FDA does it this way in part because, well, maple syrup producers complained. How could Aunt Jemima— a maple-flavored corn syrup product—and an all natural one tapped by hand in Vermont both be listed as having added sugar? The actual maple syrup hasn’t added any sugar. It’s a fair point, but that doesn’t make the sugars in natural maple syrup any healthier.

Similarly, it seems unfair to make orange juice manufacturers say they added sugar when they didn’t. There’s still plenty of sugar in orange juice, though, and none of the fiber that helps make a whole orange good for you.

Sugar is sugar. This sounds obvious, but it can be a slippery slope to consider certain kinds of sugar to be fundamentally different from others. The only real difference in how we metabolize sugar comes from how the sugar is packaged.

Take fruit for instance: A single apple contains roughly 19 grams of sugar, but in order to access those molecules your body first has to break down cellular walls and digest the plentiful fiber therein. This is how your body is meant to get its sugar—you are literally designed to do so. Plus, the whole apple is only about 100 calories. Besides, says Giancoli, “we do need some sugar in our diet, we just don’t want it in a concentrated form.” Choosing to get your sugars from fruits is better simply because the whole package is more nutritious. We challenge you to find a toddler going into a sugar rush after eating an apple.

On the other hand, dried fruit generally has the same fiber content as fresh fruit, but with much less water. Without that bulk, you can eat many more dried blueberries than you could fresh ones. That also means ingesting more sugar, and 20 teaspoons isn’t good for you regardless of where it came from. It’s certainly possible to eat enough fruit to tip over your recommended daily sugar intake.

At what point do natural sugars become hazardous?

It’s tempting to conclude that because the natural sugars in fruits tend to be better for you overall, all natural sugars are better. Unfortunately, that’s not the case. Even some fruits like dates contain so much sugar that, though nibbling a few is better than downing a soda, eating too many will be just as bad as gorging on cake. Yes, you’re getting more fiber and other nutrients along with it, but in the end you should be striving to get less sugar overall.

Similarly, alternatives to table sugar are often just as bad as the plain white stuff.

“People say you should use honey, but what’s interesting about honey is that because the sucrose is split apart [into glucose and fructose], you can fit a lot more of those molecules into a tablespoon,” explains Giancoli. “A tablespoon of honey has more calories than a tablespoon of table sugar.”

So, again, sweetening dessert with a dash of honey instead of smothering it in powdered sugar is probably a good choice. But that doesn’t mean your treat isn’t a treat. It’s important not to confuse healthier sources of sugar with healthy sources of sugar.

How can I avoid added sugar?

Step one is to identify the foods you eat that have added sugar.

American adults get 27 percent of their added sugars from drinks. Soda and energy drinks often have more sugar in a single bottle than you should be imbibing all day. Fruit drinks come in a distant second, followed by grain-based desserts (think cake and cookies), with 8.0 and 5.8 percent of their daily added sugars respectively. The other most common added sugar sources are things you might expect—candy, cereal, syrup—but also include bread and tea.

Now, no one is saying you should stop eating bread. Soda and energy drinks, sure; they’re not giving you anything your body needs. But for other kinds of food, simply start making it a habit to check the labels—that’s step two. “I tell people to read the labels and to get more familiar with the names,” Giancoli says. “And don’t be convinced by organic or natural because they all act the same in the body.” Organic cane sugar is still sugar, and so is fruit juice concentrate, evaporated cane juice, dextrose, corn sweetener, cane sugar, malt syrup, and molasses.

Try to eat less of all of those sugars, but don’t expect to get to zero. “It’s not that you can’t have dessert—you should,” Giancoli says. “Food is supposed to be good, but make those choices wisely.”

She says her own rule of thumb is to pick the foods she’s going to really enjoy to indulge her sweet tooth, and to skip the other stuff. And when you do pick a sugar, whether it’s brown or white or honey, pick the one you like. “Don’t choose honey because you think it’s healthier,” Giancoli says. The point is not to load your diet up with sort-of-healthier choices. The point is to enjoy your unhealthy treats in moderation, and avoid unnecessary additives. “If you like it, use it.”