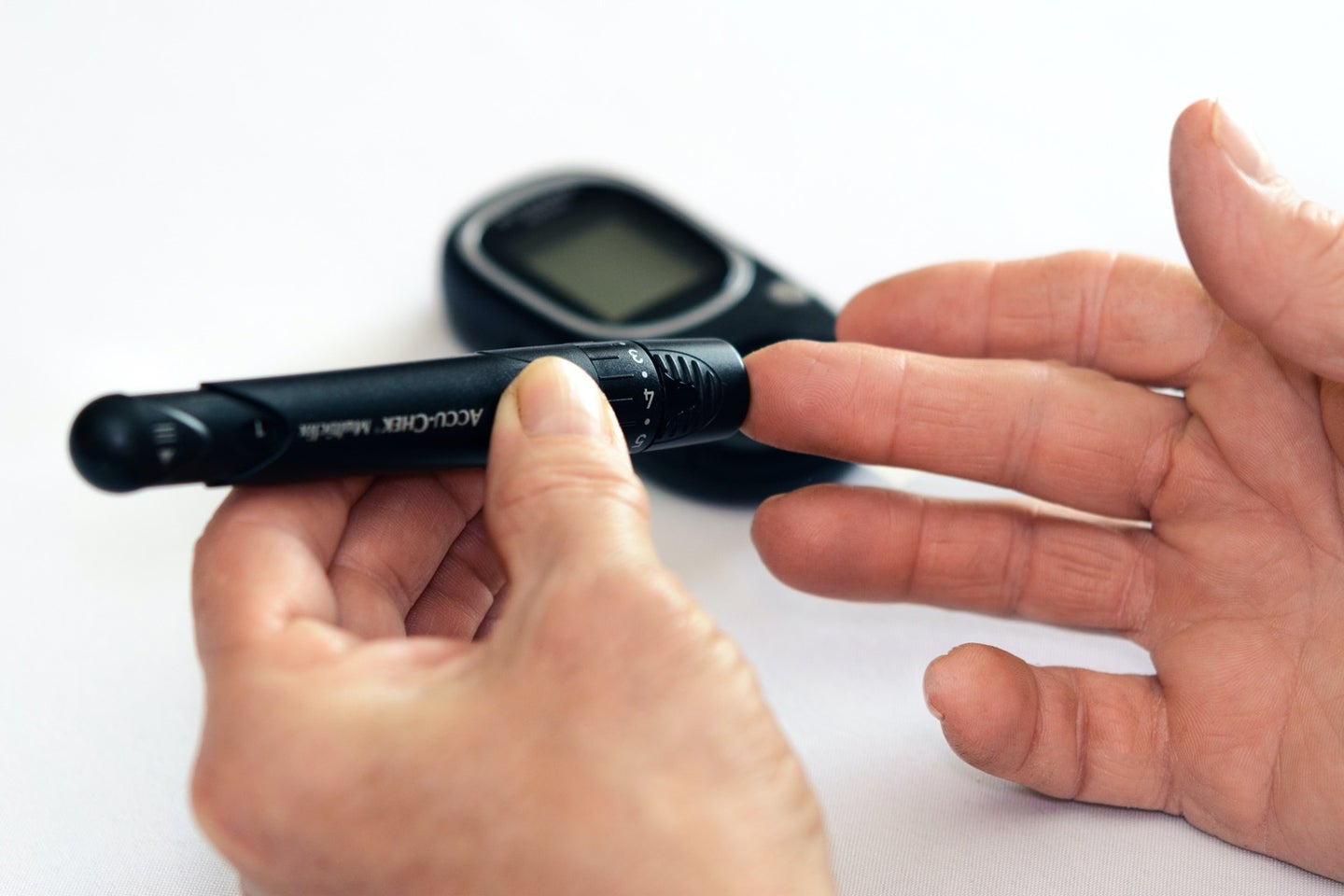 People with diabetes are often to prone to urinary tract infections. And now researchers are a step closer to understanding why. Pexels
SHARE

Your urine, or lack of it, could be a sign of diabetes, and scientists have finally pinned down a possible explanation. A Nature Communications study published on September 20 found that diabetes lowers a peptide called psoriasin that doubles as an internal antibiotic. When psoriasin levels decrease, it impairs the function of the urinary bladder’s cell barrier, making it easier for bacteria to travel up the urethra and into the organ, causing recurring urinary tract infections (UTIs).

About 11.3 percent of people living in the United States have diabetes. Of the 37.3 million, 8.5 million are undiagnosed. The high blood sugar levels triggered in diabetes weaken the innate immune system, raising a person’s chances of having regular infections, including UTIs. S. Adam Ramin, a urologist and medical director of Urology Cancer Specialists who was not involved in the new study, says people with diabetes also tend to have problems with urinary incontinence, or problems with incomplete bladder emptying, which can also lead to UTIs.

“Diabetes is a very common disease affecting, and in many respects changing, the lives of many people,” notes Annelie Brauner, a microbiology researcher at the Karolinska Institutet in Sweden and senior study author. What’s more, UTIs are commonly treated with antibiotics, which ups the risk of creating antibiotic-resistant bacterial strains and creates a need for alternative options for treating or preventing the infections.

[Related: Why your UTI keeps coming back]

The team collected urinary bladder cells and blood samples from people with type 1, type 2, or prediabetes to investigate a potential relationship between their glucose levels and the levels of an antimicrobial peptide known as psoriasin. Antimicrobial peptides such as psoriasin act as natural antibiotics to the body, also known as endogenous antibiotics. Their job is to destroy foreign bacteria. So if psoriasin levels are low, Brauner explains that it would be easier for bacteria to cause an infection. “It was a surprise that the difference was so clear between patients with and without diabetes,” she says.

The study authors discovered that having high blood sugar levels was associated with lower levels of psoriasin. The lower psoriasin levels led to changes in bladder cell membranes and cytoskeletons, compromising the uterine barrier and allowing more bacteria to flood through the urethra and into the bladder. The findings/results reveal a specific pathway that explains why patients with diabetes may get UTIs, says Ramin. “This protein is effectively the first line of defense against bacteria in the bladder,” he says. “Because they have a decreased ability to make this protein, they’re more prone to getting infections.”

Both experts agree it’s important for people with diabetes to keep their blood sugar under control. Avoiding high glucose levels improves immune function and, according to the study, raises psoriasin levels to help fend off bacteria. Ramin also advises that keeping a healthy weight and drinking lots of fluids to stay hydrated and prevent constipation can lower the likelihood of getting UTIs.

[Related: Doctors add diabetes to the list of COVID-triggered conditions]

Another potential way to increase psoriasin levels is by administering estrogen. Previous work from Brauner’s team observed that estrogen helped ‘glue’ together the gaps between the cells lining the damaged urinary wall. In the current study, the team tested estrogen treatment on cells exposed to high glucose levels. They found estrogen restored psoriasin levels and the function of uroepithelial cells in charge of killing invading bacteria. Clinically, this may support giving estrogen supplements to postmenopausal people with diabetes. “In some of the older female patients who are diabetic, we sometimes recommend they use estrogen vaginal cream or tablets, which can also help with this particular situation,” adds Ramin.