Errors happen in drug making. But quality testing helps prevent them from reaching the public. 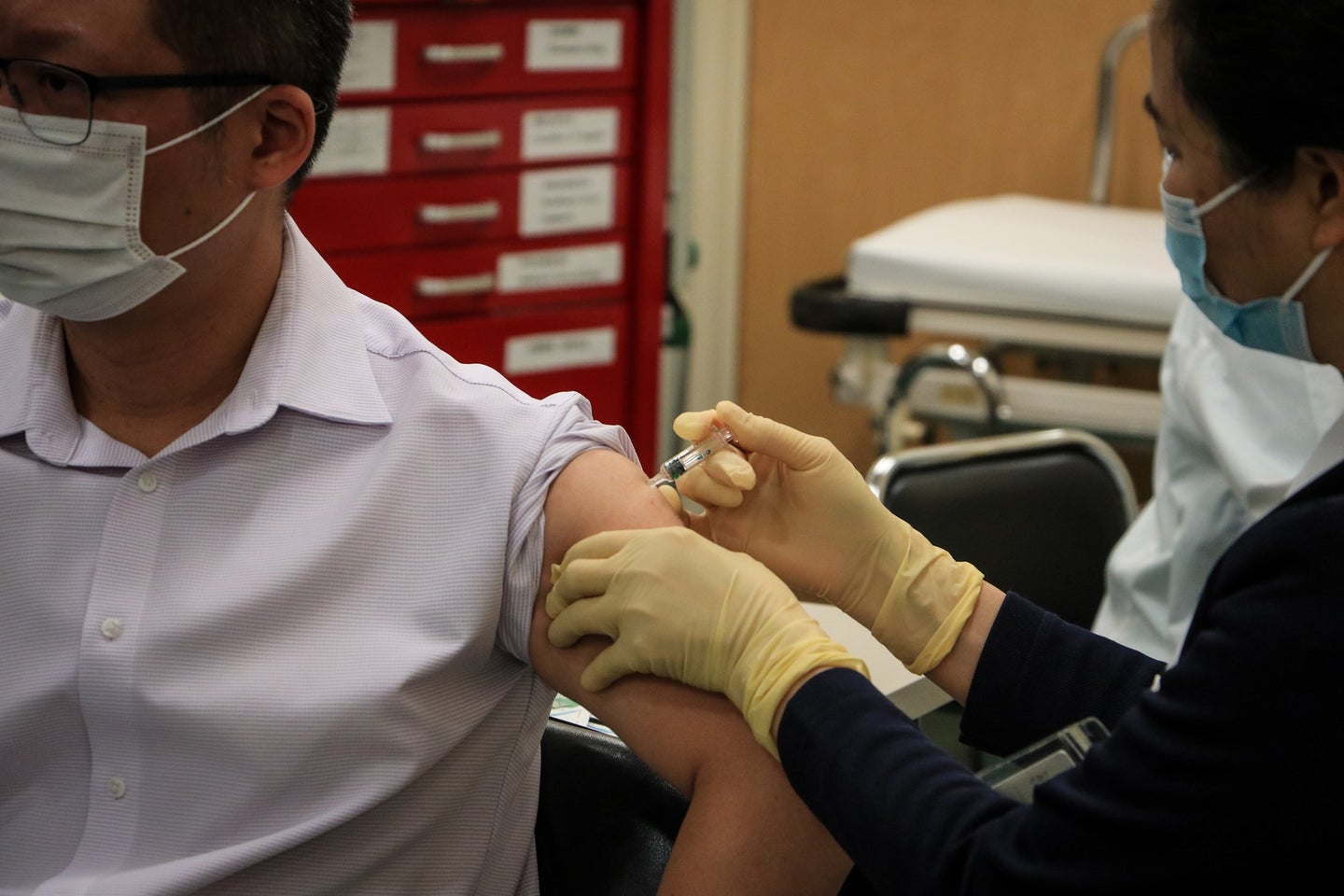 All of Johnson & Johnson's current US supply of vaccines were made and tested with rigorous standards in a facility in the Netherlands. Macau Photo Agency/Unsplash
SHARE

Tinglong Dai is an associate professor of Operations Management & Business Analytics at the Johns Hopkins University School of Nursing. This story originally featured on The Conversation.

Human errors at a manufacturing plant forced Johnson & Johnson to throw out 15 million doses of its COVID-19 vaccine—enough to vaccinate 7 percent of the US adult population.

The New York Times, which first reported the loss on March 31, 2021, called it “a major embarrassment” for the vaccine-maker and its subcontractor, Emergent BioSolutions.

But while errors with an impact of that magnitude sound shocking, they’re also a reminder that the US vaccine manufacturing process has strict quality control measures designed to catch these problems before they reach the public.

Vaccine manufacturing is complex, with many potential points for errors. As an expert in health care operations and the COVID-19 vaccine rollout, I closely follow vaccine manufacturing and approval processes. The multiple layers of quality checks by the producer and external inspectors throughout the process are essential to protect public health.

After authorizing a vaccine, the US Food and Drug Administration must approve and regularly inspect each vaccine manufacturing facility.

Before each batch of vaccines is released by the FDA, it undergoes rigorous and extensive testing to ensure vaccine safety. In the case of COVID-19 vaccines, manufacturers are required to submit the results of each quality control test for each batch of vaccines 48 hours prior to its distribution. This stringent quality control process has led to what the FDA describes as the safest vaccine supply in US history.

The quality control process is also how Johnson & Johnson discovered defects within the batch of 15 million doses at the Emergent BioSolutions facility.

The Baltimore plant was one of several contracted by the federal government in 2020 to help vaccine-makers ramp up production. The facility was still awaiting authorization from the FDA to deliver the vaccines for U.S. use when the problems were discovered. As standard practice, Johnson & Johnson said it had specialists at the facility to check safety and quality. The Washington Post reported that workers at the facility in late February mixed up the ingredients for the AstraZeneca and Johnson & Johnson vaccines both being produced there, throwing the entire batch into question. The FDA had previously flagged quality control concerns at Emergent’s Baltimore plant related to its testing of a potential treatment for anthrax, according to the records obtained by the Associated Press.

All vaccine manufacturing plants—domestic and international—require authorization from the FDA before they can supply vaccines to the U.S. population. The Johnson & Johnson vaccines currently used in the US were manufactured in Johnson & Johnson’s own facility in the Netherlands.

The US government’s Operation Warp Speed has also been involved in quality control. At one point, it deployed 16 Department of Defense personnel to two manufacturing sites to fill gaps in the quality control workforce so production could continue.

After vaccines have been distributed, the Centers for Disease Control and Prevention continues to monitor for any problems in patients.

How much time goes into quality checks?

The US learned years ago how crucial quality control checks and independent verification are for vaccine safety. In 1955, the polio vaccine rollout led to 40,000 vaccine-induced polio infections.

Flu vaccine-maker Sanofi says it now spends about 70 percent of its production time on quality checks, and its vaccines are checked again by health officials once they’re shipped from the facility.

The new mRNA technology used by COVID-19 vaccine-makers Moderna and Pfizer is somewhat less challenging because it doesn’t involve live virus, as traditional flu vaccines do. Pfizer says it spends more than half of its production time on assuring the quality of each batch.

Manufacturing process improvement is just as important as thorough quality testing, because errors do happen.

In 2020, AstraZeneca revealed that a manufacturing error led to one-and-a-half—instead of two—doses of its vaccine being given to nearly 3,000 study patients. That error clouded its study results and delayed the US approval process by months.

The Biden administration has asked Johnson & Johnson to step up its supervision of Emergent’s production process.

The incident shows that the industry has work to do to minimize manufacturing errors. Yet, I would argue that the public has every reason to remain confident in the rigorous quality control process that prevents bad vaccines from circulating and ensures vaccine safety.