The study had some limitations, and treatment centers still remain highly unregulated. 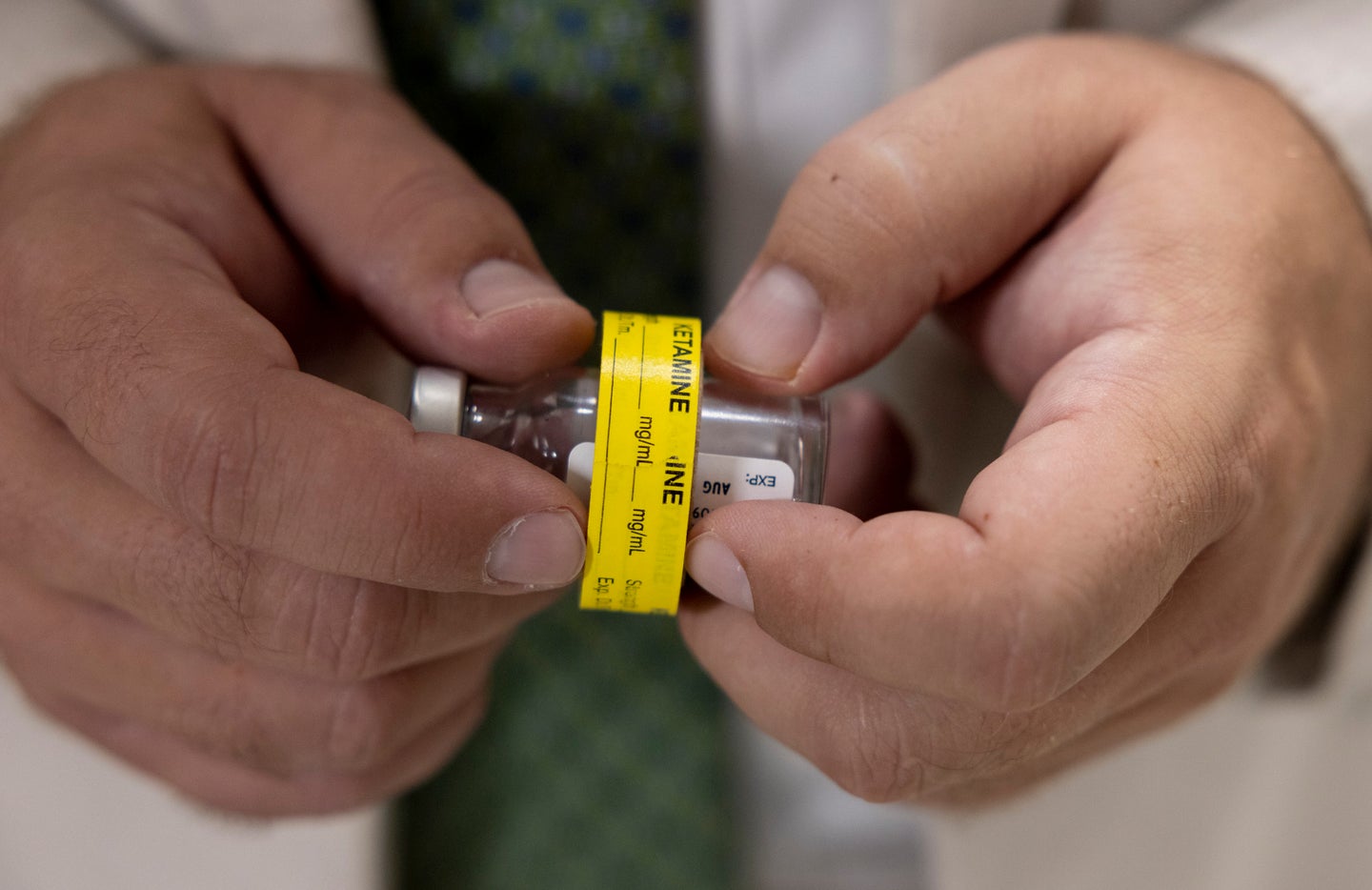 Ketamine has currently only been approved by the FDA for the treatment of depression in a nasal spray. Julia Rendleman for The Washington Post/Getty Images
SHARE

A study published Monday in the Journal of Clinical Psychiatry found that some people who received intravenous ketamine across three private ketamine infusion clinics had “significant improvement” in symptoms of depression, anxiety and suicidal ideation.

Used primarily in hospital settings as an anesthetic, ketamine is a very powerful medication that also is used illegally by less than one percent of the US population. It can create intense highs, hallucinations, and distortions.

Ketamine has been emerging as a potential treatment option for several years, and the Food and Drug Administration (FDA) approved a nasal spray derived from ketamine called esketamine for people with treatment-resistant depression in 2019. However, the FDA still hasn’t approved other ways of using ketamine to treat depression, such as IV infusion, shots in the arm, or lozenges. Some treatments using the medication are considered “off-label” and are npt covered by health insurance.

“While it’s wonderful to have new drugs, we remain reliant on serendipitous observation,” Steven Hyman, a psychiatrist at the Broad Institute, which partners in depression research with MIT and Harvard, told Popular Science in 2019. “We will have really turned a corner when we understand the mechanisms.”

[Related: Can tripping on ketamine cure PTSD? I decided to try.]

For this study, the researchers looked at data on 424 people with treatment-resistant depression (when symptoms of depression do not go away with traditional anti-depressants). The patients were treated between November 2017 and May 2021 at three ketamine infusion clinics in Virginia. These unregulated clinics specialize in treating suicidal ideation, depression, or anxiety. The patients filled out physical and mental health surveys during visits, and were given six ketamine infusions within 21 days.

The researchers say that half of the participants responded to the treatment within six weeks of beginning infusions and 20 percent had depressive symptoms in remission. After 10 infusions, response rates were 72 percent and remission rates were 38 percent. The team also saw a 30 percent reduction in anxiety symptoms over the course of the treatment and half of the patients who experienced suicidal ideation were in remission after six weeks.

This new study adds to a growing body of research into the its use in treating these types of illnesses. However, there are still no direct directives on how the drug should be used and private ketamine infusion clinics remain highly unregulated. Reporting from Bloomberg last year highlighted the growing market for psychedelic drug therapy “schools” charging large sums with little to no regulation.

Gerard Sanacora, a psychiatry professor at the Yale School of Medicine (who did not conduct the study) told CNN that the paper, “gives some more real-world data, which is incredibly important” because it helps show its potential to work in a more general population. He also explained that this study leaves some “critical gaps, including data on adverse effects and direct comparisons to other options, that make it difficult to conclude how it should be used.”

Additionally, one of the main limitations of this particular research is that that it was not conducted as a blind study with a control group. It relied on patient-reported surveys and didn’t take into consideration those who declined to have ketamine infusions. The team also acknowledge that they didn’t systematically assess adverse events or side effects of the treatment.

“It’s an epidemic, and it’s been going on forever,” said Patrick Oliver, the study’s lead researcher, the medical director of MindPeace Clinics, and a former emergency room physician, in an interview with The Washington Post. “And we’ve found a medication that literally costs pennies to make and is fixing these patients.” Oliver claimed that ketamine therapy could potentially become a mainstream solution to depression and potentially other mental disorders that have long been undertreated.

According to data from the National Center on Health Statistics, nearly 46,000 Americans died from suicides in the United States in 2020 and it is the second leading cause of death for Americans age 10-34 as of 2020.