The ketamine-like spray offers hope for people with treatment-resistant depression. 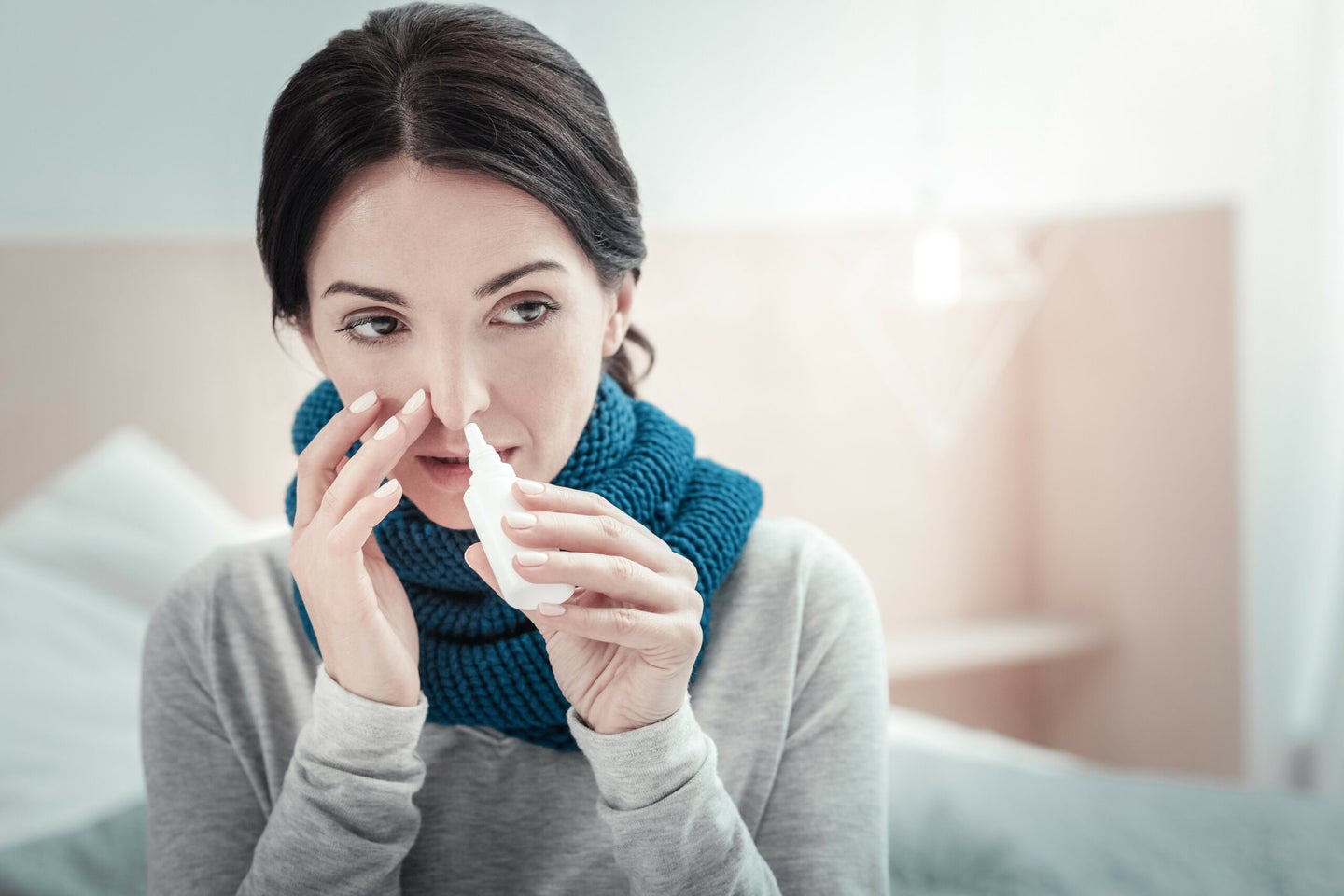 Spravato is administered as a nasal spray, but patients will have to use it in a doctor's presence. DepositPhotos
SHARE

On Tuesday the U.S. Food and Drug Administration approved an esketamine nasal spray for the treatment of depression. At first glance, the announcement seems like a big moment for the 30 to 40 percent of depressed Americans who haven’t responded to two or more conventional therapies. But the truth is a little more complicated.

“There has been a long-standing need for additional effective treatments for treatment-resistant depression, a serious and life-threatening condition,” the FDA’s Tiffany Farchione said in a press release. While that’s entirely true, there’s another way to see the approval of Spravato: a sign of how the American drug system and insurers shape innovation to maximize profit.

“In a way, it’s a milestone,” says psychiatrist David Feifel. Feifel is a professor at the University of California, San Diego, and the proprietor of a clinic that deals with treatment-resistant depression. FDA approval of this patented drug will mean insurers start covering it, he says. But Feifel isn’t certain yet if esketamine will be as effective as a drug he and a growing number of others already use in their clinics: actual ketamine.

Until now, access to ketamine for depression was very limited, Feifel says. The drug, which was developed in the early 1960s, has been approved by the FDA as an anesthetic since 1970. Because depression treatment isn’t an FDA-approved use for the drug, insurers don’t cover it, meaning treatments can cost more than $1,000 per month out-of-pocket, according to a 2015 article in The Lancet. But getting FDA approval is a time-consuming and costly process, and “no one wanted to spend a million dollars to invest in a drug that’s off-patent,” Feifel says. If ketamine got FDA approval for treating depression, any company would be able to market it. By developing esketamine—a compound that’s closely related to ketamine—and a nasal spray delivery mechanism, the pharmaceutical company created a product they, and only they, can sell.

Per Johnson & Johnson, the makers of Spravato, more than 1,700 adults participated in clinical trials of the drug that found it more effective than a placebo. Feifel questions how it stacks up against ketamine which he has used to treat depression for a decade. He was one of the first people to use ketamine in the treatment of depression while working at the University of California, San Diego.

The cellular mechanisms that cause depression still aren’t fully understood, and neither is it fully understood how ketamine—or even more conventional treatments like selective serotonin reuptake inhibitors (SSRIs)—work to treat it. In the case of SSRIs and other conventional drugs used to treat depression, one of the only things we know for certain is that they come with a host of side effects. That’s one of the reasons there’s ongoing interest in finding new treatments for depression.

Patients treated with conventional ketamine experience the same things that made it a 1980s and 1990s party drug, disassociation and hallucinations being at the top of the list. That doesn’t mean they spend their days in a haze; ketamine patients receive the treatment in a doctor’s office, and the fast-acting effects then last for weeks or months. But Feifel says his patients see the hallucinogenic aspect of the drug as a feature, not a nuisance. They “really believe that the amazing experience they have is part of the reason they feel better for days and weeks,” he says.

But some see these these experiences as potentially pesky side effects that don’t contribute to the success of the treatment. Such symptoms were much less common among clinical trial participants for the new nasal spray than they are for patients who receive ketamine via a shot or IV, says Feifel, but they’re still listed as side effects. Patients will receive the spray and self-administer it at their doctor’s office, where will they have to stay and be monitored for two hours. They will have to refrain from driving for 24 hours after taking the medication.

Is esketamine likely to be more effective than ketamine in the treatment of depression? “I doubt it very much,” Feifel says. “It allows a company to get a patent.” Still, proponents of ketamine as a depression treatment have been hoping to see it reach the mainstream for years, and this is the first truly new pharmaceutical method of treating depression to reach the mainstream in decades. It’s bound to have a positive effect.