With ketamine and brexanolone now on the market, and psilocybin on the same track, research on brain chemistry and depressive disorders is just starting to get serious. 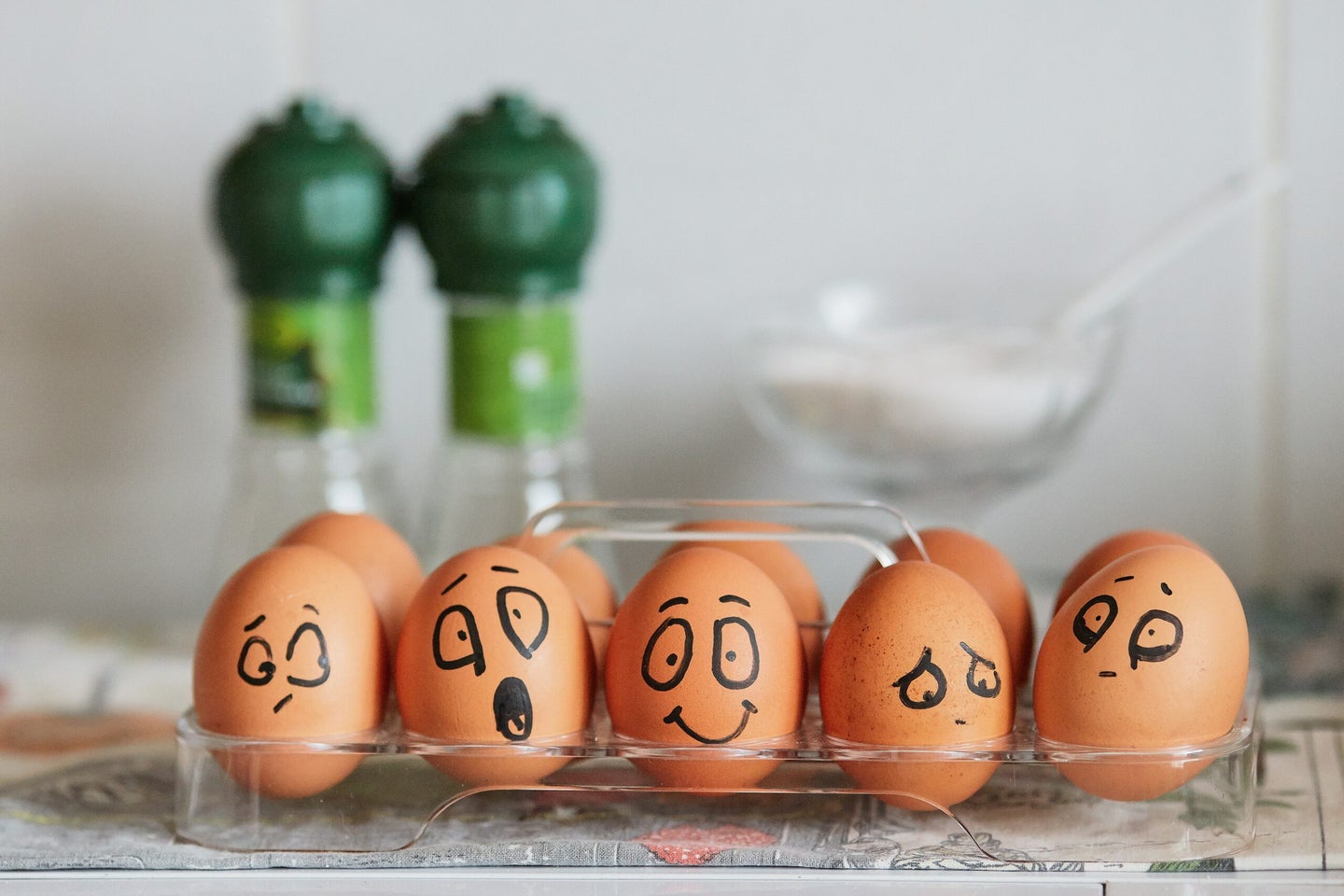 “It’s clear there are multiple kinds of depression out there with different causes.”. Tengy Art/Unsplash
SHARE

Depression is complicated, and so is treating it. Of the millions of Americans diagnosed with depressive disorders, up to 30 percent struggle to find relief with existing medications. Even so, the U.S. Food and Drug Administration (FDA) hasn’t approved a truly new antidepressant in the past 30 years, keeping the options both limited and generic.

That changed in 2019, however. This past March the FDA rubber-stamped two treatments that appear to target brain pathways that have only recently been connected to depression. Brexanolone, marketed by Sage Therapeutics as Zulresso, is the first drug to be approved specifically to treat postpartum depression in women who have just given birth. And esketamine, marketed by Johnson & Johnson as Spravato, is a nasal spray version of the hallucinogenic “party drug” ketamine. Both offerings improve patients’ symptoms within hours or days, as opposed to most standard antidepressants, which take weeks to manifest.

Doctors welcome the therapies as novel approaches to a multifaceted issue. Still, many doubt that the approvals represent a revolution in mental health care, noting that the methods aren’t yet fully proven or figured out. “While it’s wonderful to have new drugs, we remain reliant on serendipitous observation,” says Steven Hyman, a psychiatrist at the Broad Institute, which partners in depression research with MIT and Harvard. “We will have really turned a corner when we understand the mechanisms.”

The high rate of treatment-resistant depression–along with improved knowledge of the human brain and genetics–have led scientists to recognize that some disorders are different diseases entirely and require more nuanced treatments. “After 20 years or so of fiddling around with the same thing, we start to realize we’re not gaining that much ground,” says Walter Dunn, a psychiatrist at the University of California San Francisco. “It’s clear there are multiple kinds of depression out there with different causes.”

Most antidepressants like Prozac and Effexor modify brain signalling pathways used by the chemicals dopamine and serotonin: two major players in mood regulation. The majority of recent FDA drug approvals have been slightly tweaked versions of these formulas, which means they do little for patients who didn’t respond to the original drug. The updates allow pharmaceutical companies to put copycat medications up for sale, simply by lowering the risk of side effects or altering the way the chemical is absorbed. That, in turn, influences research around new mechanisms and medications: With limited profits in the antidepressant market, multiple brands have closed their mental health research programs in the past two decades.

But hopes began to lift in the past few years, when small clinical trials showed that a common veterinary anesthetic rapidly eases depression in some patients. Instead of targeting dopamine or serotonin, ketamine and its derivative esketamine bind to a molecule on cell surfaces called the NMDA receptor. It’s still unclear how the NMDA pathway works into depression, or whether esketamine is as swift and effective on every kind of patient, but the Veterans Administration is already doling out prescriptions (with certain restrictions). 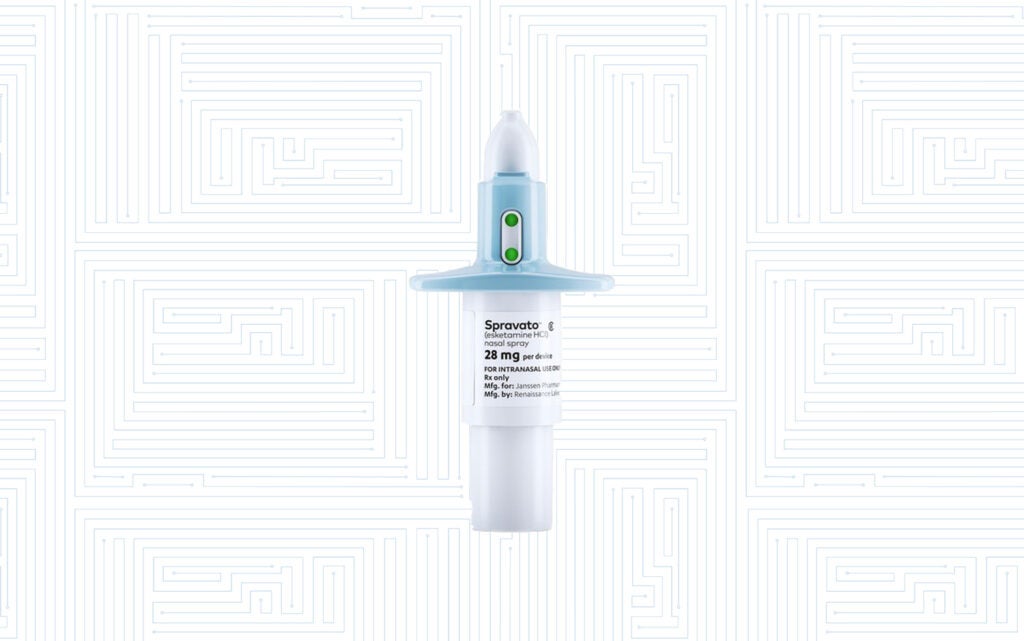 The other new FDA approval, brexanolone, targets yet another biological mechanism called the GABA pathway. After an individual gives birth, their levels of estrogen and progesterone plummet–an imbalance that’s thought to cause depression in about one in seven mothers in the US. Brexanolone mimics a product stemming from progesterone and binds to GABA receptors on cell surfaces. In two clinical trials, 50 percent of women taking the drug saw their postpartum disorder improve within two days.

Currently, brexanolone can only be administered through an IV infusion, requiring a patient to stay in the hospital for 60 hours. But maternal psychiatrist Anna Glezer of the University of California San Francisco says that this is a fraction of the time that a mother with severe untreated depression could spend in a ward. “If there’s a way to potentially cut down on hospital time and get women feeling better faster, it can be good for both mom and baby,” she explains.

Both drugs have drawn criticism for their high cost and the fact that both are difficult to administer. Brexanolone costs $34,000 on average, plus the price of a multi-day hospital stay–although FDA approval means that insurance may cover at least part of the fee. Meanwhile, to make a profit off ketamine, which can’t be patented, Johnson & Johnson’s research division Janssen isolated S-ketamine, one of the two mirror-image molecules that make up the original drug’s compound, and turned it into a nasal spray. A dose of the resulting product, esketamine, costs as much as $885, and that’s on top of the fees of administering it a physician’s office–a requirement because the substance is still “classified.” 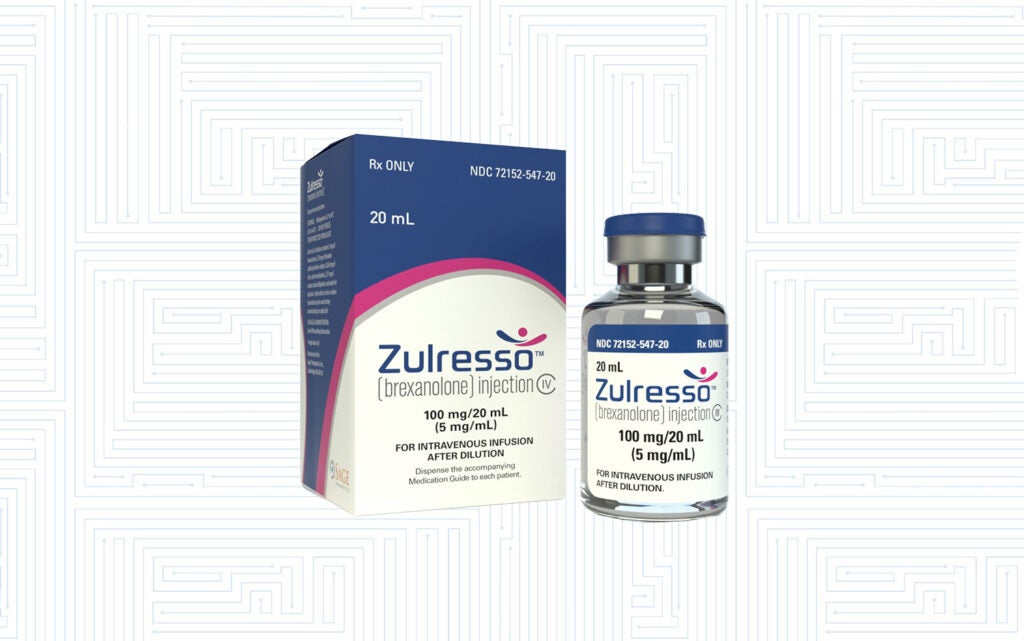 Innovation of the Year: Zulresso by Sage Therapeutics

The first medicine for postpartum depression.

Researchers also caution that the long-term safety of the drug is unknown, and some even doubt how effective esketamine can be in the short term. In three out of the five clinical trials Janssen ran and submitted to the FDA, the spray didn’t prove much more effective than a placebo. But the agency only requires two positive trials for a drug to be approved, so it green lit it. “I think the new mechanism of action kind of blinded people to some of the issues that would have been showstoppers if this had been a [copycat] drug,” says Erick Turner, a psychiatrist at Oregon Health and Science University.

Still, the approvals signify that when it comes to depression, researchers and federal officials are beginning to think more creatively. The changing attitude toward taboo substances, evidenced by marijuana legalization in many states, has opened minds to unconventional therapies like ketamine. “These are drugs of abuse for a reason; they must be doing something to the brain,” Turner says. In the past months, the FDA has granted “breakthrough” designations to two organizations developing psilocybin–the compound found in hallucinogenic mushrooms–as an antidepressant for patients who haven’t responded to other medications. If clinical trials are successful, the agency will fast-track the treatment’s approval, though that’s not expected to occur for several more years.

To that point, Dunn says the most exciting thing about the new drug approvals may be their potential to inspire other innovations. By unraveling new relationships between brain chemistry and mental well being, drug makers can now cook up targeted molecules that work for certain disorders and don’t lead to abuse or dependence. For instance, several pharmaceutical groups are attempting to mimic ketamine and home in on the NMDA pathway, without causing hallucinations.

But that road has proven rocky: Several of the most promising NMDA-focused drugs have failed in late-stage clinical trials, and in December, Sage’s experimental antidepressant, which is intended as an oral alternative to brexanolone, didn’t do well against placebos in a big clinical trial.

These poor results are likely to give pause to companies aiming to develop antidepressants, despite the potentially enormous and sadly growing market. “We understand there is huge unmet medical need, but we don’t know how to get from where we are today to success,” Hyman from the Broad Institute says. The biology of depression is immensely complex and includes factors like genetics, brain inflammation, chronic pain pathways, and even microbes that live in the gut. So, it’s little surprise that therapies targeting any one factor are limited in their success.

Until the drivers of depression grow clearer, Hyman doubts that even profitable, FDA-approved drugs can lure the pharmaceutical industry back into antidepressant research. The new mechanisms revealed by ketamine and brexanolone were discovered mostly by chance, and the drugs took many years to develop before they reached viability in 2019. “It’s great to have what we have,” Hyman says, “but being lucky is not a plan.”