Why Juul vaping products might start disappearing from US stores

Ending Juul sales could be one small step in addressing nicotine addiction across the country. 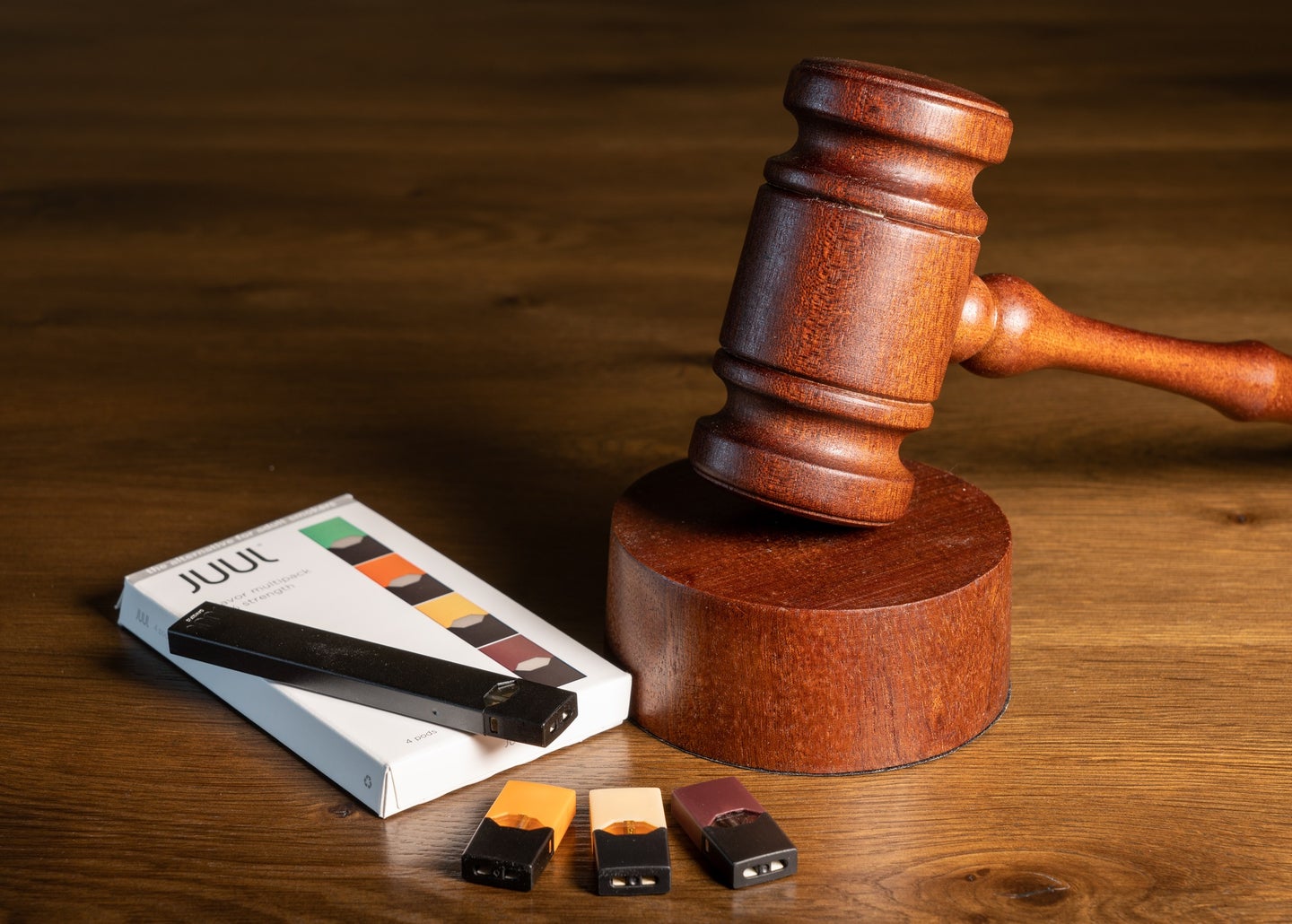 The FDA's ban on Juul sales was short-lived—but it might be reinstated again soon. Deposit Photos
SHARE

The e-cigarette brand Juul is on the verge of a nationwide ban on its sales of its products. Last Thursday, the Food and Drug Administration (FDA) ordered the company to stop selling its products and pull any items currently on the market, citing concerns on the products’ potential toxicity. But the day after, a federal appeals judge in D.C. temporarily suspended the ban, allowing the company to keep selling its e-cigarettes. Juul had until today at noon to respond to the FDA’s order for evidence that its products are not a severe health hazard and benefit public health.

The FDA is enforcing new regulatory guidelines for electronic cigarettes currently for sale or planning to launch in the US market. Their decision involves reviewing data on safety and public health benefits to decide which products stay on shelves. Currently, the FDA has allowed the sale of 23 other e-cigarette products. The FDA’s decision to stop the sale of Juul e-cigarettes is because the company submitted insufficient data for government authorization that their product is good for people. The evidence presented to the FDA were considered “insufficient and conflicting.”

[Related: The FDA is prepping its biggest cigarette crackdown since the ’60s]

E-cigarettes first made their US debut in 2007; by 2014 they were the most commonly used tobacco product among teenagers. As of 2018, 1 in 5 high school students and 1 in 20 middle school students use e-cigarettes. Juul’s e-cigarette products are commonly blamed for the teen vaping epidemic. One of the company’s most attractive features is that it offered kid-friendly flavors such as mango, fruit, and cucumber, which were banned in October 2019 because of an alarming increase in vaping use among teens. Still, Juul is the second best-selling e-cigarette brand today among teens and adults.

Some studies suggest e-cigarettes and chemically damages a person’s DNA and contradictory results submitted to the FDA suggest chemicals from Juul’s e-liquid pods may do this. Other research has found conflicting results results on whether e-cigarettes truly help adult smokers quit using cigarettes. Therefore, the FDA concluded that it does not have enough data to undergo a complete assessment of the health risks Juul’s e-cigarettes pose to their users. As a result, the FDA issued a marketing denial order for all their products, meaning the company can no longer authorize sales without facing legal action.

The ban would affect the sale of all Juul e-cigarettes, not how a person uses them. In other words, you can keep using Juul products if you already have them in your possession and are 21 years of age or older.

While Juul e-cigarettes have been overtaken in recent years by disposable vapes such as puff bars, the decision is expected to help reduce teen vaping overall. “FDA’s decision to turn down Juul’s application represents the most significant step FDA has taken to reverse the youth e-cigarette epidemic,” Matthew Myers, the president of the Campaign for Tobacco-Free Kids, told CNN.

Some doctors, however, say the ban will have little effect if people can get their hands on other nicotine products. “This is one company out of hundreds that are now operating in this marketplace,” Jacob Kaslow, a pediatric pulmonologist at Vanderbilt University Medical Center, told said in an interview with WSMV4.

The ban is one small step toward a larger US crackdown on other nicotine-containing products. In early June, Biden administration said it set a maximum nicotine level for all smoking products to reduce the chances of addiction, lung cancer, and other illnesses. The timeline is May 2023, though, opposition to the policy may delay or prevent it from ever taking effect, according to according to The Washington Post. For a full list of symptoms linked to vaping and other forms of smoking, go to the Centers for Disease Control and Prevention website.