Health concerns while carrying a baby shouldn’t be much different from the rest of your life. 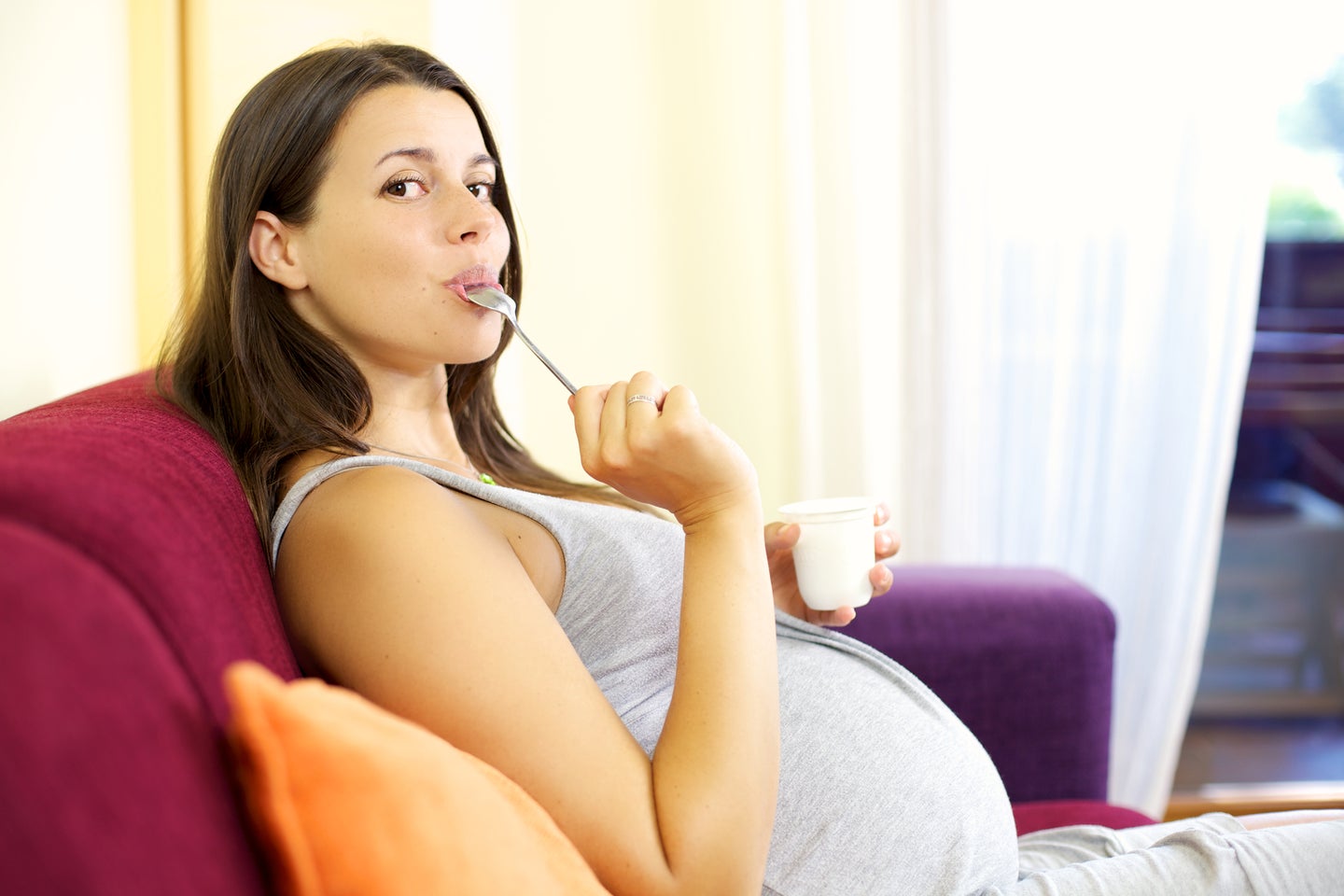 Women spend a lot of their lives being told what to do—and not do—with their bodies. This is perhaps the most true during pregnancy. Everyone has an opinion. Everyone thinks they’re right.

The problem, at least in part, is that there’s so little reliable research to fall back on. That leads misinformation to spread unchecked, and prompts far too many people to guilt-trip future parents into following what seem to be medical guidelines, even when they’re not backed by science.

And it doesn’t help that headlines often scare prospective parents into thinking everything is terrible for their kids. One recent study that linked caffeine intake during pregnancy with a child’s obesity later in life, for example, is just one part of a complicated story. A cup of coffee a day is unlikely to adversely affect a fetus. Three or four? That could have a negative impact. But the truth is murky, and fear-mongering doesn’t help.

“I think we get into trouble as a medical community when we are using… a fear-based approach to counsel women about what could be very important decisions, based on science that is not always up to snuff,” says Jennifer Lang, a board-certified OB/GYN and gynecological oncologist in California (she no longer has a practice, as she now focuses on education and outreach). “We have a challenging time in the medical community because it’s quite difficult to do well designed clinical trials.” Institutional review boards don’t like approving studies where pregnant subjects could be randomized to get a drug or treatment that might be harmful, Lang explains, and pharmaceutical companies don’t want to take on the liability.

Almost no pharmaceuticals, prescription or otherwise, get tested on pregnant people for this reason. And so we often have no real idea how they’ll affect bodies with massively elevated hormone levels—bodies that are literally growing other bodies inside them. As a result, Lang says, we constantly find out after the fact that medicines we’ve been giving to pregnant patients are actually harmful. Prior to the ’70s, physicians prescribed intravenous alcohol to prevent preterm birth and calm uterine contractions without having any real evidence that it did so (and, it turns out, it doesn’t seem to but it might carry real risk for the mother and the baby). Doctors also used to give diethylstilbestrol, better known as DES, to millions of women to prevent miscarriages. But not only did DES fail to prevent miscarriages, it increased the risk that the daughters of those patients would get cancer. Female offspring of those prescribed DES are 40 times more likely to get a kind of rare vaginal cancer.

These are, of course, extreme cases. Not every drug that we haven’t tested will turn out to be harmful during pregnancy, but the fact remains that it’s a risk. Lang notes that she encourages her patients to avoid as many drugs as possible, because we simply we don’t know what might be found to be harmful in the future. But she acknowledges that there has to be a balance.

Antibiotics, for example, are rarely tested on pregnant women. They could easily be causing microbiota changes that we’d rather leave alone, and the safer route would be to avoid treating minor problems with immediate antibiotics. But there are also lots of serious infections that are far better to treat with antibiotics than to leave a pregnant woman’s immune system to deal with on its own. Infections—including those as common as herpes and the flu—caught during gestation can cause complications with the pregnancy itself, and potentially affect the fetus.

There are many cases where, even though the science is lacking, women are given strict guidelines that may not actually help their health. They may even be detrimental.

Exercise is a great example of this. Lang notes that, even in her book The Whole 9 Months, she references a perceived exertion scale that “is based on a lot of anecdotes and not a lot of hardcore science.” The idea is that on a scale from 1 (no exertion) to 10 (breathing hard, can’t sustain the activity for long), pregnant women shouldn’t get above an 8. “It’s based on a theoretical that extremely difficult exercise could lead to an increase in core body temperature that could theoretically cause a problem is the embryo’s development,” explains Lang. “But we really have no science to back up that claim.” She herself is an Ironman triathlete and continued exercising per usual throughout all three of her own pregnancies.

Plenty of women, Lang included, get genuine joy and relief from intense exercise. When they’re then told to stop doing something that’s so beneficial, it can have serious negative consequences for their mental health. If that recommendation isn’t based in evidence, we’re just guilt-tripping mothers into stopping an activity that they enjoy.

And the flip-side is that plenty of pregnant people don’t get the minimum recommended 150 minutes of exercise each week. “How many women have no exercise program whatsoever and use these recommendations that they hear as the excuse not to pursue exercise?” Lang asks. “What’s the net harm from that?” We know that lack of exercise, both throughout your life and during pregnancy, leads to a whole host of other issues from obesity to diabetes. Excess body fat itself leads to hormonal excess (we store estrogen in our fat cells), and that body fat can be immunosuppressive, leading to people with gestational diabetes to have more infections.

We also know that pregnant people who exercise—even, Lang notes, strenuously—have lower rates of all kinds of pregnancy-related complications. They complain less of back pain and general discomfort, and they go on to have healthy babies who themselves lead healthy lives.

In general, what’s good for your health in the rest of your life is good for you during pregnancy. Eat a well-balanced diet full of whole fruits, veggies, and grains, and relatively devoid of processed foods and red meat. Exercise regularly. Don’t smoke. Limit your alcohol intake.

If expectant parents aren’t already leading these kinds of lives, it is of course important to promote healthiness for their own sake as well as their baby’s. But Lang says it’s equally important not to fear-monger or guilt-trip—that just makes patients turn away from their healthcare providers. So many physicians and mommy-bloggers send women the message that they have to change their habits because now they’re eating for two. Suddenly junk food isn’t just wrecking your own insulin response, it’s potentially jeopardizing an infant’s body. As Lang puts it, “I don’t believe that we should guilt trip pregnant women, I think we should look as a culture at what we’re feeding everyone.”

Americans on the whole eat horrendous diets. We don’t get enough fiber, we consume too much red meat, we down enormous quantities of sugar, and all of this makes us enormously unhealthy as a population. Lang argues that we should be focusing on those root issues, not reprimanding pregnant women for the same problems everyone is facing.

Lang much prefers to focus on mindfulness. Pay attention to what your body is telling you. “If we really dial in to what we’re feeling,” she says, “often we will notice that we’re not really hungry, we’re tired. We don’t really need a glass of wine, we need a nap. We don’t really need chocolate, we need to talk to our intimate partner about how what they said yesterday made us feel sad.” Lang thinks if we thought more about how our food and exercise habits really made us feel long-term, more people would make better choices. But above all, she says, we have to truly listen to pregnant women. It can’t be an all-knowing doctor handing down the definitive word—it has to be a conversation.

We should all strive to live healthier lives all the time, not just when we’re carrying a fetus inside our bodies. We should probably all be drinking a little less and eating a bit more fruit and exercising more often. “I think it’s a big mistake to think of pregnancy as a state of disability where everything in your life has to change,” Lang says. “Really, very little has to change.”

Note: a previous version of this article misstated when IV ethanol was last used by physicians—it hasn’t been in use since the mid-1970s.