Chronic Lyme disease is a nightmare. Here’s why it’s so hard to detect and treat.

Tens of thousands of Americans may have it. But few are getting the expert help they need. 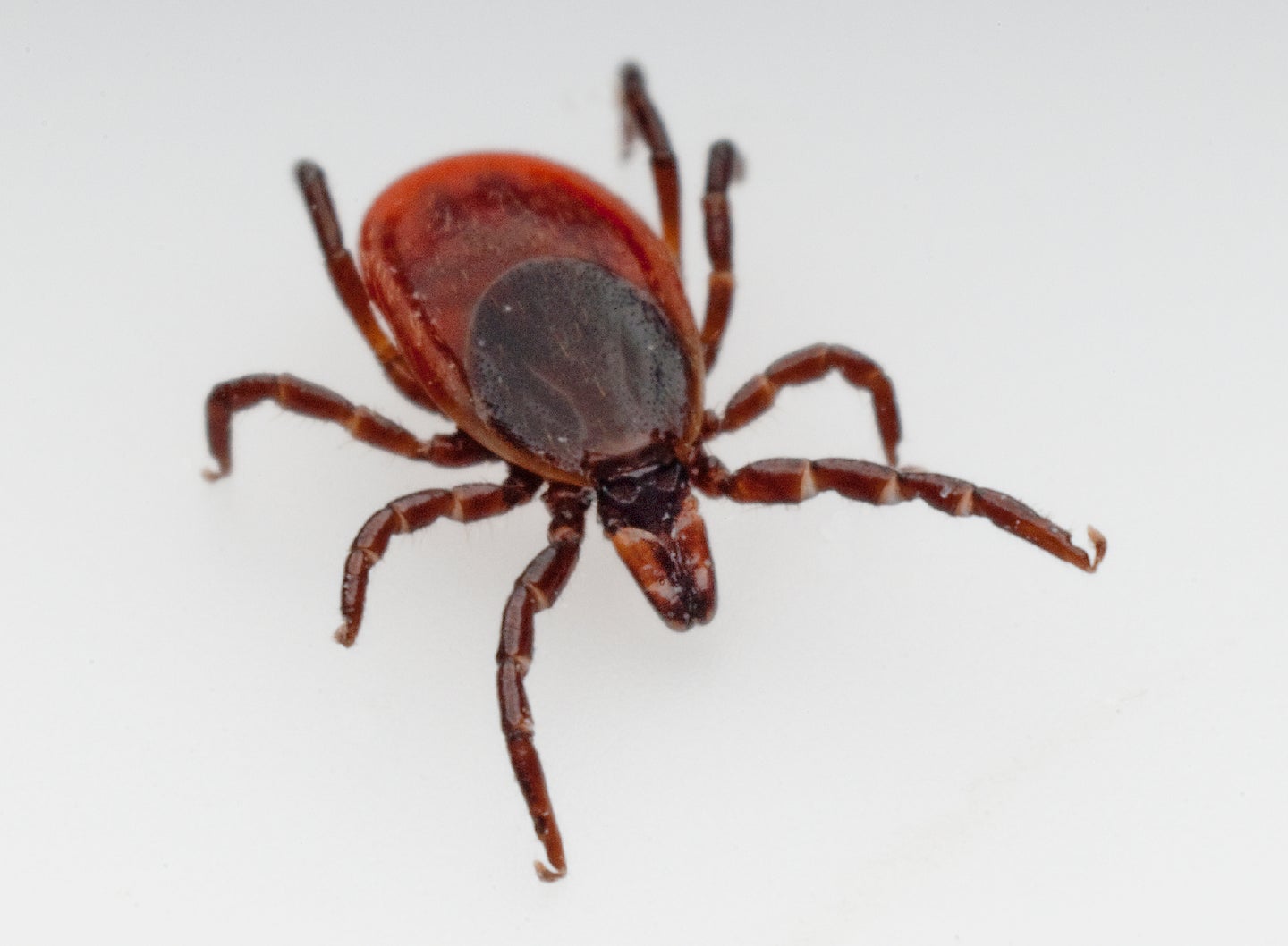 Deer or blacklegged ticks are the main sources of Lyme disease in the Eastern US and north-central US. Sonar/Deposit Photos
SHARE

My living nightmare started in February of 2019. That’s when my 2-year struggle with Lyme disease began. I never even saw the tiny, poppy-seed-sized tick that got me. And I never saw a bullseye rash. It was six months before I got a diagnosis. By then, the microscopic spirochetes that cause the illness had worked their way into my joints. A simple two-week course of antibiotics would not fix my problem. I didn’t know it then, but I had entered a struggle where constant joint pain, crushing insomnia, and a never-ending flu-like brain fog would haunt my every step.

Today, I’m older and a little wiser. After countless prescriptions and doctors’ appointments, and interviewing several of the top Lyme researchers in the field, I know a lot more about Lyme disease and ticks than I ever wanted to. I’m also largely symptom free.

But it didn’t come easy. The good news for you is, I can pass those years of knowledge on to you in a few minutes, so you can arm yourself against this damaging disease.

Listen to this story on the first season of “The Outdoor Life Podcast”:

The trouble with detecting Lyme disease

The real problem with Lyme isn’t that it’s hard to cure. It’s not—if you know you have it in the first month. In that case, a quick course of the right antibiotics is enough to cure you permanently. Or at least until you get another tick bite. The problem is what happens if you don’t catch it in time.

“We typically see manifestations of chronic symptoms occurring when there’s any sort of delay in diagnosis or treatment,” says Shannon Delaney, Lyme researcher at Colombia University.

Those chronic symptoms show up in what’s called post treatment Lyme disease syndrome (PTLDS). They happen in about 20 percent to 30 percent of Lyme sufferers, making Lyme the painful elephant in the outdoor-lover’s living room. Many victims turn to Lyme specialists or “Lyme literate doctors.” Others suffer in silence. Still others may not even know they have it. There’s also no test that proves you’re cured. So, if you get the “cure” but you’re still sick, what then? The answer is a deep, wide trail of suffering for millions.

Each year, approximately 35,000 new cases of Lyme disease get reported. Yet the CDC estimates that there are 476,000 people diagnosed and treated each year. That’s nearly 5 million infected Americans in the past decade alone.

The massive difference in those numbers comes from a hiccup in the reporting process. The CDC only counts a new case of Lyme if the doctor who treats it fills out a special CDC report. Doctors are busy, and they often don’t take that extra step. But there may be even more cases than we know, since many Lyme sufferers may not get diagnosed at all.

According to a nonprofit called the Global Lyme Alliance, the initial test most doctors use for Lyme, called the ELISA test, has a 50 percent false negative rate.

Delaney agrees that current testing methods leave a lot to be desired. “It’s pretty universally acknowledged that the primary tests for Lyme disease are insensitive,” she says. After all, the tests don’t look for the organism in the victim’s body. They look for the body’s immune response, which can be a moving target.

Eva Sapi of New Haven University’s Lyme Research Center, goes further. “There may be as many as 200 strains of Lyme disease out there,” she says. “Yet the tests we have today only work for a small number of those species.”

But this all gets even more complicated when Lyme researchers and medical officers don’t necessarily agree.

“It’s possible that there are species of Borrelia we haven’t identified,” says Christina Nelson, Medical Officer at the CDC, noting that a couple of new species have been discovered in the past few years. “But you’d expect these to show up on standard Lyme antibody tests, since different species of Borrelia often cross-react on those tests.” She also argues that the tests are not insensitive during later stages of infection. “The vast majority of people who have disseminated Lyme disease develop an antibody response that shows up on the standard tests.”

One problem with the testing everyone agrees on is the timing. Marcelos Campos, Chief of Internal Medicine at Atrius Health in Boston, who also teaches at Tufts and Harvard Universities, says it matters when the test is given.

“So for example, if someone gets bitten by a tick, and they get tested five or seven days later, it will most likely be negative because the test is looking for a response that hasn’t started yet,” says Campos. One testing lab called IgeneX attempts to solve the testing problem with a more lenient standard. So far, the CDC doesn’t recognize IgeneX’s testing panel, though many doctors currently rely on it.

There was a simple, safe, effective vaccine for Lyme disease about 20 years ago. Sam Telford, Director of the New England Regional Biosafety Laboratory at Tufts University, helped develop it in the early 1990s. “Sadly,” he says, “it now sits on a shelf.”

Telford and his team came up with a unique method where the vaccinated animal’s blood came into the tick and killed the bacteria before they had a chance to get into the body. SmithKline Beecham company, now GlaxoSmithKline, optioned the vaccine and tested it in three-phase clinical trials with 8,000 subjects, finding it safe and 6o percent to 70 percent effective in preventing illness. The FDA approved it for sale in 1998, but the company withdrew it in 2002 because of lawsuits.

“Lyme disease activists said, Oh, well this vaccine gave us Lyme disease, or it gave us arthritis,” Telford says. “They instituted a class action lawsuit against SmithKline to the tune of $1 billion.”

The CDC said there was no medical basis for the lawsuit, and it was thrown out of court. Still, the company got cold feet. “They withdrew the vaccine from the market, and it’s been sitting in their freezer ever since.”

In the meantime, a veterinary vaccine maker known as Meriel packaged the vaccine for use in dogs. “It’s essentially the same one that went through human clinical trials,” says Telford. “So we can vaccinate dogs against Lyme with a vaccine that is safe and effective, but we can’t do it for humans.”

There’s hope on the horizon though, as Pfizer has pushed a new Lyme vaccine into phase II clinical trials. Even so, it could be five years or more before that new vaccine is on the market.

Read the rest of the story over at Outdoor Life.