Why your UTI keeps coming back

Blame the pills you've been popping. 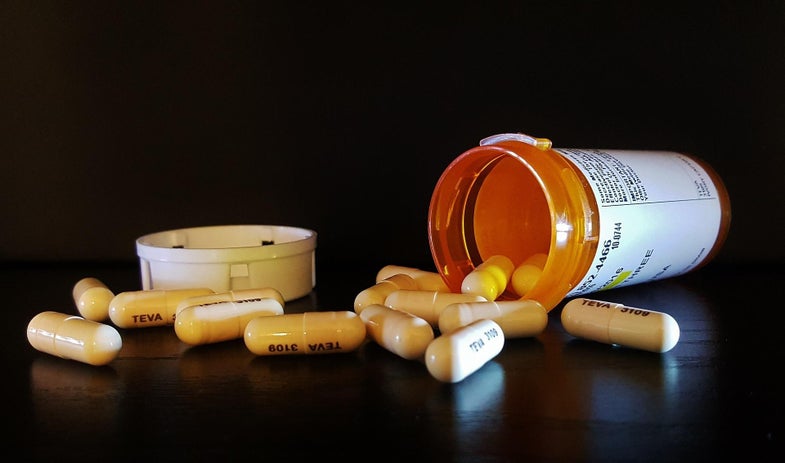 Our increased use of antibiotics is making urinary tract infections and recurrent UTIs harder to treat. Pixabay
SHARE

This post has been updated. It was originally published on August 23, 2017.

Urinary tract infections are insanely common. Alone, they make up almost 25 percent of all infections, and more than half of women will get at least one in their lifetimes. In parallel, they’re also becoming increasingly harder to treat as the bacteria become resistant to antibiotics. Some urinary tract infections (UTIs) now manage to survive multiple rounds of antibiotic treatment, require bacterial cultures, and last much longer than the usual few days. How can you tell if your or a loved one has an antibiotic-resistant UTI, and what can you do about it?

A classic UTI goes something like this: You feel a burning sensation when you pee, so you see a doctor who diagnoses it and prescribes an antibiotic, which kills the bacteria and clears up the infection in a number of days. Throw in a little cranberry juice for good measure, some extra water, and annoying trips to the bathroom about every 20 minutes, and that pretty much sums up your run-in with the unpleasant infection.

But what happens when your symptoms come back—or refuse to ever really go away in the first place? About 25 percent of women with acute UTIs experience another within six months of the first infection. If you’re an otherwise healthy person, this means the bacteria weren’t totally wiped out, and have regrown to once again wreak havoc on your urinary system (and life). Assuming you’ve taken the entire course of antibiotics, that means the strain of bacteria you were originally infected with is resistant to the particular antibiotic you took. If you’re lucky, a doctor can fix this by having your urine tested, so they can select a second round of antibiotics that’s known to work against the offending bacteria. If you’re really unlucky, it may take two or more rounds of this to knock the UTI from your system.

If you have two UTIs in a three month period, or more than three UTIs in a single year, you officially have a recurrent UTI (RUTI). But the reasons for developing a lingering one isn’t the same for everyone. And not all of them are the result of impervious bacteria. For example, people who are chronically dehydrated (as is often the case with seniors, especially the mentally impaired) are at an increased risk because they aren’t flushing out bacteria at a normal rate. Those who have catheters for other medical reasons are also at an increased risk, because the catheter itself can introduce new bacteria to sensitive areas. Postmenopausal women often have lower estrogen levels, which can harm the good bacteria that should remain in the vaginal flora. Finally, those with physical irregularities that lead to voiding dysfunction (or an incomplete release of urine) are also at risk, since this can keep bacteria from getting flushed out during trips to the bathroom.

With this in mind, most preventative measures are fairly intuitive. Things that are more likely to introduce bacteria into the urinary tract are risk factors. This includes sex more than three times a week, having multiple partners, using spermicides and diaphragms, or skin allergens like bubble bath, oils, deodorants, or sprays. Good hygiene is important to prevention (though less proven in medical data). This includes wearing cotton underwear, avoiding tight pants, and always peeing after sex. Evidence is mixed about the value of drinking cranberry juice, but doctors agree there is little risk, so go at it. There’s a ton of sugar in most cranberry juice products, however, so popping cranberry pills or pure cranberry juice is better than drinking juice cocktail.

Do RUTIs have anything to do with superbugs? Each time the bacteria in your system survive a round of antibiotics, it means that bacteria is resistant to that drug. Doctors start out prescribing relatively mild antibiotics on a three or five day regimen, at the first tier of “strength,” for your first UTI visit. But they escalate to the second and third tiers (and for longer regimens) as the infection persists. Last year, a woman in the U.S. was treated for a UTI, and the bacteria in her infection were found to be resistant to colistin—one of the strongest “last resort” antibiotics we have. Luckily the infection was susceptible to other drugs lower on the antibiotic ladder, but it’s certainly forced us to confront a reality where antibiotics may actually run out.

The fact that a colistin-resistant bacteria was found in a UTI case shouldn’t be looked over, many experts say. UTIs are such a common problem that they often aren’t taken seriously. They also disproportionately affect women—whose pain we tend to not take as seriously. But if left untreated, they can escalate until a patient urinates blood and experiences extreme discomfort and fever. If the infection reaches the kidneys, it becomes life-threatening. At least one scientist estimates that 8 million UTI cases occur in the US every year, probably 10 percent of which are antibiotic resistant.

Dr. Jeffery Henderson, Associate Professor at Washington University in St. Louis and part of the school’s Center for Women’s Infectious Disease Research, says that he’s noticed UTIs are becoming harder to treat. And he’s surprised by how quickly the antibiotics used to treat common infections are becoming unreliable. One class of them, he says, called fluoroquinolones, went from being almost completely reliable at the beginning of his medical education, to now working only 30 to 50 percent of the time. “We lost an entire class of antibiotics,” says Henderson.

Cases like UTI antibacterial resistance highlight the necessity of new antibiotic development, Henderson says. He and other researchers around the country are currently trying to understand the underlying mechanisms that sustain bacteria. This knowledge could lead to drug therapies that would target that process and stop bacterial growth.

UTIs and even RUTIs are almost never a life-threatening condition, and are not contagious (unless caused by an otherwise infectious sexually transmitted disease). And you can rest assured that, for now, even the most stubborn RUTIs eventually go away with continued communication and treatment—although like many medical conditions, you may always be at elevated risk. However, this increase in RUTIs serves as a reminder that bacteria are powerful and constantly evolving.

Ask Us Anything
bacteria
evergreen