Way back in the ice ages 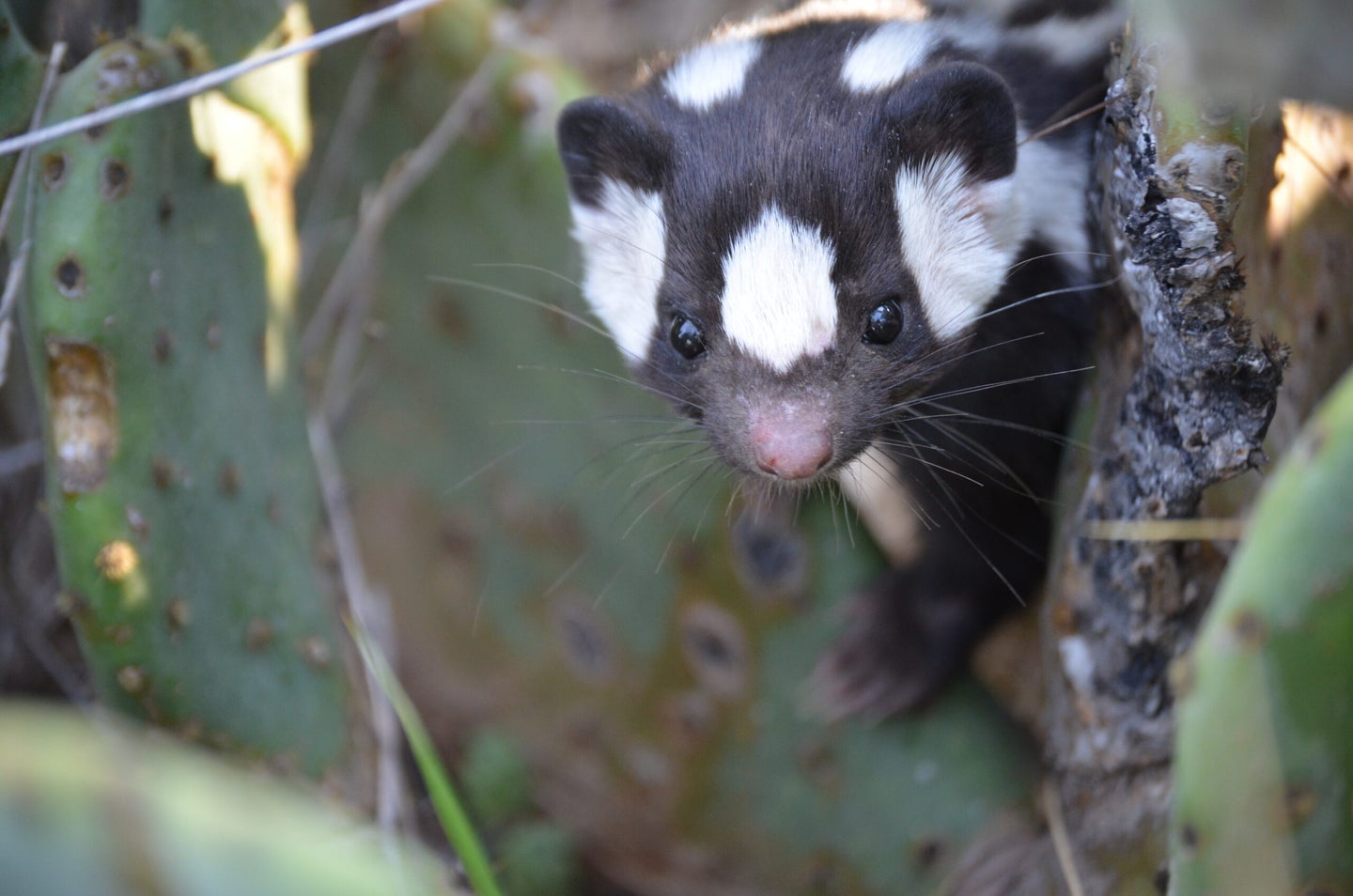 Yes, the western spotted skunk smells. It’s a skunk, after all. But it is also stupidly photogenic. Just look at this little guy’s face:

All together now: Awwww.

This badass skunk will also steal food straight from a cougar—even though the cougar is 100 times heavier than the tiny carnivore. And not only does it spray foul-smelling skunk musk at threats, it also gets up on its forelimbs and does a running handstand towards whatever it wants to intimidate.

Overall, this skunk is awesome. But it also has a fascinating backstory. In a study published Wednesday in Ecology and Evloution, biologists found that genetically, there are three distinct subdivisions of western spotted skunks in North America.

While all western spotted skunks belong to the same species, there are some small genetic variations between these subdivisions, called clades. And while some clades spring up in species separated by barriers like mountain ranges or rivers, the researchers found that the divisions between the skunk clades had much deeper, colder roots.

“Western spotted skunks have been around for a million years, since the Pleistocene Ice Age,” lead author Adam Ferguson, a biologist at The Field Museum, says in a statement. “During the Ice Age, western North America was mostly covered by glaciers, and there were patches of suitable climates for the skunks separated by patches of unsuitable climates. These regions are called climate refugia. When we analyzed the DNA of spotted skunks living today, we found three groups that correspond to three different climate refugia.”

That means that skunks in California and Colorado could be part of the same clade, even though today their territory is broken up by steep mountains, because their ancestors took refuge from glaciers in the same spot. On the other hand, Ferguson says, some clades—like one in Arizona—were isolated from other skunk populations as the glaciers retreated by the formation of rivers like the Rio Grande.

Today, Ferguson says, anthropogenic climate change has the potential to change the skunk’s genetics again. Human-caused changes to the climate or landscape may break down some of the barriers (like open grassland) that kept populations of these skunks apart, meaning the different populations of these clades could start overlapping again in the future.

It took years to gather the 97 specimens for this study. When Ferguson joined the project at Texas Tech in 2007, the lab he was working at had 30 specimens of western spotted skunk. It took another six years to gather the other 67 samples from museum repositories, blood samples taken during other studies, and roadkill.

In part, the drawn out time for sample collection was because these skunks are strictly nocturnal, and prefer shrubs and bushes to open land, making them hard to track down during the day. It also took a while because skunk roadkill is not the most pleasant thing to pick up on a road in Texas. “If you pick up a roadkill skunk you can’t just put it in your sedan, like you could a squirrel,” Ferguson says. “We owe a lot of people huge thanks for doing that for us.”