Galapagos Scientists May Have Witnessed The Birth Of A New Species

Peter and Rosemary Grant, made famous by the book The Beak of the Finch, cap off their careers with an extraordinary find. 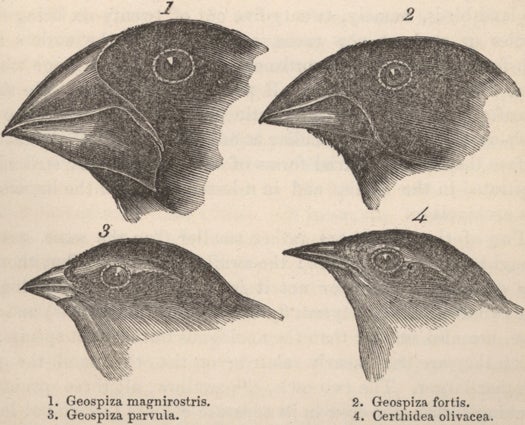 It’s been nearly 20 years since the publication of The Beak of the Finch. Now, author Jonathan Weiner has an update. The husband-and-wife biology duo that the book follows, may have witnessed the birth of a new species, Weiner reports for the New York Times.

“I think it’s fantastic, the most exciting research finding I’ve read in the last decade,” Jonathan Losos, an evolutionary biologist at Harvard University who was not involved in the new research, told Weiner. The finding tops off decades of field observations that have provided crucial empirical evidence supporting the theory of evolution. Before Peter and Rosemary Grant of Princeton University began publishing their work, scientists didn’t think evolution happened quickly enough for one researcher to watch it happen in his or her lifetime.

The update is also just exciting to hear as a Beak of the Finch fan. The 1995 book is one of my favorite popular science books, and I’m not the only one. The book is undoubtedly the funnest (real scientific term) way to learn about evolution, the basic tenet of biology. It weaves together a scientific story alongside a human one, following the extraordinary dedication of the Grants, who have camped, every year, on a tiny, rocky, waterless Galapagos island for more years than I’ve been alive. The book also lays out the scientific evidence for readers to evaluate on their own. It treats readers as intelligent and trustworthy, although it was published at a tough junction for science. In the mid-90s, nearly half of the U.S. didn’t “believe in” evolution. (That number has since fallen to about a third, but beliefs have become more polarized by political party over time.)

The Grants were in their 50s in The Beak of the Finch. They’re 77 now, and they’ve written their own book on their work called 40 Years of Evolution. They’ve started having trouble carrying all their equipment and fresh water to their campsite, like they used to. Sure, this is an “update” on_ The Beak of the Finch_, but it may be an epilogue, too, as the Grants prepare to hang up their work boots.