Biology Ideas That Billionaire Peter Thiel Thinks Are Worth Funding 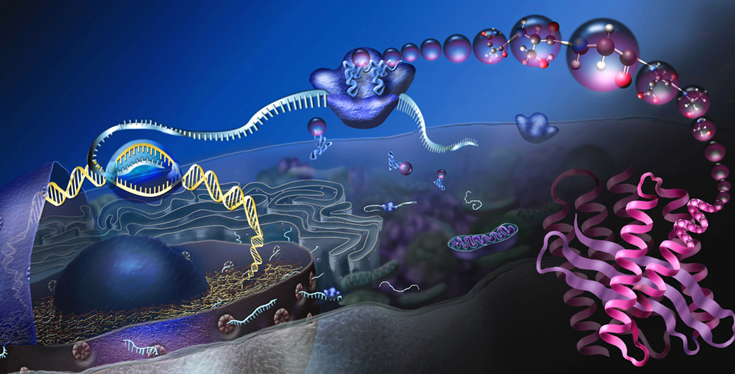 Investor Peter Thiel may be best known for founding PayPal and investing early in Facebook, but it seems he has a soft spot for biology too. Since 2011, the Thiel Foundation has funded biotechnology startups through an organization called Breakout Labs. The organization tends to interpret “biology and technology” loosely—its first protege worked on algorithms designed to understand natural human speech—but the latest round of Breakout Labs funding goes to folks with serious life-sciences ambitions.

Breakout Labs’ latest investments, announced yesterday, include one company dedicated to finding new medicines, another company that seeks to identify mystery proteins, and a third that wants to measure how stressed people are through their skin. Each company has a long way to go before it can prove its ideas work. Breakout Labs is designed for super early-stage products. “They’re often using our funds to help be their first step out of the university lab,” Lindy Fishburne, Breakout Labs’ executive director, tells Popular Science. Still, the companies provide a fascinating glimpse into some possible solutions to important problems in health and medicine today. Let’s meet them:

Here’s how many medicines work, at a molecular level: They seek out faulty proteins in the human body and latch onto them. By attaching to proteins that are behaving badly, drugs may inhibit the proteins from doing anything. Or drugs could stimulate them to work faster, if the proteins are helpful, but sluggish.

E3X Bio, based in Menlo Park, aims to find molecules that inhibit and stimulate proteins called HECT E3 ubiquitin ligases. Scientists know faulty versions of these proteins are involved in a myriad of diseases, including cancers and certain brain diseases. So many labs are trying to find chemicals that will attach to HECT E3 ubiquitin ligases. E3X bio aims to make the process easier by developing an “easy-to-run, easy-to-interpret” test for these elusive chemicals, says Lori Rafield, the company’s CEO.

Meanwhile, the folks at Ion Dx are working on a tabletop device for identifying proteins by their shape and size. If it works, such a device could help doctors ID proteins more quickly and accurately, which could help with diagnosing certain diseases–if, for example, a disease makes people make certain proteins in their blood. The device will use an altered version of ion mobility spectrometry, the technology that works inside the machines the TSA uses to look for explosive chemicals at the airport.

Adding a stress measure to your Fitbit

Neumitra of Boston now makes a “biowatch” that measures movement, body temperature, and the electrical activity of your skin. Together, such measures are supposed to tell you how stressed you’re feeling. It’s basically a Fitbit for stress.

As interesting as that sounds, however, it turned out that not many people were willing to wear yet another device to measure their stress, Neumitra founder Robert Goldberg told Popular Science over email. So Neumitra asked Breakout Labs for funding to create a chip that could put Neumitra’s abilities into other devices—perhaps your actual activity tracker. No word on how they’re going to manage to get the chip in these devices, though.

You can get funding, too!

Breakout Labs is still seeking ideas to invest in, and anyone can apply. The first step to applying is to submit an application online. “Everybody starts on an even playing field in the sense that they’re coming through the website, so it’s not about who you know,” Fishburne says. “We help provide their link into the funding community.”

Correction (2/18/2014, 4:00 p.m. ET): The original story lacked precision in describing the aims of E3X Bio and Ion Dx. We’ve updated the story to reflect that–plus the rather loose definition of what constitutes “biotechnology.”