For Vikings, Murder Was A Family Affair

Large families were used to scare off enemies, and to get even 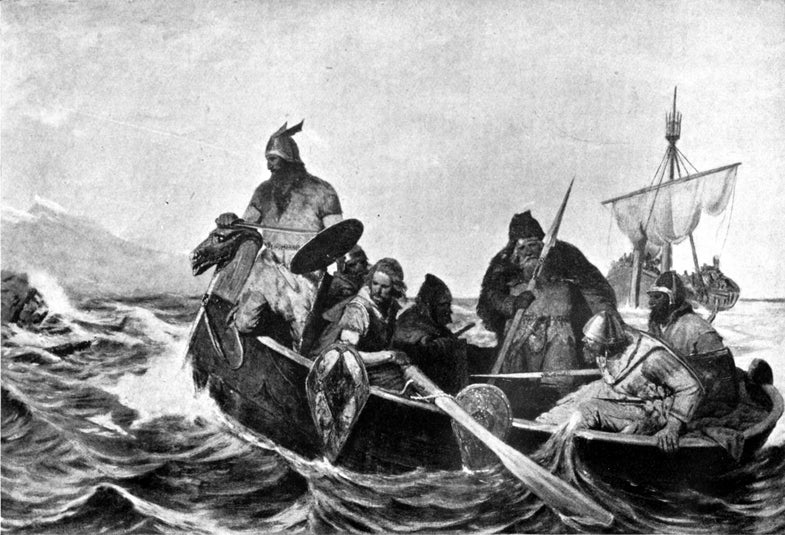 One of the safest things for a Viking to have was a big family. In a recently published paper in Evolution and Human Behavior, researchers have found that killers in Iceland’s Viking society often had larger family networks than their victims.

Three Icelandic family sagas provided the data. These sagas function as family histories, recording important events like births, weddings and deaths, as well as events like feuds with other families. Additionally, they were almost always written within living memory of the events and often cross-referenced one another’s events. This gave the researchers a high degree of certainty in the historical accuracy of the family saga deaths, and the reasons behind them.

The researchers were interested in the Icelandic Vikings because of how remote they were. During the first two centuries, after the initial colonization, the settlers had no unifying government to enforce laws. It was the responsibility of a family to enact justice on a wrongdoer, including a murderer.

If a member of a family was murdered, it was the family’s right to compensation either by demanding the murderer pay the weregild, or “man price,” for killing their relative–or by enacting a revenge murder. Because the family was seen as such an important group, it was the responsibility of every family member to ensure justice was dealt, and similarly, if no weregild were paid, any of the murderer’s relatives were fair game for reciprocation. This sometimes resulted in generations-long feuds that resulted in many murders by both families.

When they looked through the sagas and compared the size of a murderer’s family with the size of a victim’s, the murderer almost always had more kin. This gave them a certain degree of protection from revenge murders, as the smaller family would be more likely to claim weregild rather than risk a long feud.

A few enterprising individuals even counted on such an aversion to reciprocate. Egil Skallagrimsson, the main figure in one of the sagas the researchers looked at, seems to have deliberately targeted individuals with no close family connections in order to claim their land. Across all three sagas, six individuals were responsible for almost a third of the 153 recorded murders, suggesting that Egil wasn’t alone in his willingness to use a large family as an implicit threat of retaliation.

Despite almost a fifth of all adult males named in the sagas dying at the hands of other members of their community, the researchers remarkably found almost no instances of family members killing one another. So while they may have hated spending time with their family, at least people could count on not being murdered by them.