Roses Have Hidden Genes That Could Make Them Smell Even Sweeter

A rose by any other genes... 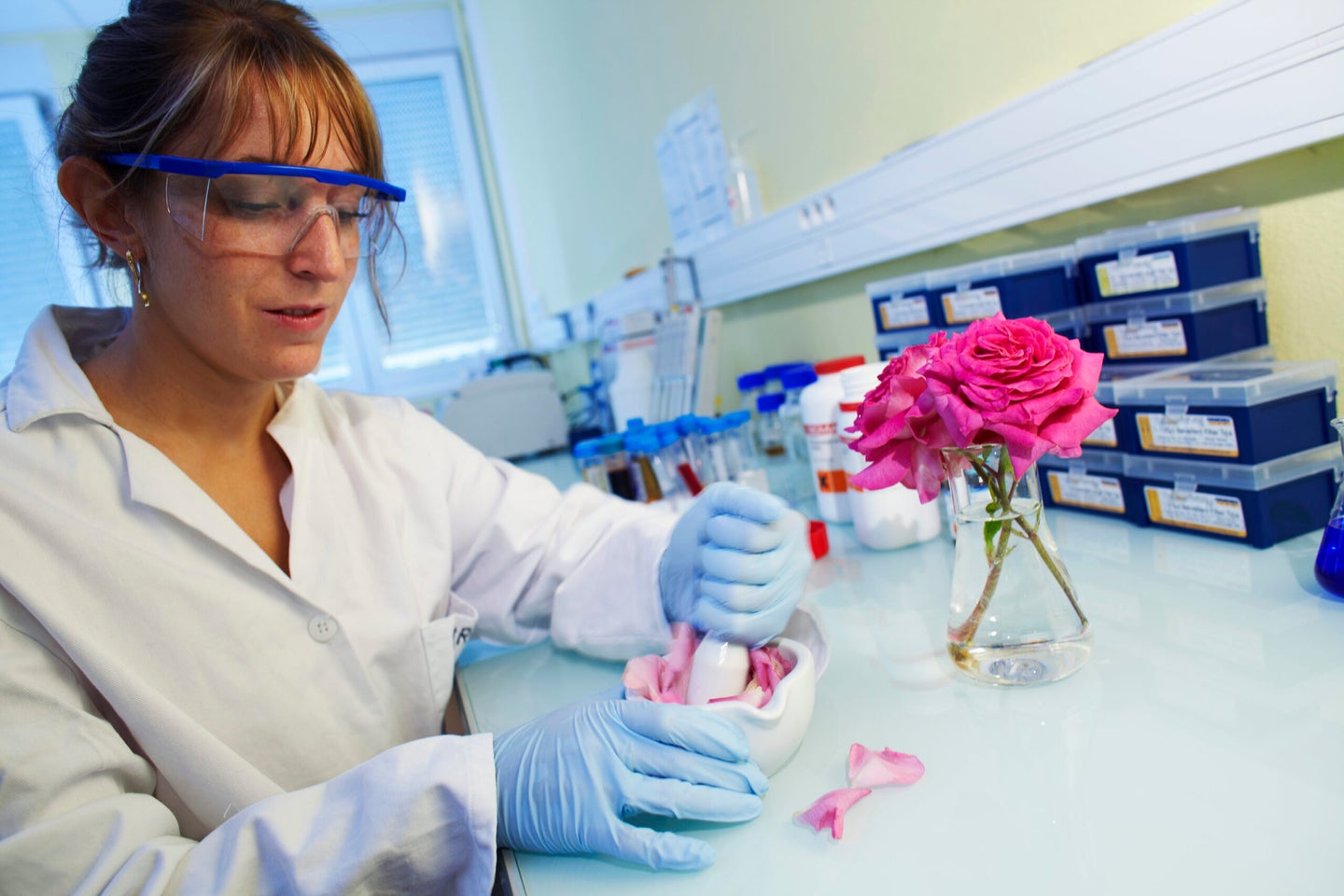 Roses are an ornamental plant, bred over hundreds of generations to have their distinctive shape and color. But what they gained in visual appeal they lost in their olfactory potency—that is, roses used to smell even sweeter than they do now. By manipulating some of the genes that control the rose’s fragrance, a team of French researchers has discovered new enzymes that could make roses smell more potent, according to a study published today in Science.

Plant scents are a complex balancing act between chemicals—for the scent of roses, researchers have identified more than 400 chemicals, and more than 1,700 in all plants. Alcohols are among the most common scent-generators, and researchers have targeted one kind of alcohol in particular, called monoterpenes, which are key to the flowers’ fragrance.

In this study, the researchers compared the genes a fragrant rose to a less fragrant one and found that the enzymes that created the monoterpenes were different than the ones that had been identified in the past, which led them to identify a new gene as the key to roses’ delectable scent.

Now that they have identified this new gene, researchers can manipulate roses’ DNA to produce more of that enzyme. That could make the roses of the future smell even better than the ones we have today.