There’s never been a better time to upgrade to a mesh network. 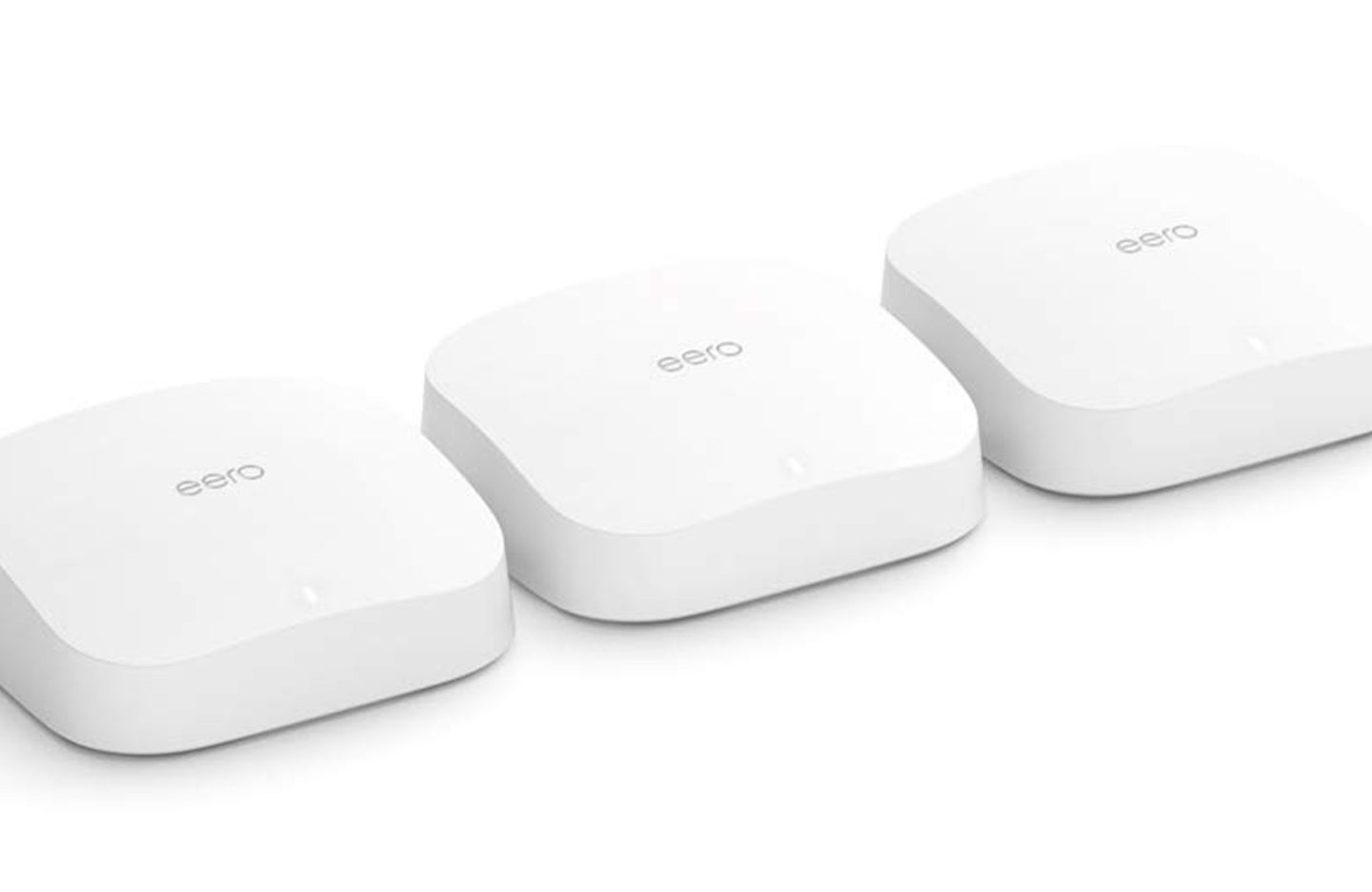 Amazon's Eero Prime Day deals will cover your home in Wifi on the cheap. Amazon
SHARE

Mesh routers create a network of multiple access points to generate strong signals that reach across large homes and around connection-killing walls and obstacles. Mesh router systems deliver strong, stable WiFi to any kind of home, so they’re a smart upgrade. But they can get pretty expensive. Since Amazon owns Eero, one of the best mesh router makers, Prime Day 2022 offers a really great opportunity to take the leap and upgrade to a mesh network for less than you’d normally pay. Let’s take a look at some of these substantial bargains.

The best Eero deal on Prime Day 2022 cuts the 3-router Eero Pro WiFi system in half, from $449 to $224. The Pro is actually the mid-tier Eero system, giving you a trio of tri-band WiFi 5 (802.11AC) access points that can collectively cover up to 6,000 square feet. Amazon recommends this system for people with internet service plans that top out around 550Mbps. This is a tremendous deal for anyone who doesn’t have gigabit internet.

If you have gigabit internet and want to future-proof your system, the Eero Pro 6E is the most powerful model in the ecosystem It’s also the most expensive. As a WiFi 6E router, the Eero Pro 6E features a 6GHz frequency band; a faster short-range WiFi channel has only been available to manufacturers since 2020. Not many devices can connect over 6GHz yet, but they may be coming soon. Buying in now ensures you can take advantage of those devices when they arrive.

That said, the Eero Pro 6E is also the most powerful version of the Eero mesh system. This package comes with three Tri-band Eero Pro 6E routers, which can transmit up to 2.3Gbps over 6,000 square feet. That’s a lot of bandwidth and a large range, so this may be overkill for some people. It is more than enough of a technical leap to warrant an upgrade, though, if you want the very best.

While the discount isn’t quite as substantial, we should also give a shout-out to the standard Eero mesh three-pack, which is a solid option for those who want a mesh system to deal with thick walls and dead zones, but don’t have a top-tier WiFi plan. Once again, we’re recommending the three router set, but this version comes with dual-band, WiFi-5 (802.11AC) access points. It’s designed for wireless plans that top out at 350Mbps or less and covers 5,000 square feet. Again, not a huge deal, but it’s a great fit if you don’t have 500Mbps+ WiFi plan and want to keep your spend below $200.