Shower squeegees: The bathroom accessory you didn’t know you needed

Squee! It’s a wiper blade that rids your shower of mildew, soap scum, and water stains. 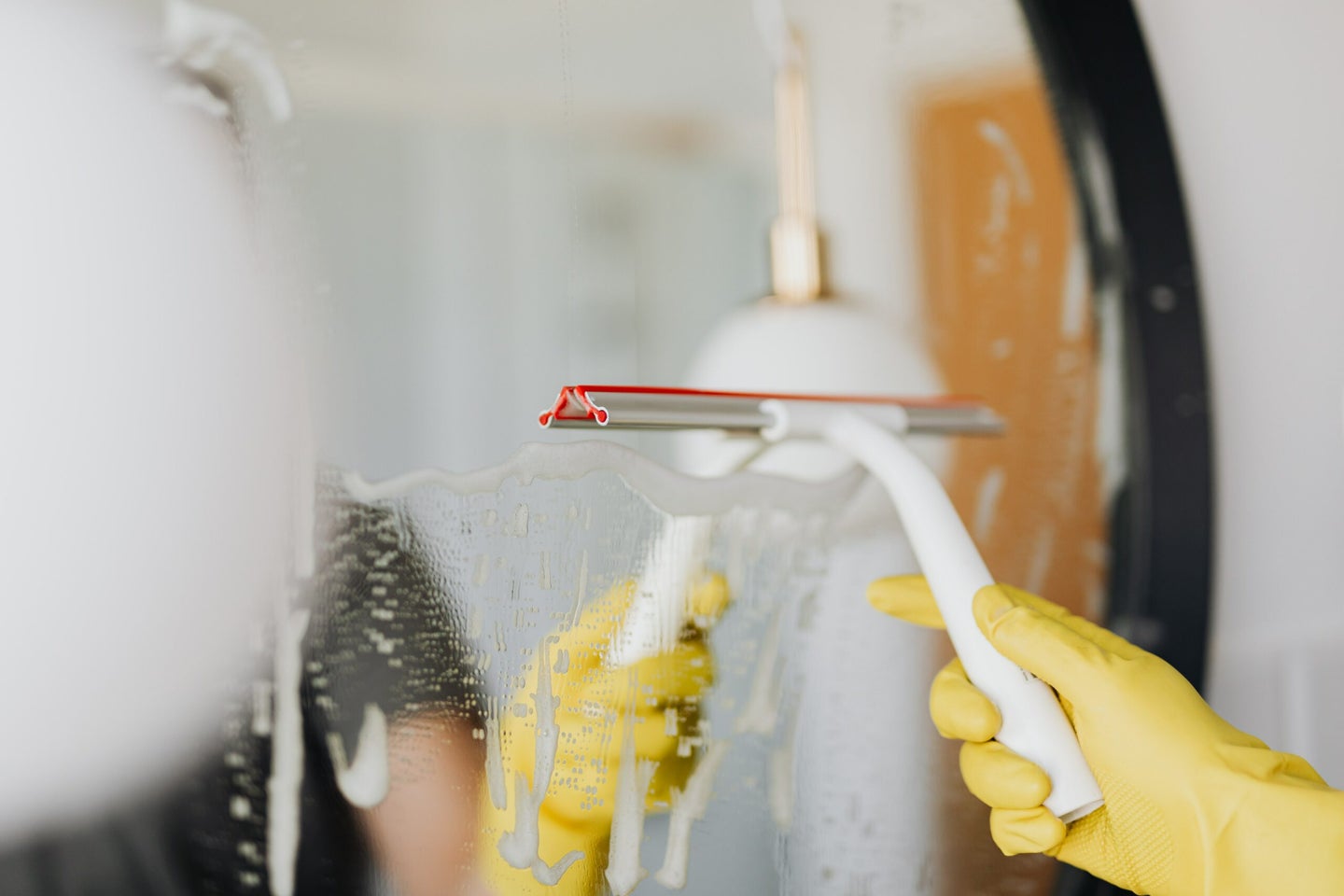 Do you get excited to wash your windshield every time you stop for gas? Good news: That same fun awaits in the shower! Using an affordable shower squeegee now can save you from ugly, hard-to-remove grime later. Most models affix easily and unobtrusively to the shower wall via a suction-cup holder, so you won’t even notice it’s there. Think of it as one more quick item on your list of shower chores: shampoo, conditioner, soap, shave, squeegee!

You don’t have to limit your squeegee to the shower. Use it on the bathroom mirror or even your car (no more waiting for the next exciting trip to the gas station!). Most models come in various sizes (10 inches, 12 inches, 14 inches), so consider all the ways in which you plan to use it before you buy.

To up the ante of your squeegeeing game, consider using a daily shower spritzer first. If you pair a non-toxic, soap-scum-fighting spray with the squeegee, that’s twice the resistance against mildew, mold, and other yucky shower buildup.

For an additional level of security, after squeegeeing, use a dry towel to wipe down all the surfaces. Then, to clean the squeegee itself, just run it under cold water after every use and place it back in its holder to air-dry.