What the heck is WiFi 6E?

Hint: It will allow your devices to be able to communicate with one another faster. 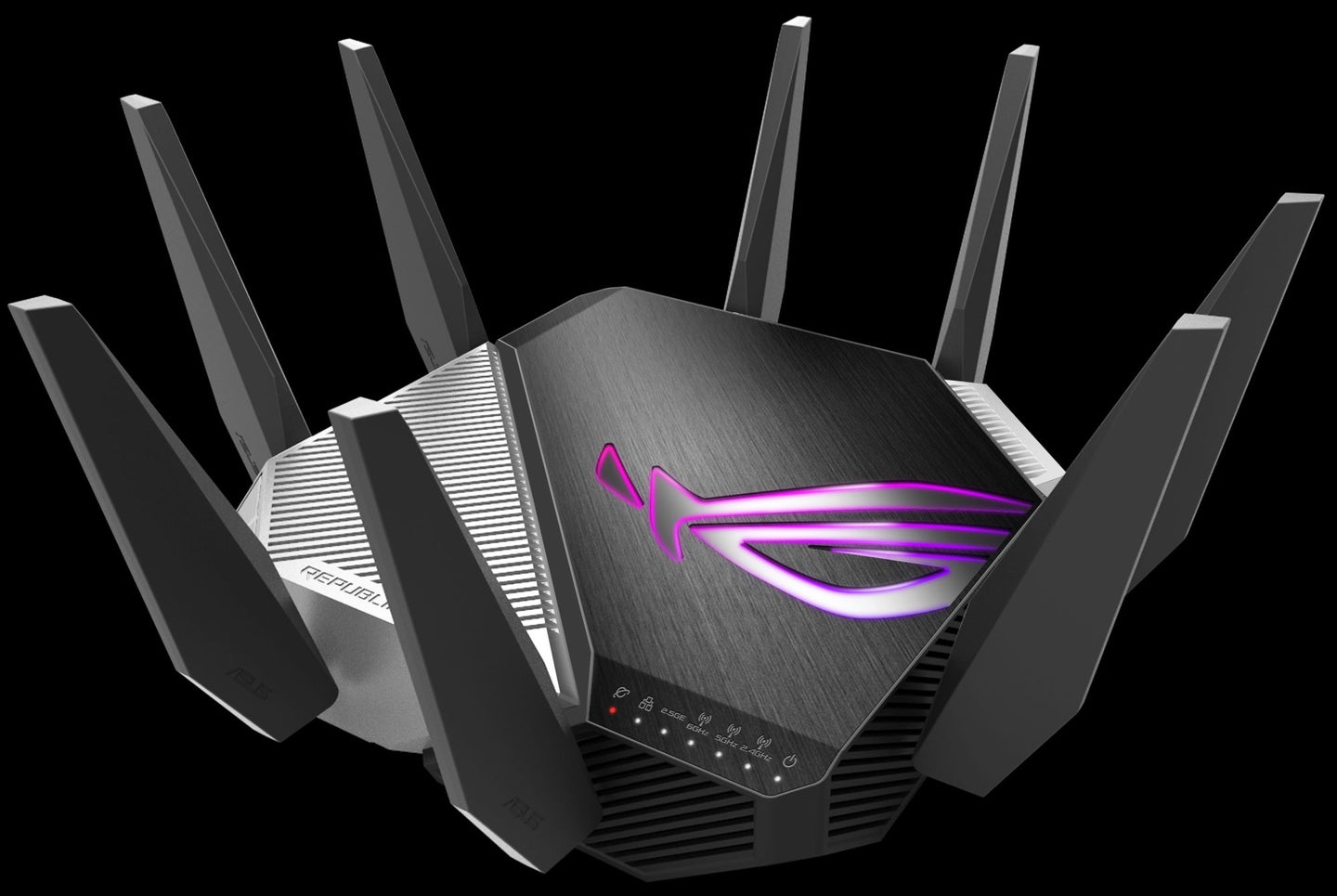 The Asus ROG Rapture GT0AXE110000 is one of the first consumer routers to support Wi-Fi 6E. Asus
SHARE

Back in 2019, WiFi 6 debuted, promising faster, more reliable connections, especially when it comes to multiple devices sucking up lots of bandwidth on the same network. In April of this year, however, the Federal Communications Commission voted unanimously to open up a 1,200 MHz swath of the wireless spectrum for unlicensed usage. As a result, we’ll soon start seeing devices and networks pop up sporting the WiFi 6E name. What does that mean for the average internet user? Eventually, it could mean better overall connectivity.

While 6E is an upgrade over the recently released WiFi 6, it’s not a replacement. “Don’t look at it as the next generation,” says Kevin Robinson, senior vice president of marketing for the Wi-Fi Alliance. The new 6E encompasses the same basic technology as WiFi 6, but it gets a lot more space in which it can move data, which leads to less interference and fewer traffic jams.

To use a tired-but-useful metaphor, the new classification offers more pipes, but each one is also fatter to pump more data through it. “In the 2.4 Ghz band, you’d typically use 20 MHz channels—which are relatively small—and there were really only three non-overlapping channels that you had to share with your neighbors and people in your condos,” Robinson explains. “Contrast that to 6 Ghz, where you have seven non-overlapping 160 megahertz channels and you have channels that are eight times larger and you have more than double the number.” The 5 GHz channel also handles essential functions for utilities like weather satellites, which requires safeguards to prevent interference. In some regions, that causes even more restrictions on the bands available for our devices.

WiFi 6 already promised better support for multiple devices on the same network and 6E should push that boundary even more. Because of the short wavelengths, 6 GHz should excel in allowing devices to communicate with one another at high speeds over short distances. So, two devices in the same room should feel a real speed bump from the move to 6E.

This also applies to event spaces like stadiums and industrial settings like factories heavy with automated machines and processes. In a home setting, it will be useful for tasks like truly wireless AR and VR, which require lots of data delivered in a hurry.

Of course, accessing this new part of the spectrum does require compatible hardware and, because the 6 GHz space wasn’t available when WiFi 6 originally showed up in 2019, it wasn’t part of the overall plan. So, while WiFi 6E routers are starting to roll out—including the massive Asus ROG Rapture GT0AXE110000 pictured above—this year, it’s unlikely your phone or computer could take advantage of the extra speed.

Going into 2021, however, expect to see it popping up a lot more as Wi-Fi Alliance will start certifying devices to work with WiFi 6E. Qualcomm’s powerful Snapdragon 865 Plus system on a chip—which powers some high-end Android phones—supports it natively. Qualcomm’s newest chip, the Snapdragon 888, also supports WiFi 6E and will likely show up in many of the flagship Android devices next year.

Adoption will also vary depending on what part of the world you live in. “It’s going to be a little bit market by market at first,” says Robinson. Some countries like Brazil and Korea give access to the 6 GHz band, but other countries have been slower to open it up. So, devices with large U.S. customer bases are likely to adopt it before others.

If the 6 GHz “very fast over short distances” motto sounds familiar, it’s likely because you’ve also heard it in regards to 5G, specifically the millimeter wave tech currently in use by Verizon. Its short wavelength also inhibits its ability to travel distances or go through walls, which is part of why the Wi-Fi alliance sees such a strong future for 5G and WiFi to complement each other down the road. Right now, WiFi moves roughly half of all internet traffic and that likely won’t change profoundly any time soon.

If you’re thinking about buying a new router, you’re likely still fine to buy into something with WiFi 6 instead of waiting for 6E to roll around. While 6E will likely gain a lot of support in 2021, it will still be relatively new to the scene and it can’t hurt to give the networks and devices some time to learn how to play nicely together. Eventually, however, 6E will likely take over and it’ll be even simpler for everyone in your house to stream 4K content at exactly the same time.