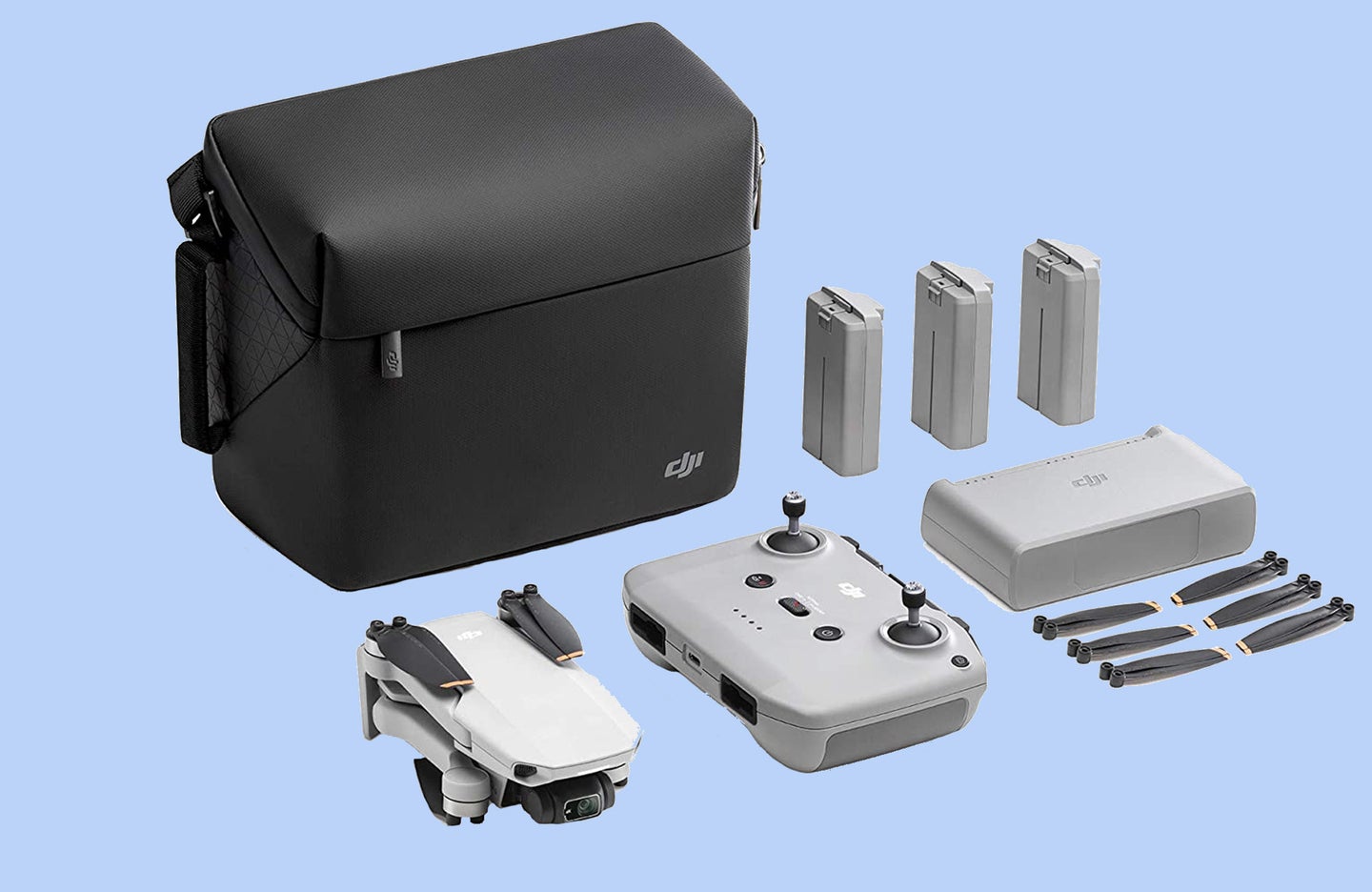 The Fly More kit comes with extra batteries, a remote, and a carrying case. You also get extra propellers. DJI
SHARE

Smartphones have changed the way most people capture photos and videos. They can do just about everything a traditional camera can, from capturing crisp portraits to epic landscapes. Smartphones cannot, however, fly. So, until Samsung introduces a new Galaxy phone with a tiny jet pack on the back, drones represent the best way to capture images from the air. Here on Prime Day 2022, there are several drone deals worth checking out, including a very solid package deal on one of DJI’s most accessible crafts.

250 grams represents a magical number when it comes to flying drones, at least hear in the United States. Any flying machine weighing 250 grams or more needs to be registered with the FAA before it can take to the skies. Conveniently, the DJI Mini 2 checks in at just 249 grams, which means you can go right from the Amazon box to the air.

Despite its extremely petit size and weight, the Mini 2 is a real drone. It gets up to 31 minutes of flight time on a single battery and this kit comes with three cells. The craft can transmit 720p video back to a mobile device from up to 6.6 miles in real-time. Its camera captures 4K footage at 30 fps, but you can crank up the framerate if you don’t mind dropping the resolution.

The package also includes a battery charger, a full-featured remote, extra props (which you’re going to need if you’re just learning to fly), and a carrying case to keep all of it together. This is a fantastic package for someone just looking to get into drone flying or even a great backup drone for an experienced flyer. It’s small enough that you can safely fly it indoors once you get used to the controls. Just please be considerate of your pets.

While DJI’s Mini 2 deal is by far the best drone deal we’ve seen, it’s not the only game in town. Here are some more deals that will appeal to aspiring aerialists: