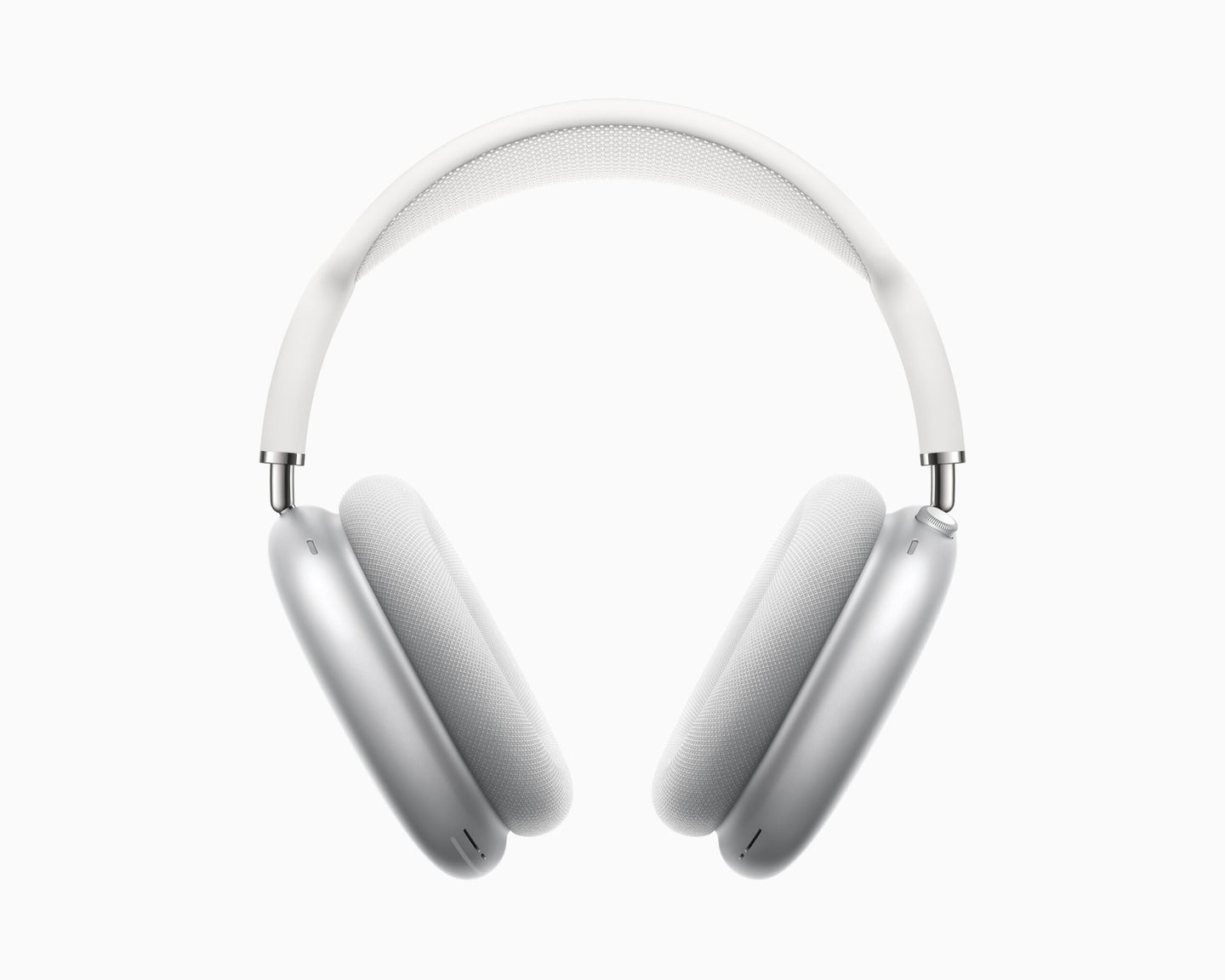 This story was originally published on Dec. 8th, 2020.

The little white stick protruding from Apple’s AirPods has become an instantly recognizable cultural object since the company first announced the wireless Bluetooth headphones way back in 2016. When the AirPods Pro showed up in 2019, they upped the performance—and the price—but kept a similar basic, and easily identifiable, form factor Today, however, Apple threw a change-up and announced the $549 over-the-ear AirPods Max designed to compete with other luxury headphones from companies like Bose and Sony.

The new AirPods Max include Apple’s H1 chip inside, so setting them up and using them should be very similar to the process with typical AirPods. Bring your iPhone near the AirPods Max and tapping a simple pop up will pair the devices. The AirPods Max will also have the same connectivity features, like automatic switching between Apple devices, audio sharing, and always-on voice commands for Siri.

From a sound perspective, these Apple wireless headphones also include Apple’s Adaptive EQ, which analyzes the ear cushion fit and automatically modifies the mids and lows for optimal performance. Active Noise Cancellation provides similarly automated performance, rather than relying on selectable power levels like some competitors offer in this category.

The new AirPods also include a spatial audio feature, which was earlier introduced this year in the AirPod Pros. . The tech takes surround sound signals (5.1, 7.1, or Dolby Atmos) and uses audio filters to simulate immersive audio by tweaking the noise each of your ears can hear. A built-in gyroscope tracks your head movement to make it seem as if you’re moving in relation to the sources of noise. It’s an impressive effect, especially the first time you experience it. The Apple over ear headphones did a surprisingly good job handling this task, and with much more speaker real estate, Apple AirPods Max could be a big step up.

Apple built its own 40mm dynamic driver with a new neodymium ring magnet and promises punchy bass while avoiding distortion across the entire audible range, adding yet another circular magnet product to its 2020 lineup after the announcement of MagSafe in the iPhone 12 lineup.

At this price point, you’d expect high-end fit-and-finish. Apple equipped the headband with a breathable mesh that forms to the top of your dome rather than digging into your skull over long listening sessions. Comfort was actually one of the main detractors I found with the otherwise excellent Beats Solo Pro headphones. Memory foam surrounded in mesh fabric form the cups that surround your ears, while the cups themselves attach to the band via a “revolutionary mechanism” that Apple claims allow it to accommodate even those of us like me with big, weird-shaped heads.

Rather than enabling touch controls on the outside of the cups, a Digital Crown—much like the one found on the Apple Watch—handles those functions. I haven’t had a chance to try it yet, but this could be a great solution to sometimes finicky and unreliable touch controls.

The battery offers 20 hours of playback on a single charge, which isn’t out of the ordinary for over-the-ear headphones like this, but they do use a built-in Lightning port instead of the more convenient USB-C. When they’re not in use, you store them in a smart case that enables battery preservation mode.

At $549, the Airpods Max price demands a serious premium over other soundproof headphones in the space. Both Bose and Sony (among others) offer very solid over-the-ear options with strong noise canceling in the $300 range. If you don’t mind a slightly older model, you can get the excellent Sony WH-1000XM4 for just under $300.

It’s unclear what this means for the Beats headphone line, since this seems like a product that would fit there. The AirPods Max feel like a spiritual successor to the $349 Beats Studio3, which used the previous W1 chip and offered advanced noise canceling.