How to choose the right smartwatch for you

Your wrist deserves the best. 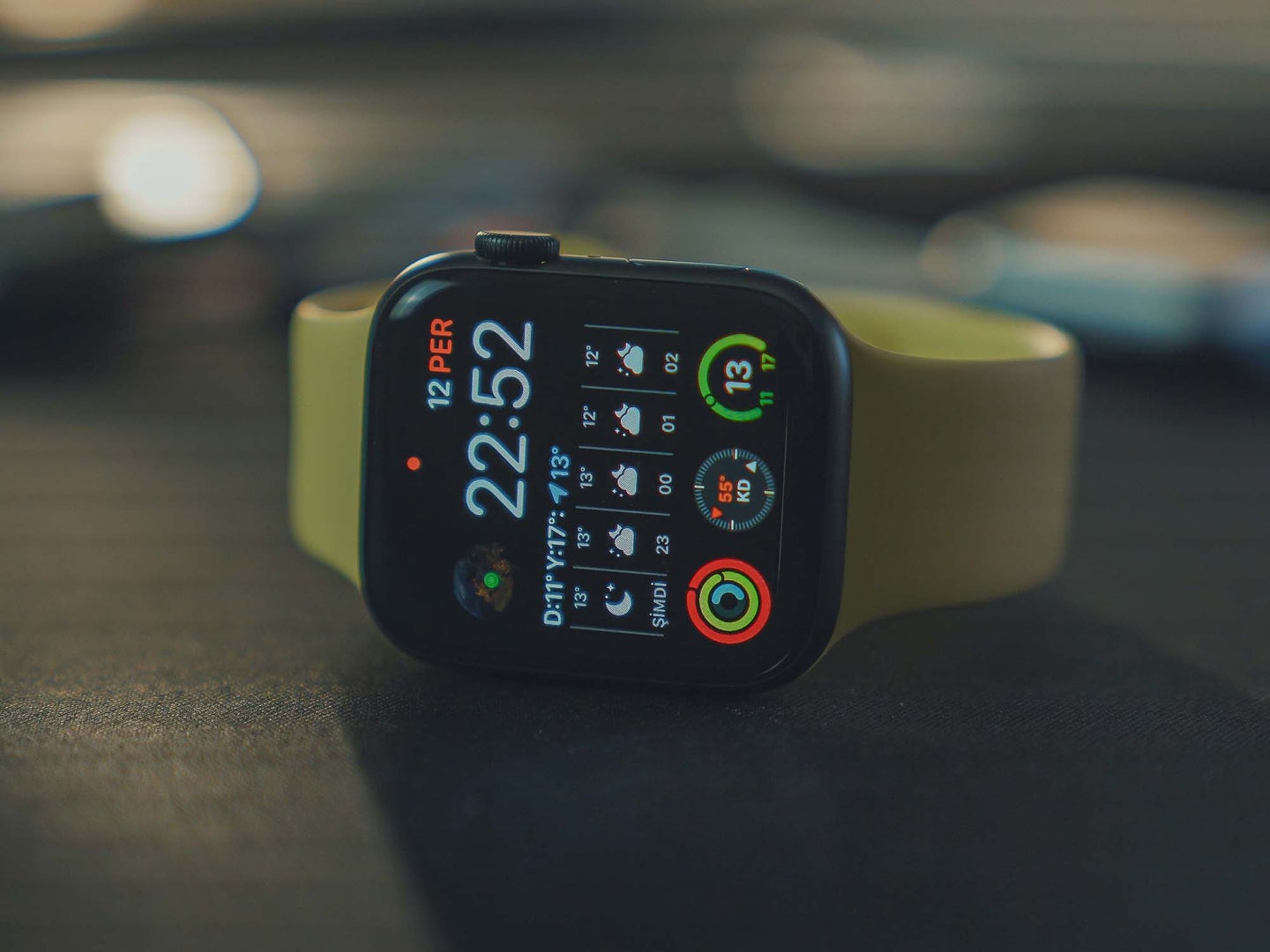 This story has been updated. It was originally published on December 30, 2019.

Choosing a smartwatch is like selecting a smartphone, in that there are countless models to choose from. But that’s where the similarities end. While whatever handset you pick will be able to perform the same standard tasks—such as making calls, sending texts, and running apps—smartwatches offer a variety of functions and features, which makes finding the right one even harder. We’re here to dispel some of that confusion so you know how to choose the right smartwatch for your specific needs. From the different makes on the market to the blurring lines between fitness trackers and smartwatches, we’ll outline the features you should be paying attention to before moving on to our picks for the best smartwatches and fitness wearables out there.

Let us help you choose the right smartwatch

For a smartwatch to be considered a smartwatch, it must be able to tell time—that much is a given. However, that’s just about the only constant in a field where the choices of features and functions range far and wide.

Top-tier smartwatches from Apple, Samsung, and Fitbit are essentially miniature phones that wrap around your wrist. They run pint-size apps, let you control your smartphone remotely, and are capable of phone-like tasks such as tracking your run around a park, storing music, and even making phone calls through a tiny SIM.

On the next level down, you’ll find devices that are basically fitness trackers with a display. They focus on logging steps and other activities while treating smartwatch features as a bonus. These devices can tell time and sometimes show simple notifications from your phone. But interactions are limited, which means you’ll need to pull out your cell for most tasks. While they may not be as capable, they often cost much less.

Another category that’s emerged is a traditional, mechanical watch with a few added smarts. These devices typically include features such as basic step counting and maybe a simple notification system, too. You’ll get the style and price of a normal watch, with the bonus of a little bit of fitness tracking.

Whichever category you lean toward, check for a few key specs. The most important one is whether the watch works with your phone (iOS or Android), followed closely by how long the battery lasts (mechanical watches are still ages ahead here). Also, check that the watch has the features you want. For example, runners and sports enthusiasts might want to look for standalone GPS, which will let your wrist-based device track your location even when it’s not connected to your phone. Swimmers, on the other hand, should keep their eyes out for waterproof smartwatches.

Of course, form and comfort should also factor into your decision. If you’re going to be wearing the watch a lot of the time, you’ll want to make sure it’s comfortable. If possible, visit a retail store and try a few smartwatches on for size, or check a selection of online reviews. You’ll get an idea of the look of a device through pictures, and user reviews should help you find details about its feel and weight on the wrist.

Now that you know how to choose the right smartwatch, here are some of our top picks:

Arguments continue, but the general consensus seems to be that the Apple Watch is the most advanced smartwatch you can buy right now. It interfaces seamlessly with the iPhone, offers a host of mini apps, and excels at health and fitness tracking.

You can use an Apple Watch to look up future calendar events, listen to music, regulate your breathing, send messages, and even chat with Siri. It’ll also track your activities, push you toward your fitness goals, and even take an ECG anytime you want. Going further, it can act as a remote shutter for the camera on your connected iPhone, and you can even make and receive calls through it—either via your iPhone over Wi-Fi, or directly, if you opt for a more expensive LTE model.

The newest Apple Series 6 models start at $399 and come with built-in GPS, electrocardiogram (ECG) app, Blood Oxygen app, a heart rate monitor, and water resistance down to depths of 50 meters (164 feet). The new models come with an always-on display too, so you won’t have to raise your wrist to see the time. The major downside is that these watches only work with iPhones—so if you’ve got an Android device or think you might want one in the future, the Apple Watch won’t cut it.

Wear OS (previously Android Wear) smartwatches are essentially Google’s alternative to the Apple Watch. Made by a number of manufacturing partners, like Fossil and TicWatch, they do most of what an Apple Watch does. However, they’re more flexible—not only will they work with Android phones, but they’ll also connect to an iPhone. This comes at a price though, and you won’t get the same level of interactivity if linked to an Apple device. For example, you won’t be able to reply to texts from your wrist with an iPhone like you can with an Android phone.

All the big smartwatch features are here, including viewing notifications and sending messages from your wrist, tracking your activities and fitness goals through Google Fit, listening to music, logging your location (for GPS-enabled devices), talking to Google Assistant, and more. Some models also include support for 4G LTE via a small SIM slot, which means you’ll be able to make and receive calls without a connected phone.

As with Android phones, you’ve got a broad choice of smartwatches to pick from. Prices typically fall somewhere below the Apple Watch level—the Fossil Gen 5E LTE, one of the most expensive Wear OS flagships, retails for $349 at Fossil’s website. Just double-check the specs for features like a heart rate monitor and on-board GPS, as some Wear OS watches include these and some don’t.

Once in the Wear OS camp, Samsung has struck out on its own with its homemade Tizen operating system for smartwatches and various other devices. The company makes some of the best wearables in the business, with the advantage that they work just as well paired with either an Android or an iOS phone.

The Tizen smartwatch interface isn’t quite as polished as those offered by Apple Watch or Wear OS, but in terms of features and functions, it’s just about on a par. You can track activities and health stats, view calendars, get notifications, cache songs to play on your morning jog, and even make calls with the SIM-enabled models. You will, however, miss out on a few native functions, like the Apple Watch’s ability to reply to text messages from your wrist.

The latest offering from Samsung is the Galaxy Watch 3, which is available in two colors, and since it’s made of titanium, it promises military-grade durability. There’s a strong focus on health and fitness, too, and just as with the Apple Watch, you’ll be able to take ECGs and track your sleep and blood oxygen levels with the Galaxy Watch 3.

Google purchased Fitbit in 2019, and since then the world has had an eye on the company to see how the acquisition affected the future of their smartwatches. We still haven’t seen the long-rumored Pixel Watch from Google with Wear OS on board, but Fitbit has kept on doing what they do best: launching compact, health-stat-oriented devices for people who don’t necessarily want a mini-phone attached to their wrists.

Right now, Fitbit’s flagship smartwatch is the Fitbit Versa 3, which you can pick up for $200 from Amazon. It’s great at tracking health and fitness activities, and unlike its predecessor, the Versa 3 now comes with built-in GPS to track your movements regardless of whether you’re carrying your phone with you or not. All of Fitbit’s watches and fitness trackers work with both Android phones and iPhones, so it’s a good option for those who may switch between mobile platforms.

Fitbit has been in the wearables game for a long time, of course, and its mobile apps are some of the best for keeping tabs on steps, calories, and sleep. At the same time, they’re getting better at other functions, too, like smartphone notifications and smart assistants access.

If you take your running and hiking more seriously than most, a separate category of smartwatch exists just for you. No one has officially labeled it, but many refer to these devices as outdoor sports watches. They’re bigger and more rugged than other designs and tend to focus on navigation and activity tracking rather than mini-apps or digital assistants. Take a look at some of the watches offered by Garmin or Casio to get an idea of what we mean.

These watches don’t offer proper app platforms, like the Apple Watch or Wear OS do, but will show most notifications from your phone (like calls and calendar entries), and they have a host of other features to make up for what they lack. For example, the top-end Garmin Fenix 6x pro can measure your heart rate, track your steps, direct you home (or anywhere else) without a connected phone, and give you advanced performance metrics beyond the reach of most smartwatches.

You’ll have to pay a premium for wearables in this category (the Fenix 6 starts at $449, though cheaper Garmin watches are available) because they offer the most detailed fitness tracking and most advanced integrated navigation to outdoor sports enthusiasts.

Related: Garmin Venu 2 review: An impressive fitness tracker that thrives outside the gym

As if you didn’t already have enough options, we finally come to traditional mechanical watches with some extra smarts inside, often known as hybrid watches. If you’re already used to a low-tech watch but like the idea of a little extra functionality, give one of these models a try.

Lots of traditional watchmakers are putting out devices in this category now. We like the $179 Withings Steel HR Sport or the $195 Fossil Hybrid HR. Both of these models can track your steps, monitor your heart rate, alert you to some phone notifications, and even get your phone to ring if you’ve misplaced it.

As you can see from the prices above, traditional-style watches tend to be cheaper than dedicated smartwatches. Another advantage is that, because they use standard watch batteries, they don’t need to be recharged. For those with a foot in both the old and new watch camps, they’re an ideal option, and they’ll happily work with both Android and iOS too.