And delivers greenhouse gases directly to the sky 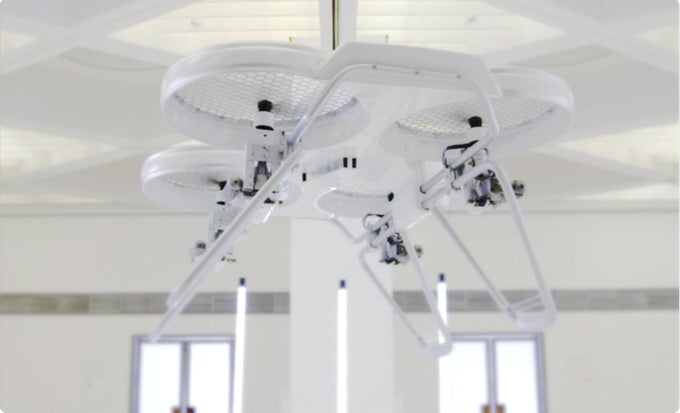 Batteries are a constraint. Most quadcopters are designed around that limit, with electrical engines and flight times maxing out around 20 minutes. The Yeair quadcopter (they spell it yeair!, with an exclamation point) wants to get around this limit by turning to an older, alternative power source: sweet, sweet gasoline, fed into an internal combustion engine.

Holger Willeke, inventor of the Yeair, isn’t the first to propose a drone that doesn’t depend on batteries. The Hycopter, still in the planning phase, would run on hydrogen, leaving water as its exhaust and offering up to four hours of flight time. The Yeair offers a more modest result: an hour in the air, with a payload of up to six and a half pounds. Yeair promises a top speed of 62 mph and a maximum range of 34 miles. It has a two-stroke engine and its fuel tank holds 50 ounces of a 25:1 gasoline-oil mixture.

For shorter flights, Yeair can carry an 11-pound payload. That’s about 11 times what the DJI Inspire, a mid-range electric quadcopter, can carry. For its early bird price, Yeair runs at about $1500, give or take the euro exchange rate. The Kickstarter campaign for Yeair has exceeded its $76,000 crowdfunding campaign goal, and there are still 52 days left to go. If it works as promised, the Yeair will be a longer-lasting, faster, more powerful drone than electric models currently available. As the voiceover says in its campaign video: “Charging of batteries is cool? Really?”