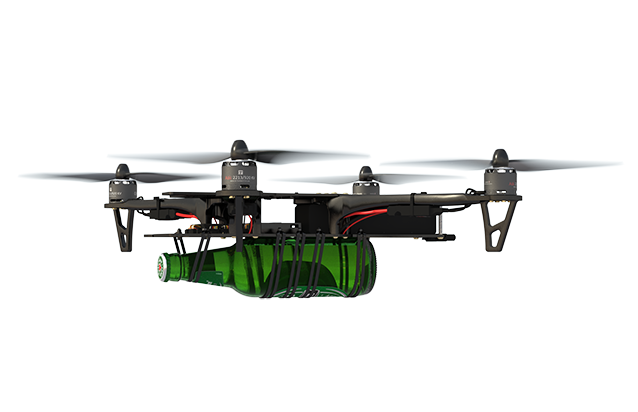 In this commercial-style video for Flytrex, the drone carries a shirt, a bottle of pills, a sandwich, and a corkscrew to people in need, all of whom summon the robot via a smartphone app:

In theory, the drone will be connected through 3G at all times, and both sender and receiver can guide it in flight through the app on their phones. When upgraded with an optional second battery, Flytrex promises flight time of up to 35 minutes, and the drone can also be outfitted with forward-facing video cameras.

The basic Flytrex Sky runs at $749 for an early bird price, and comes with two apps: one for messaging people that they’ve got a drone coming, another for piloting the drone. There’s also a picture of the drone with a Heineken slung underneath, for those who explicitly want a beer delivery drone. There are eight hooks, with four on each side of the drone, to which users attach special bands to hold things like beers, sodas, sandwiches, or shirts. That makes it a good body for delivery, if all else works as planned.