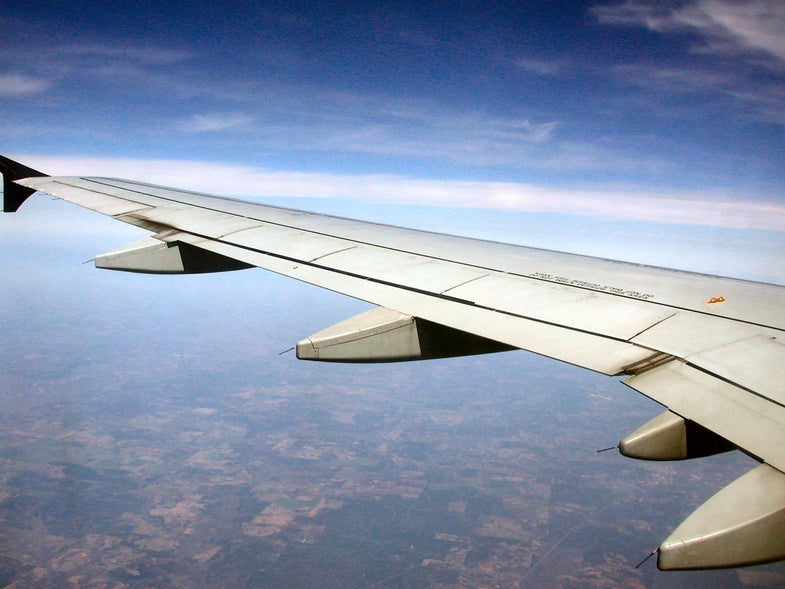 Tiny scratches on a wind turbine or an airplane wing can go unnoticed, but they can cause serious problems if they are left untreated. Now, a group of researchers in the United Kingdom have invented a substance that can be incorporated into airplane wings that allows them to heal themselves, scabbing over small breaks like blood in a wound.

It works like this. Tiny spheres of liquid are embedded in the airplane wing. If the wing gets damaged, the spheres in that location break, and the liquid inside (a carbon-based substance) spills out to fill the ‘wound’. Then, other chemical catalysts in the wing harden the liquid, filling in whatever crack or damage occurred. A similar kind of capsule technology is being developed to repair cracks in concrete.

“Basically, any industry which uses carbon fibre composites could benefit,” Duncan Wass told Forbes. “At the consumer end of the market that could be sports equipment, bike frames, and so on.”

Forbes speculates that that ‘and so on’ could include anything from nail polish to cracked cell phone screens…if the price of producing the substance falls far enough to make it economically viable. Right now, the research group at Bristol says that “self-healing nail polish will have to wait”.