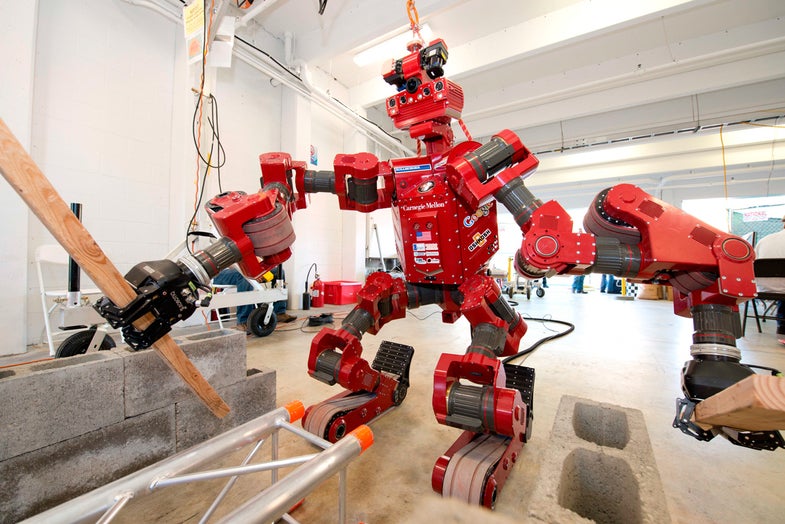 This month, 25 robots will traverse rubble, saw through walls, and drive a vehicle through a simulated disaster zone in the DARPA Robotics Challenge final showdown. The three-year competition–inspired by the Fukushima-Daiichi nuclear accident–is motivating the development of robotic technologies for use in hazardous environments. (A $2 million prize for the team behind the winning robot doesn’t hurt.) Just as the 2004 DARPA Grand Challenge led to self-driving-vehicle technology, this event could lead to dexterous robots for disaster response, advanced manufacturing, and warehouse automation.

A team at Carnegie Mellon University engineered its Highly Intelligent Mobile Platform, or Chimp, to excel in unpredictable terrain. “The greatest challenge of humanoid robots is balance,” says head of software Clark Haynes. “Chimp has static stability, so it’s never at risk of falling over and never actively balancing, because it doesn’t have to.” 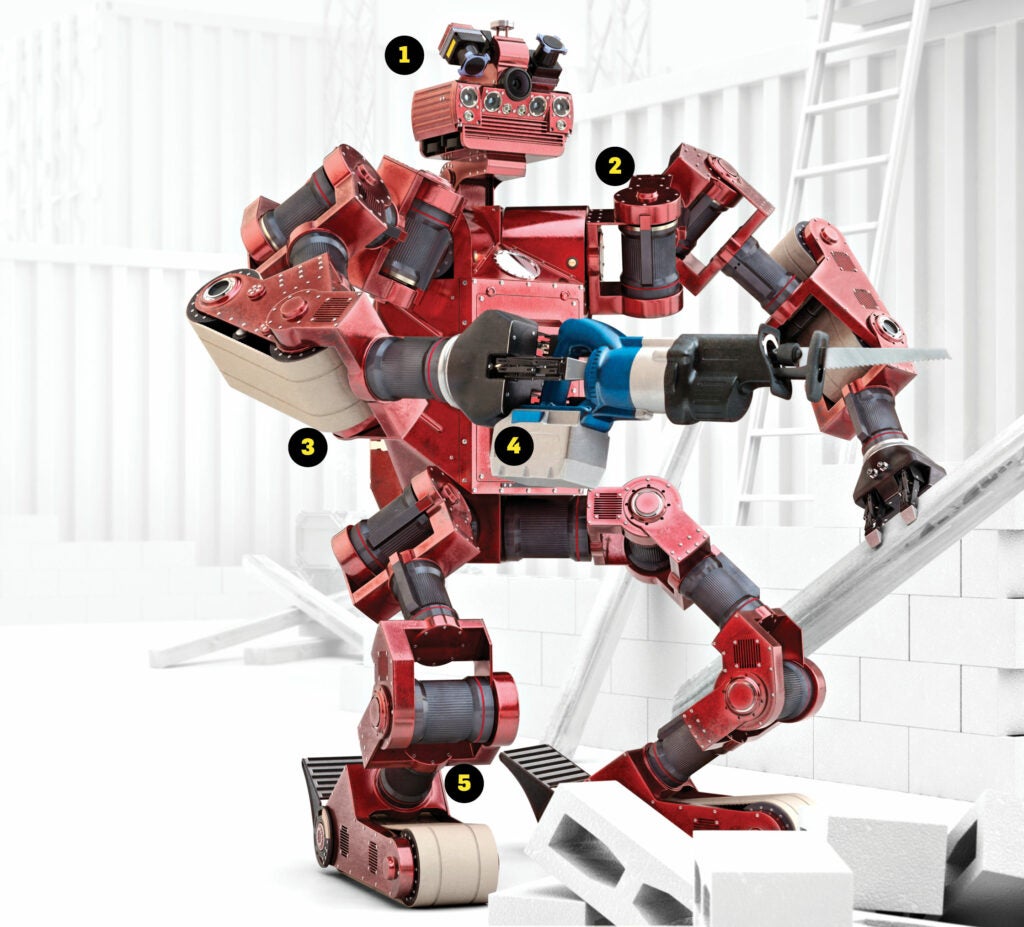 This article was originally published in the June 2015 issue of Popular Science, under the title “A Robot For Disaster Response.”