Eventually it will fly for four days straight, making only water as its waste product. But a journey of four... Eventually it will fly for four days straight, making only water as its waste product. But a journey of four days starts with a few minutes, so the chubby PhantomEye’s first autonomous flight was under half an hour.

The aircraft took off June 1 from NASA’s Dryden Flight Research Center, climbed to 4,080 feet and cruised at 62 knots in a flight that lasted 28 minutes, Boeing said Tuesday. When it landed, the gear dug into the lakebed and broke. 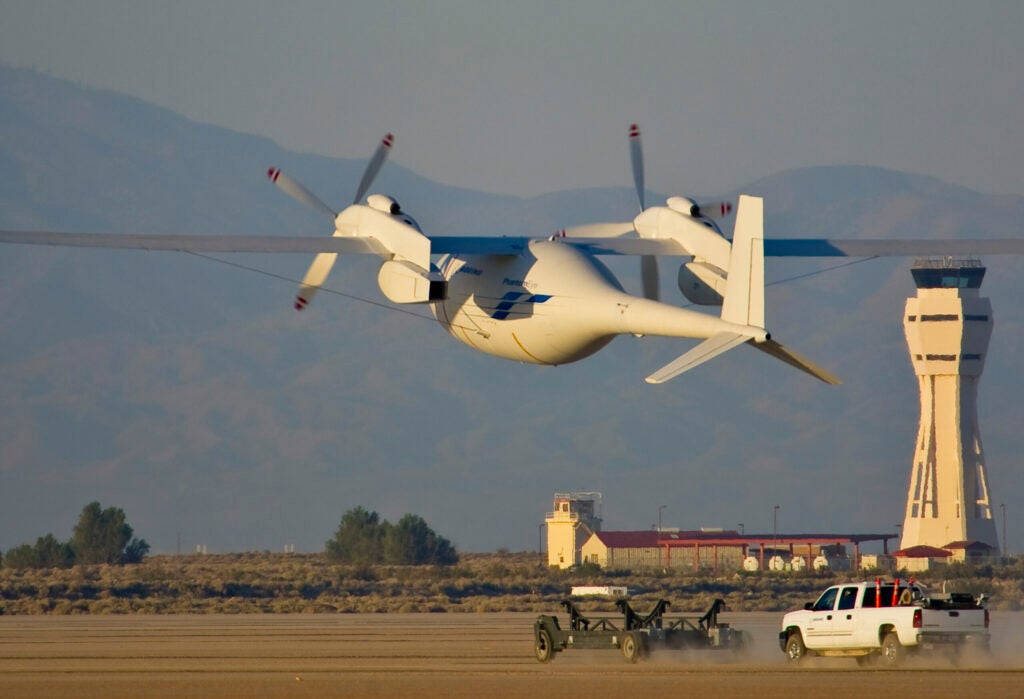 But Boeing officials were glad to see their persistent intelligence demonstrator take off and fly on its own. It uses a liquid hydrogen propulsion system, which will allow it to fly at 65,000 feet for four days. It can carry a 450-pound payload, too, but its goal is continuous surveillance.

It’s hard to tell from the pictures, but its wingspan is enormous, spanning 150 feet. Here it is in a hangar before its props were attached.

PhantomEye’s next task is a higher-altitude flight, Boeing said. The Phantom Eye sits without its propellers in a hangar at Boeing Phantom Works. Its wingspan is too long to capture the whole thing from any vantage point inside the building.
boeing
drones
hydrogen
Technology
Unmanned Aerial Vehicles (UAVs)