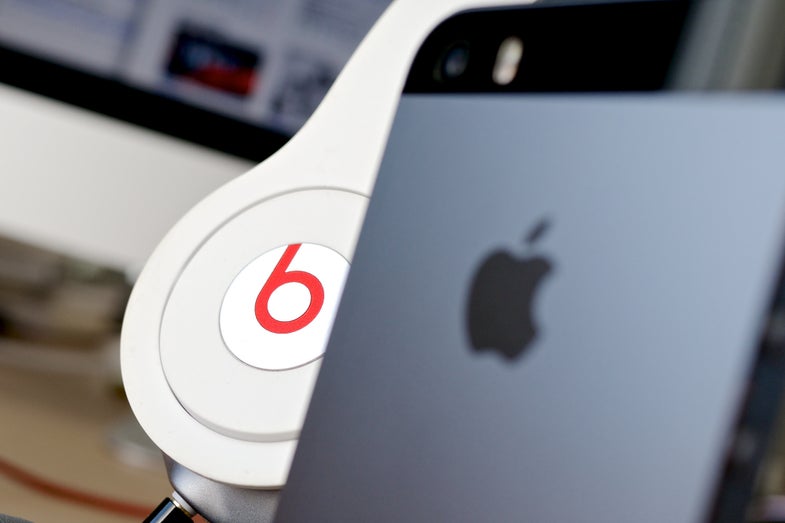 Apple just made itself relevant to music lovers—again. At its annual Worldwide Developer Conference (WWDC) on Monday, the company announced a new streaming music service for the iPhone, iPad, Mac, PC, Apple TV, and Android called Apple Music. The new subscription-based service allows people to search and stream millions of songs from iTunes and also listen to curated playlists.

Apple Music will cost $9.99 a month, or people can subscribe to a family plan for $14.99 a month that allows up to six people to simultaneously use an account. The company is offering a three-month free trial at launch. Apple Music will be available to the public on June 30th, and the Android app is scheduled for release later this year. The first ad was also posted online today:

The new service is expected to encourage longtime users of Apple iTunes to stop downloading music and start streaming music directly from the cloud. Roughly 41 million people are already paying for streaming music services such as Spotify and Deezer according to an Associated Press report. Although most recordings today are still sold through stores like iTunes, sales have been rapidly declining and experts believe that subscription-based streaming services could be the future of music purchases.

Data streamed over Apple Music will count against a phone’s cellular data plan, which could be a deterrent to any new customers of the service. Before being bought by Apple for $3 billion, Beats partnered with T-Mobile to allow subscribers to stream music that didn’t count against their data plan. T-Mobile is still running the campaign, but Apple iTunes and Beats is not listed on the services included in the deal.

Ahead of today’s announcement, Apple spent months building up its music division with big name artists. The company has reportedly staffed its iTunes Radio service with major artists such as Drake, Pharrell and Dr. Dre in order to lure more listeners over to its service. BBC’s Zane Lowe has also joined Apple to help curate stations. Several reports suggested that Apple was trying to get exclusive access to new albums from Kanye West and Beyonce, but the company did not include any exclusive album deals in the unveiling of the new service.

Apple Music will launch with its first 24/7 global radio station called Beats 1. The channel will be broadcast live in more than 100 countries. Legendary radio DJ Zane Lowe will be one of many people at the helm of the new radio station. Beats 1 will offer exclusive interviews, guests hosts, mixes and news in addition to new music.

Spotify CEO Daniel Ek appeared to be less than impressed with Apple’s new streaming music service. Ek tweeted, “Oh ok,” before deleting it just moments later. Spotify is currently free to use and offers an ad-free version of the service for $9.99 per month with the three months free—a nearly identical subscription plan to the one offered by Apple Music. Whether exclusive content or big name artists will be enough to lure customers over to Apple Music remains to be seen. For now, though, it appears that Apple Music is worth considering if you’re going to pay for a monthly music streaming service.

With additional reporting by Dave Gershgorn