Fruit juices have potentially dangerous levels of lead and arsenic

Here's what you should know. 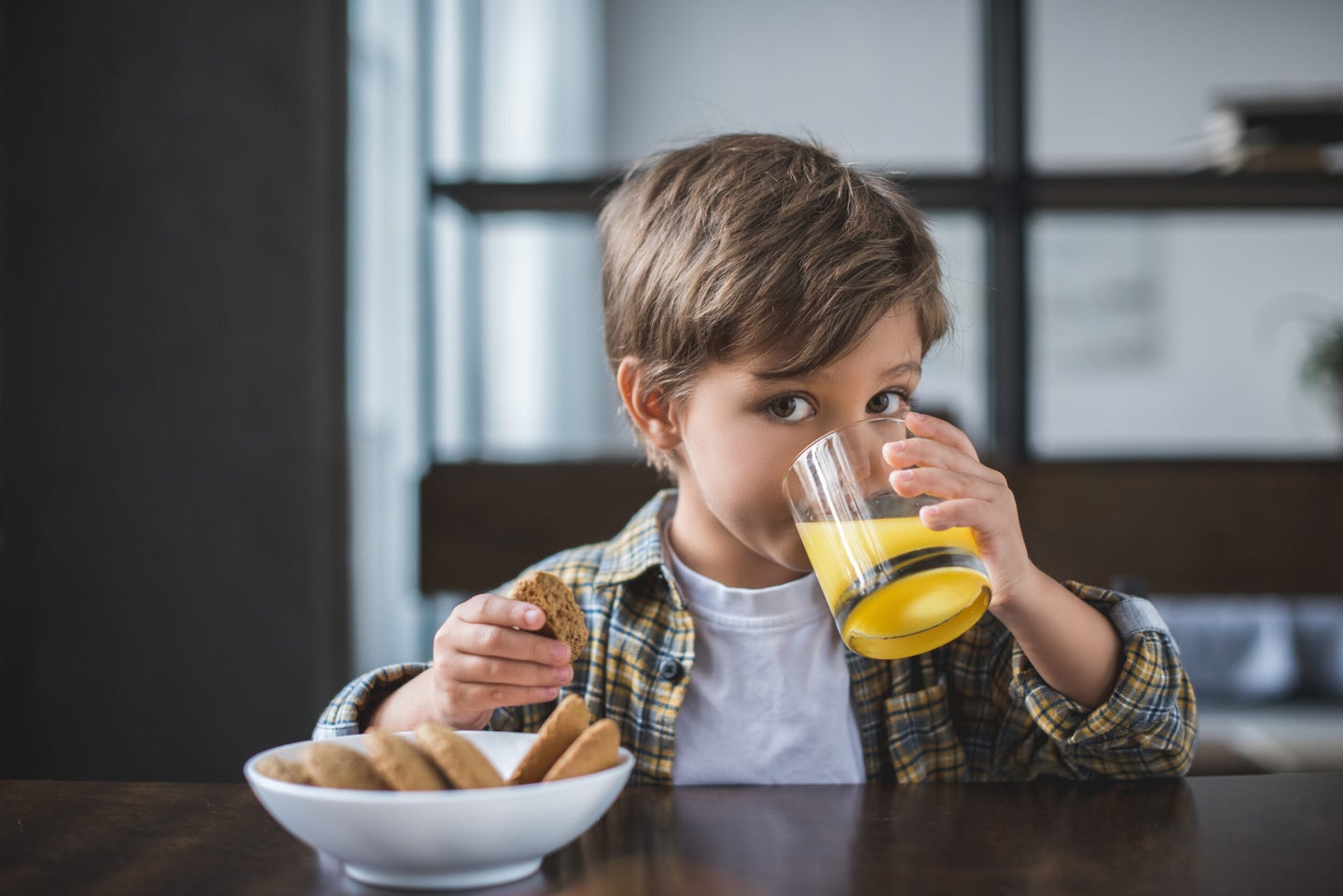 A new study from Consumer Reports found that 21 of 45 fruit juices tested had concerning levels of heavy metals. That means they contained amounts that could harm habitual juice drinkers even if they drank fairly typical quantities each day.

The findings, which CR describes as a “spot check” of the market as a whole, don’t mean that certain brands are being especially careless. Rather, they point to a broader issue about heavy metal contamination in foods and what levels are safe to ingest.

To do the study, Consumer Reports purchased 24 different varieties of fruit juice—grape, apple, and fruit blends of primarily grape and apple—using its secret shoppers to buy three samples of each product from around the country. They found potentially harmful levels of three heavy metals in some of them: cadmium, which currently doesn’t have a government-proposed safe level for consumption; inorganic arsenic, which has an FDA-proposed limit of 10 parts per billion; and lead, which has an FDA-proposed safe level of 50 ppb in juice. If you’re a juice-drinker or you have children who are, this information is worth knowing. But it’s just one example of a bigger issue in food safety surrounding heavy metal contamination.

Heavy metals are all around us, says Keeve Nachman, a food systems expert at Johns Hopkins’s Bloomberg School of Public Health. They’re in the water and soil naturally, and fruits eager for nutrients suck up these stowaways all the time.

We don’t yet have a great understanding of how amounts of these metals found in a typical American diet impact our bodies. “We are still trying to make sense of what these low-level, long-term exposures mean for health,” Nachman says. Knowing that would help consumers decide how careful they should be about what they eat.

But government inaction is also an issue, according to Consumer Reports. Take a look at arsenic, for instance. After years of concern about arsenic levels in apple juice, the FDA has been working to establish a safe level. It’s settled on 10 ppb, the same as the safe level for drinking water. But a panel of experts suggested a much lower safe level, says Nachman—more like 3-5 ppb. The agency aimed higher because, for some parts of the country, bringing water supplies in line with the lower level would be extremely costly.

These three heavy metals don’t arrive in food because of negligence, says Nachman. But broadly speaking, food producers could be doing more to monitor the crops they’re getting—and do it more transparently.

“Some also noted that heavy metals can be naturally occurring,” writes Hirsch. While this is true, some heavy metal additions are the result of fertilizer use and other factors, Nachman says. For example, fields previously treated with lead arsenate, a once-common pesticide that is now banned, continue to be contaminated with extra arsenic until given an expensive treatment.

Consumers should pay attention to these kinds of alerts, Nachman says. The Consumer Report has suggestions for safe juice consumption levels: no fruit juice for anyone less than a year old, no more than four ounces of juice for anyone between the ages of one and three years, and no more than six ounces for anyone four to six years old. It stresses that these are guidelines, and you always have the option to cut juice out of your diet altogether. “I think for food that’s not essential, it’s not that big a deal,” says Nachman. “It’s trickier when you talk about things like rice.”

Correction: A previous version of this article referred to lead arsenate as a fertilizer. It is in fact a pesticide. We regret the error.