The holiday season can be deadly for hospital patients

A study says you're more likely to die if you're discharged during festive times. 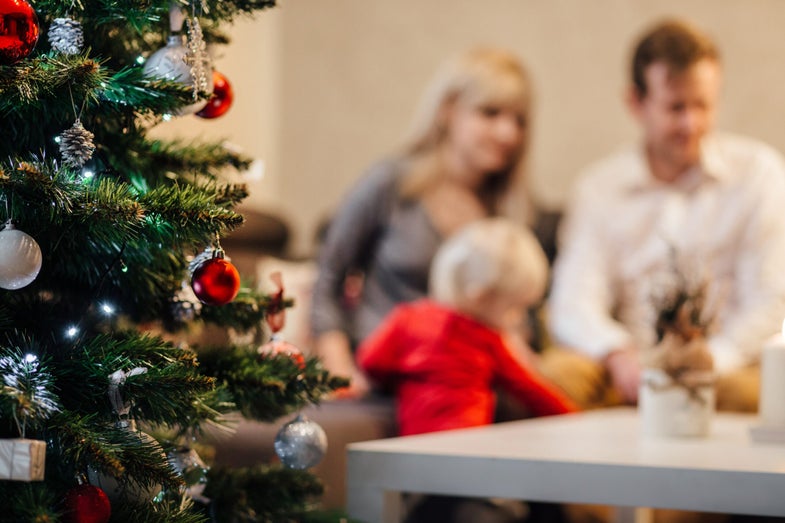 Everyone’s a little more lax during the holidays. For most of us, that just means gaining a little weight or slacking off a bit in the office. But it turns out being less regimented around Christmas and New Year’s might literally be deadly for some people.

This shouldn’t really come as a shock to any of us. It’s a well-documented fact that patients admitted to the hospital on a weekend have a higher mortality rate than those whose emergencies happen to fall on a weekday, which experts have attributed to understaffing and delayed test results. A group of doctors and researchers in Toronto wondered if a similar phenomenon might apply to the holiday season.

A brief editorial note that this particular study is in the annual British Medical Journal Christmas issue, a special volume dedicated to weird, funny, or seasonal studies. They’re all still peer-reviewed and held up to scrutiny, but they’re also supposed to be more like intriguing little experiments than serious papers. And now we continue…

There are lots of reasons that the holiday season might bring more death and havoc than usual. For starters, most of us don’t want to spend these special days sitting in doctors’ offices. People who are discharged from the hospital are often supposed to have a follow-up appointment both to ask about any issues and so the physician can ensure the patient is improving. If you’re let out on December 23 and you’re supposed to come back in a week, are you really going to schedule your appointment right before New Year’s Eve? You’ll probably delay it. Maybe the staffer who was supposed to call to schedule it won’t even get around to contacting you until later than normal. On an individual level, these little delays probably won’t matter—this study is not proof that someone who gets sick or hurt on Christmas will definitely fare worse than at other times of year. But as these researchers found out, these minute differences do add up across a population.

In their study, they found that for every 100,000 people treated during the two-week holiday season that spans Christmas and New Years, there are approximately 23 deaths, 188 re-hospitalizations, and 483 ER visits that can be chalked up to what they call the “Christmas effect.” They figured this out by analyzing data collected from Ontario hospitals between 2002 and 2016, comparing the holiday season to other two-week periods in November and January that weren’t plagued by Christmas cheer. The people released at the end of December were more likely to die or to be readmitted to the hospital in the month following their discharge. Their increased risk was only about 14 percent—but again, that small percentage adds up.

The researchers speculate about a number of reasons that holiday festivities might interfere with health. Patients might have less access to non-emergency care, for one, or they might have trouble actually booking an appointment with the necessary physician—they take time off too, you know. And if the meeting is inconvenient for the doctor or the patient (or both), that appointment is likely to get pushed back, perhaps long enough for a problem to arise. On top of all this, patients might not get the best care as they leave the hospital in the first place. Nurses in charge of giving instructions on how and when to take medication or teaching a patient how to dress a wound may slip up when they’re short-staffed and pressed for time.

As much as we’d like to believe that the people in charge of our care—ourselves included—will always do their absolute best job, we’re all human. Every healthcare worker has made a mistake, just like every one of us has failed to get to the dentist early or been late with our annual physical. Life happens. And when circumstances stack up to affect thousands or millions of patients, like during the holidays or on the day when new doctors begin their jobs, there’s probably going to be a slight downturn in care. Heck, we even see a health effect from entire countries missing an hour of sleep during daylight savings.

None of it is a reason to freak out. It’s just a timely reminder to be vigilant about your health. No one is going to care more about your body and its well-being than you are—so make sure it’s taken care of.