Teething necklaces, gels, and rings can be dangerous. Here’s what to use instead.

The FDA warns that jewelry marketed as baby-safe is anything but. 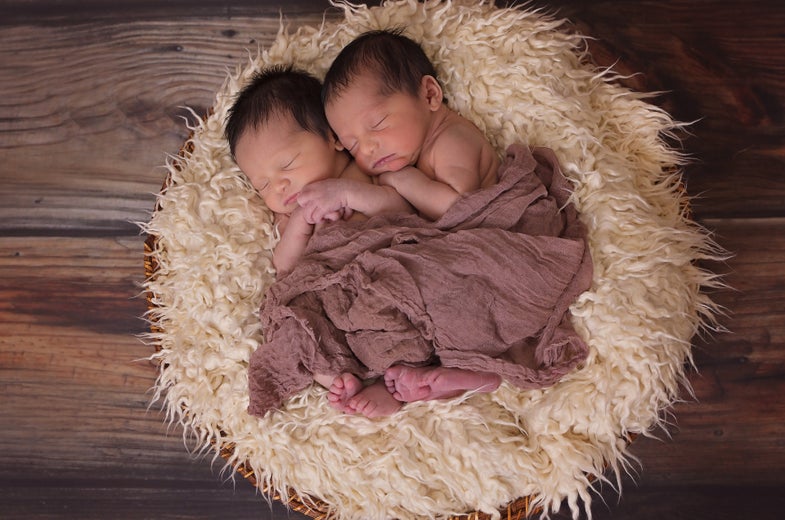 As if new parents didn’t already have plenty to be paranoid about, the Food and Drug Administration just issued a warning about babies sustaining serious injuries—and even dying—while gnawing on teething jewelry.

Beaded necklaces and jewelry made of hard plastic are tempting tools for a parent with a teething baby. As new teeth grow in, infants’ mouths can get very tender and painful, and chewing on something can really help soothe them. If you, as a busy new parent, can wear the device that eases their pain—or even put it on the baby for easy access while they nap—well, that’s one small convenience in a period of major inconveniences.

But beaded strings can break, and what was once a perfectly safe strand of plastic spheres can turn into a choking hazard. The FDA got a report about a seven-month-old who had to go to the hospital after nearly inhaling one, and that was while the child was under parental supervision.

Perhaps even worse, the jewelry can not break—some teething necklaces designed to go on the babies themselves can get caught on cribs and strangle children. One 18-month-old, the FDA reports, got his amber necklace tangled up and died while taking a nap. That was the only such death the FDA has heard about, but the warning is still important: few of the tactics parents use to soothe a teething child are effective, and many cause more harm than good.

The FDA recommends staying away from a lot of what’s currently on the market for teething babies. That includes jewelry, from anklets to necklaces to bracelets, regardless of whether the parent or child is supposed to wear it. Some of these are made from amber, which purportedly releases an anti-inflammatory called succinic acid. Unfortunately, not only is there no evidence that that happens, but it’s not even clear whether it would be safe for babies if it did. The FDA hasn’t evaluated these devices. But amber—like plastic, glass, or wooden beads—definitely poses a choking and strangulation hazard.

Parents should also avoid gels and creams that claim to numb or otherwise ease pain in babies’ gums. The American Academy of Pediatrics points out that even when they do work, these ointments wash out of a baby’s mouth within minutes, and so end up being fairly pointless. Some even contain dangerous substances. Various homeopathic remedies contain belladonna, which is a potent poison, and since these sorts of remedies aren’t regulated or tested, you can’t be sure that you’re not giving your child a dangerous dose. The FDA has found that some of these remedies contain much higher levels of belladonna than packaging claims. Other gels use benzocaine, which is safe in adults but can cause methemoglobinemia, a condition where not enough oxygen gets into the bloodstream, in children under two. Methemoglobinemia can be deadly.

You should also steer clear of frozen teething devices: the American Academy of Pediatrics notes that this can make the toys hard enough to damage young gums. Popping such products into the fridge instead of the freezer can provide a soothing chill without turning them into rock-hard hazards.

What you should actually do

There are really only two things that the AAP does recommend for teething pain:

With both options there’s no risk of injury or death, and the AAP notes that the reality is that this is all you should need to soothe a child’s discomfort. If your baby is miserable or running a fever, that’s probably more than teething pain—and the AAP advises that you go to the pediatrician. A little fussiness, as well as a loss of appetite and trouble sleeping, are all perfectly normal, and don’t require drugs or necklaces to solve. Work on your gum-massaging technique, get some firm rubber teething rings to keep on rotation in the fridge (not the freezer), and remind yourself that teething won’t last forever.